Mahershala Ali's vampire slayer is coming to the Marvel Cinematic Universe, but will fans really have to wait until Phase Five? 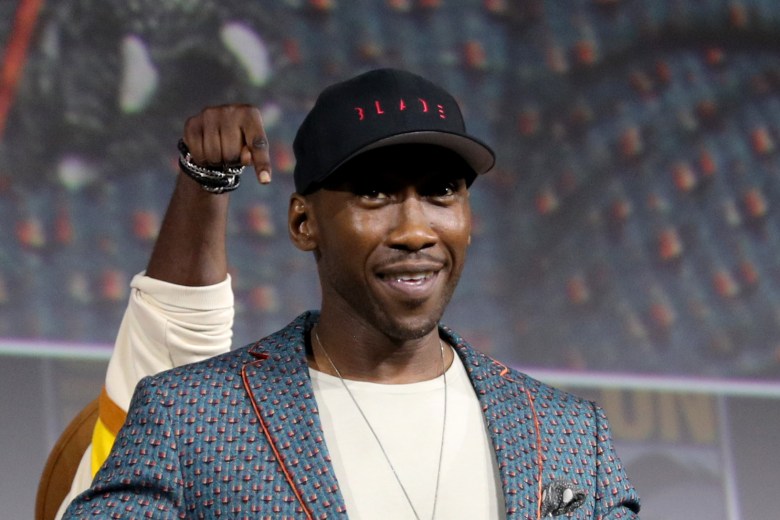 Marvel Studios dominated Comic-Con 2019 with the announcement of its Phase Four films and television event series, but no single bit of news broke the internet quite like the confirmation that two-time Oscar winner Mahershala Ali will be entering the Marvel Cinematic Universe as vampire hunter Blade. The comic book character was famously played on the big screen by Wesley Snipes in “Blade” (1998), “Blade II” (2002), and “Blade: Trinity” (2004). Although Marvel Studios president Kevin Feige revealed back in 2013 that movie rights to “Blade” had reverted from New Line Cinema to Marvel, the majority of MCU fans had no idea the vampire slayer was ready to make his MCU debut.

Following the big Marvel presentation at Comic-Con, Feige spoke briefly to Fandango about how Blade took shape in the Marvel Cinematic Universe. One of the big reasons was Ali himself, who pitched himself for the character shortly after winning his second Oscar. Feige also said that the introduction of Doctor Strange into the MCU helped him realize that Blade could be effortlessly woven into the larger narrative.

“We have for years wanted to find a new way into Blade,” Feige said. “We love that character and we love that world. Now with Doctor Strange and the supernatural elements coming into the MCU, it felt like we could definitely start exploring that. Mahershala wanted to come and meet with us. And when he wants to meet, you take the meeting. He had just come off of his second Academy Award. And we were talking very polite and he just got right to it and said ‘Blade.’ And we were like, ‘Yes.'”

Feige told Collider that Ali’s standalone Blade movie won’t happen until Phase Five of the MCU, but that doesn’t necessarily mean the character won’t pop up somewhere during Phase Four. The “Doctor Strange” tease suggests Blade could be introduced in “Doctor Strange in the Multiverse of Madness,” set for release in May 2021. Marvel is billing the “Doctor Strange” sequel as its first horror movie, so it wouldn’t be too far out of left field for vampires and Blade to show up.

Phase Four of the Marvel Cinematic Universe begins May 1, 2020 with “Black Widow.” Watch Feige’s comments on Blade in the video below.

“When Mahershala Ali wants to meet, you take the meeting.”

Kevin Feige reveals that Mahershala Ali presented Marvel with the idea of bringing #Blade into the #MCU. #SDCC pic.twitter.com/yMjIiI69Hf

This Article is related to: Film and tagged Blade, Mahershala Ali, Marvel