Both instances marked an "end of an era" in Hollywood, Pitt tells The Sunday Times. 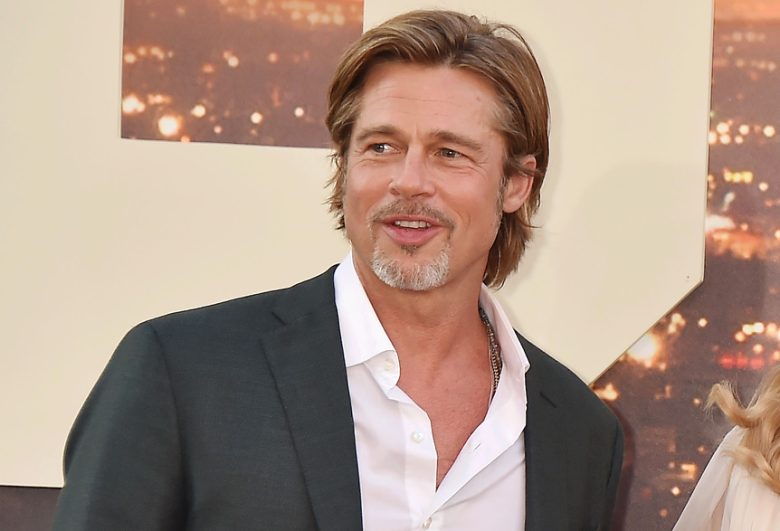 In an interview with The Sunday Times (via The Independent), Brad Pitt compares the effects of the Manson murders on Hollywood to that of Harvey Weinstein’s alleged sexual harassment and abuse. Pitt’s latest film, Quentin Tarantino’s “Once Upon a Time in Hollywood, is set in 1969 and flirts with the real history of the Manson family cult and the tragic death of Sharon Tate (played in the film by Margot Robbie). Pitt was joined for the Sunday Times interview by his “Hollywood” co-star Leonardo DiCaprio.

“When my parents described it,” DiCaprio said in the interview, “it was as the end of this idealized revolution. My parents are still hippies, but it was the loss of this dream. As Quentin describes, you sort of portray this utopia, but there is a mildew around the canvas that brought the darkness of humanity into play and ended a lot of my parents’ hopes for how they could infuse that ‘love and peace’ ideology into the rest of the world. It all sort of crashed, and ended so much that some talk of it as a conspiracy. It was the total end of an era — immediately.”

Sunday Times reporter Jonathan Dean asked the two actors if anything had rattled Hollywood to a similar extent in the decades since Manson, to which Pitt answered, “Harvey Weinstein. Is that bad taste? [Like the Manson murders], it’s more that I think we’re getting recalibrated. But [this time] in a good way.”

Over 100 actresses around the world have accused Weinstein of sexual harassment and/or abuse since October 2017, including Pitt’s former partners Gwyneth Paltrow and Angelina Jolie. Paltrow revealed to The New York Times that she had told then-boyfriend Pitt about Weinstein’s harassment, which led to a confrontation between Pitt and the studio mogul. Paltrow later told Howard Stern that Pitt threatened Weinstein, saying, “If you ever make her feel uncomfortable again, I’ll kill you.”

“It was the equivalent of throwing him against the wall, energetically,” Paltrow told Stern. “It was so fantastic because what he did was, he leveraged his fame and power to protect me at a time when I didn’t have fame or power yet. He’s the best.”

Tarantino’s “Hollywood” is his first release not working with Weinstein, who previously released every Tarantino movie under his Miramax and The Weinstein Company distribution banners. Tarantino revealed in October 2017 that he was aware of Weinstein’s behavior to a certain degree and admitted he should have stopped working with him earlier in his career.

Pitt’s role in “Hollywood is now playing in theaters nationwide from Sony Pictures.

This Article is related to: Film and tagged Brad Pitt, Harvey Weinstein, Once Upon a Time in Hollywood