At this year's Toronto International Film Festival, The Boss will make his feature directorial debut alongside his "Springsteen on Broadway" director Thom Zimny. 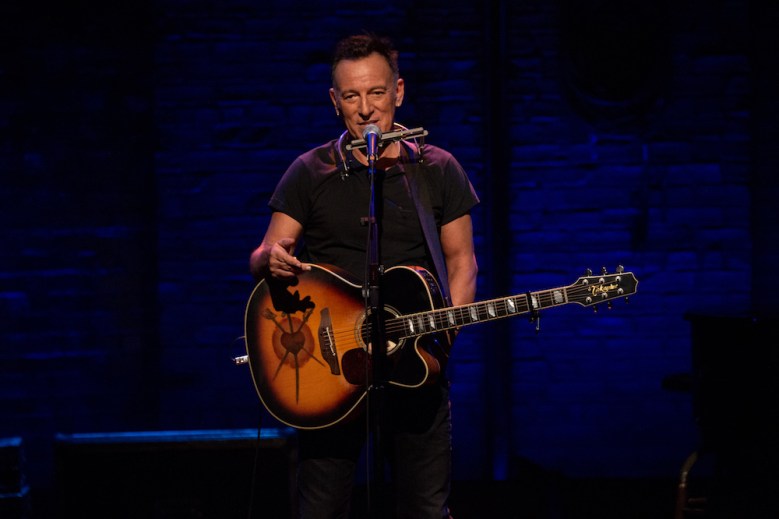 A new film from director Thom Zimny and American legend Bruce Springsteen isn’t exactly big news — the pair have, after all, worked on such wide-ranging projects as “Springsteen on Broadway” and “The Promise: The Making of Darkness on the Edge of Town” together over the years — but their latest filmed spin on Springsteen’s music does offer something fresh: Springsteen as co-director.

This year’s Toronto International Film Festival will play home to “Western Stars,” credited to both Zimny (just Emmy nominated last week for Outstanding Directing for a Variety Special for the Netflix special “Springsteen on Broadway”) and Springsteen in his feature filmmaking debut.

“We have Bruce Springsteen’s directorial debut at the festival, I think he’s got a big future ahead of him,” TIFF Artistic Director & Co-Head Cameron Bailey told IndieWire during a recent interview about the festival’s newly-announced first slate.

In June, Variety reported that The Boss himself phoned in to the E Street Radio channel on Sirius XM to talk about the album of the same name (released last month) and the unexpected addition to his filmmaking career, though he didn’t mention his directing contributions at the time. “We made a film of us playing the ‘Western Stars’ album start to finish, plus some other things,” Springsteen said. “I knew we weren’t going to tour, so I figured this was the best way to do it.”

Bailey, however, shared that the film is more than just a standard concert film: those “other things” Springsteen hinted at earlier this year seem to have resulted in an inventive-sounding take on the genre, one that Zimny and The Boss have already had success in together.

“It’s largely performance, but there is a framing to it,” Bailey said. “It’s very filmic, which is what attracted me. The album and the film are both about this fading Western movie B-level star who’s looking back on his life and the decisions he’s made. That narrative and that character shape all the songs.”

The style sounds similar to Springsteen’s recently wrapped Broadway show, which saw the singer and songwriter performing his biggest hits and interspersing them with longer monologues about their creation and place in his life, both personal and professional. With “Western Stars,” however, Zimny and Springsteen have also threaded in a new narrative.

“In between the songs, you’ve got Bruce really talking about this character he invented, the story he wrote for the character, and how it reflects back on his own life as he ages and other kind of narratives he’s had in his previous albums,” Bailey said.

“Western Stars” is one of many hot acquisition titles at the festival, and Bailey shared that many distributors have “expressed interest already.” The film will premiere in the Galas section of the festival in September.