The "Thirteen" director has landed on her next project, about a viking warrior who vows to topple the patriarchy. 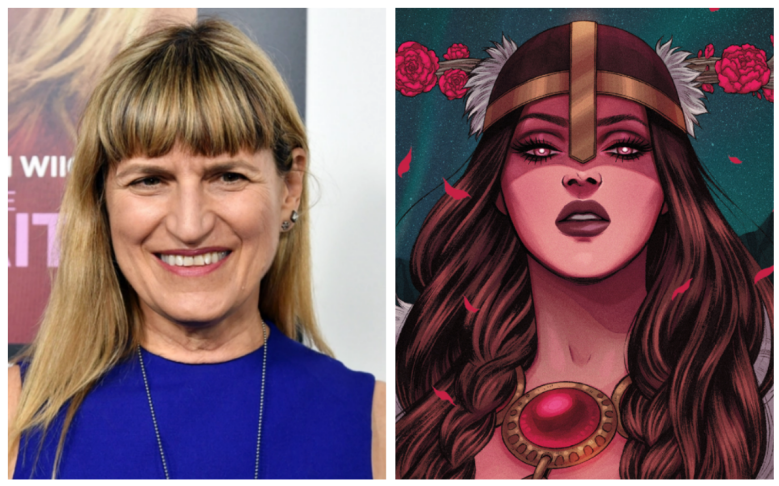 Catherine Hardwicke, director of “Thirteen” and “Twilight,” has signed on to direct lesbian viking film “Heathen,” Deadline is reporting. The project is an adaptation of the acclaimed Vault Comics series of the same name, which was created, written, and drawn by Natasha Alterici. The story follows fierce Viking warrior Aydis, who is scorned by her village for kissing another woman and declares a one-woman feminist war against the ultimate patriarch, Odin, the god-king of Asgard and all-seeing father to thunder-god Thor. The series is said to blend feminist and queer themes into the established stories of Norse mythology.

Hardwick will direct off a script by Kerry Williamson, whose credits include Tyler Perry’s “Alex Cross” and the Netflix film “What Happened to Monday?” Williamson is currently working on a project for “John Wick” director Chad Stahelski, adapting the bestselling fantasy series “Sandman Slim.”

The project is being backed by independent German distributor Constantin Film, best known for the “Resident Evil” horror franchise. “Heathen” will be part of the company’s two-year deal with Adrian Askarieh’s Prime Universe Films.

“The entire ‘Heathen’ team and I are incredibly excited about adapting my little lesbian viking comic for film, especially with a kindred spirit like Kerry writing it,” Alterici told Deadline. “I’ve been a film fanatic for longer than I’ve been a comics fans, and that my working in one format would lead to another is nothing less than a dream come true.”

With Marvel Studios and Disney recently announcing that Tessa Thompson’s Valkyrie would officially be Marvel’s first openly LGBTQ+ superhero, the race for representation is on. Still, although the character is now canonically queer, audiences won’t see a queer storyline for Valkyrie until at least 2021 in “Thor: Love and Thunder.” With Hardwicke at the helm of “Heathen,” and the comic’s explicit queer sex that is central to character’s origin story, the indie could easily eclipse Marvel’s so far pretty flimsy queer representation.

This Article is related to: Film and tagged Catherine Hardwicke, Heathen, LGBT