In addition to voicing several characters in the film, Chance's job was to "tell them what '90s kids like about 'Lion King.'" 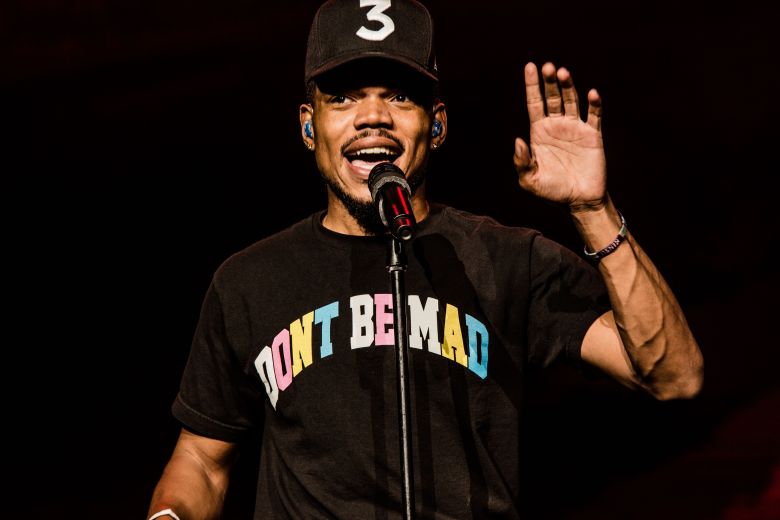 Thanks to “The Lion King” star Donald Glover, Chance the Rapper’s “nostalgia consultant” gig on the Disney film turned into some voice acting work. Chance grew up obsessively watching the 1994 original animated movie and Glover, who voices Simba in this year’s remake, knew that.

Glover “contacted me while they were working on it,” Chance said on “The Tonight Show Starring Jimmy Fallon” Tuesday. “He said, ‘I told Jon Favreau, the director, that you were a huge fan and he wants you to come in as a kind of nostalgia consultant to tell them what ’90s kids like about ‘Lion King.””

The 26-year-old Chance posted on Instagram last week that he couldn’t get enough “Lion King” while growing up — he loved the animated film and its sequels, the “Timon & Pumbaa” TV show and the broadway musical and its soundtrack. “Needless to say the original film was immensely impactful on my music and overall life,” he wrote.

Here’s a short story. I grew up my whole life obsessed with all things related to #TheLionKing; like all three films, the Timon and Pumbaa tv show, the broadway play and especially the broadway soundtrack. Needless to say the original film was immensely impactful on my music and overall life. So when my big bro Donald got casted as Simba, he did the coolest thing ever and told director Jon Favreau to call me in as a consultant to keep the original flavor. So for about a year I would go to the LK studio and see early animations, scenes, music direction or assemblies and they’d always be out of this world amazing. One day I’m there Jon asked me to do some singing stuff, another day he asks me to do some lines. Its all a blur, but I’ll tell u its one of the best blurs of my whole life. I am so blessed to know people like Donald and Jon man. AMAZING FILM, AMAZING CAST AND AN AMAZING NIGGHT LAST NIGHT. GOD BLESS AND LONG LIVE THE KING

He voices multiple characters in Favreau’s version, including some singing parts and provides the distinct sound of antelopes grazing, which he demonstrated on “Fallon.”

He previously starred in the A24-backed live-action horror-comedy “Slice.” Before that film’s 2018 release, Chance said he wasn’t too crazy about shooting movies, but said he loved the creative process of filmmaking and the reward of seeing a finished work.

Chance was on “The Tonight Show” promoting his new album, “The Big Day,” out July 26.

This Article is related to: Film and tagged Chance the Rapper, Disney, Donald Glover, The Lion King