"The Movies" is a gateway to discovery: it's designed to get people interested. 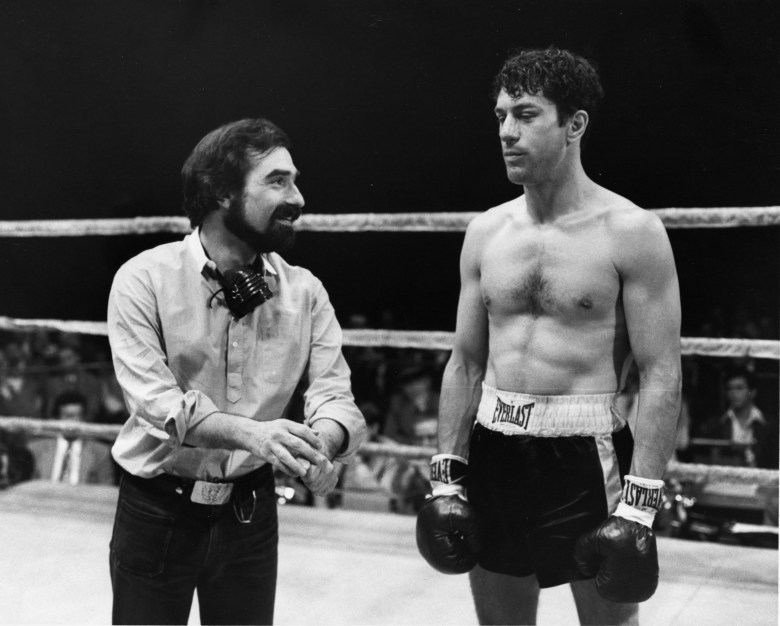 CNN premiered the first episode in Tom Hanks and Gary Goetzman’s six-part summer series “The Movies” Sunday night, 84 minutes devoted to the 1980s. Subsequent installments cover the 90s and post-2000 and then turn back to the 70s, 60s, and the bulk of core film history — 1930-1950 — crammed into the finale. Silent film, it seems, was not worth a mention.

First of all, this series is not targeted at erudite cinephiles who know their film history. Any self-respecting TCM watcher is too sophisticated for this breezy look at “The Movies.” Clearly the producers are trying to draw younger audiences who might be vaguely familiar with some of the movies here, from Steven Spielberg’s “E.T.” to Martin Scorsese’s “Raging Bull.” (Both directors are on hand to comment.) Snobby old Hollywood lovers sometimes forget that for today’s 18-year-old film fan devouring classic films made before they were born, Tom Cruise’s “Risky Business” is more ancient than Frank Capra’s “It Happened One Night” was to their counterpart in 1970.

“The Movies” is a good thing, a gateway to discovery designed to get people interested. The producers have wisely chosen to let their smartly-chosen clips — ranging from the quite familiar to not the usual suspects — do the heavy lifting. And a top-drawer group of filmmakers (Edgar Wright! John Singleton!) add commentary, plus a motley crew of writers, scholars, and historians (including IndieWire’s editor-at-large Anne Thompson) who all advance the narrative. White men dominate the wider discussion, while for the most part women and people of color discuss movies presumably targeted at them. 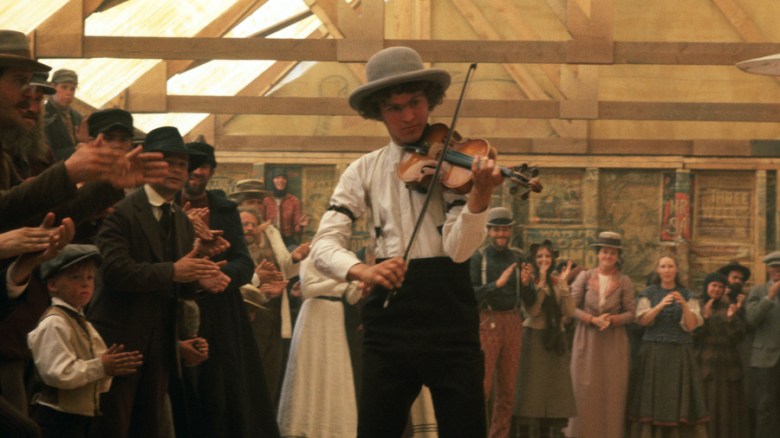 This format tends to lead to sweeping statements that are not supported: Michael Cimino’s massive flop “Heaven’s Gate” is cited as the end of auteurist studio cinema, followed by multiple examples of films with the director as author, from Spike Lee to Oliver Stone. James L. Brooks’ “Terms of Endearment,” in another example, is cited as Hollywood’s the first “dramedy” — drama merging with comedy and tragedy — ignoring such precedents from Chaplin (“City Lights”), Renoir (“The Rules of the Game”) and Billy Wilder (“The Apartment”).

The claim that 1980s films often revealed a world that was not as rosy as things seemed can be made about any era, particularly the 1950s, when the greatest studio films often presented a scary, unsettled world in contrast to what television was broadcasting at the time. The whole genre of film noir from the 1940s and beyond relied on this as a core element.

The often simplistic analysis in “The Movies” is edited from expert comments into the appearance of reasoned analysis that can be glib, shallow, misleading, and too often just plain wrong. 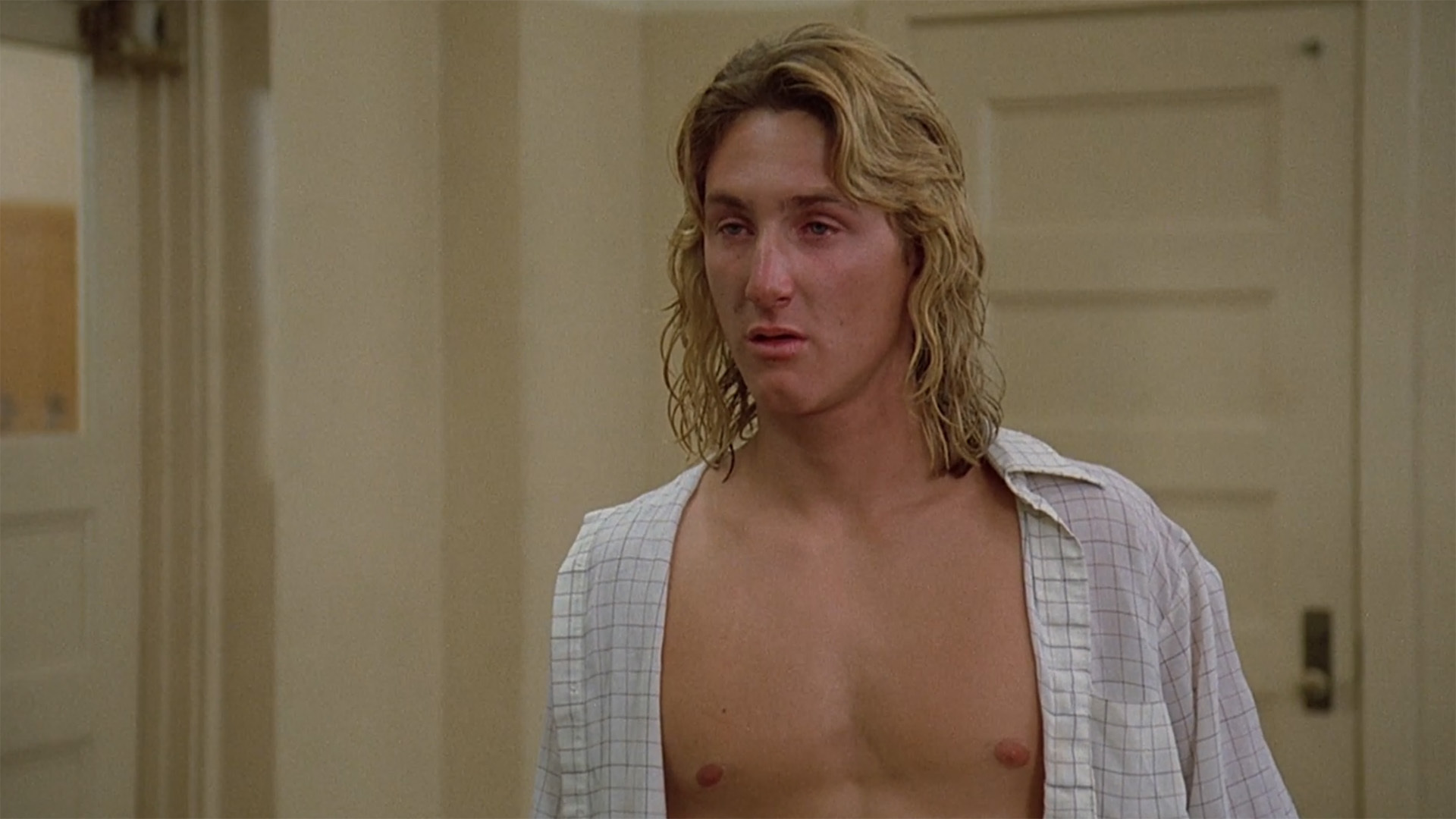 We can hope that as “The Movies” proceeds, the analysis will get deeper. For “The Eighties,” at least, the series gives short shrift to the rise of women directors in that decade: Elaine May, Joan Micklin Silver, Amy Heckerling (cited once), Penny Marshall, Susan Seidelman, Martha Coolidge, and Donna Deitch all introduced key works, many in a studio context. And the show betrays a distinct American bias. Other than a handful of English language British, Australian, and one Italian film (mostly Oscar winners), we’re seeing U.S. made films. Clint Eastwood will certainly be given his due later. But he was the single biggest star of the 80s, and this period showcased his most popular films.

Here are some key things “The Eighties” missed. 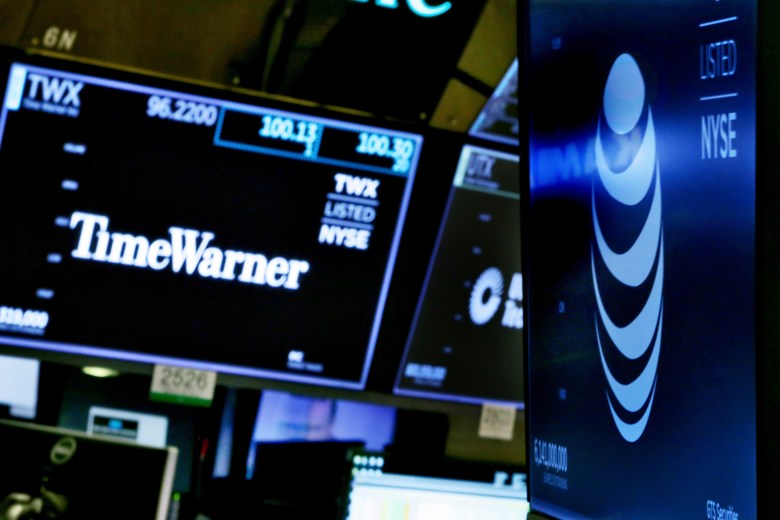 1. The rise of home video and cable.

Nothing since the rise of television in the 1950s (and now the transition to streaming) had more importance than home video, which started the decade as a new, niche item and ended as a dominant force. Its economic impact in providing additional revenue was central to production at a time when funding was dicey.

For the first time in the history of film, a consumer could have control over when they watched a film. This gave rise to frequent repeat viewing. Cable had a similar impact with its frequent reshowing of the same films, when in the past a TV station might show a title once a year. The idea that moviegoing equals going to a theater was subverted radically in the 1980s, with an impact still felt today.

2. Studios started to be tied to entertainment units not solely dependent on movie revenues.

At a time when the entertainment culture was elevating film to a level of seriousness and media interest, the companies making movies were no longer just in that business. In some cases, continuing a trend that began in the 60s, many studios were acquired by conglomerates with bottom line interests — and no commitment to cinema. With the the rise of big-media corporations, MBAs and agents became more important to the entertainment ecosystem than the old school moguls, who, for all their faults,  obsessively cared about movies. That remains true to this day. 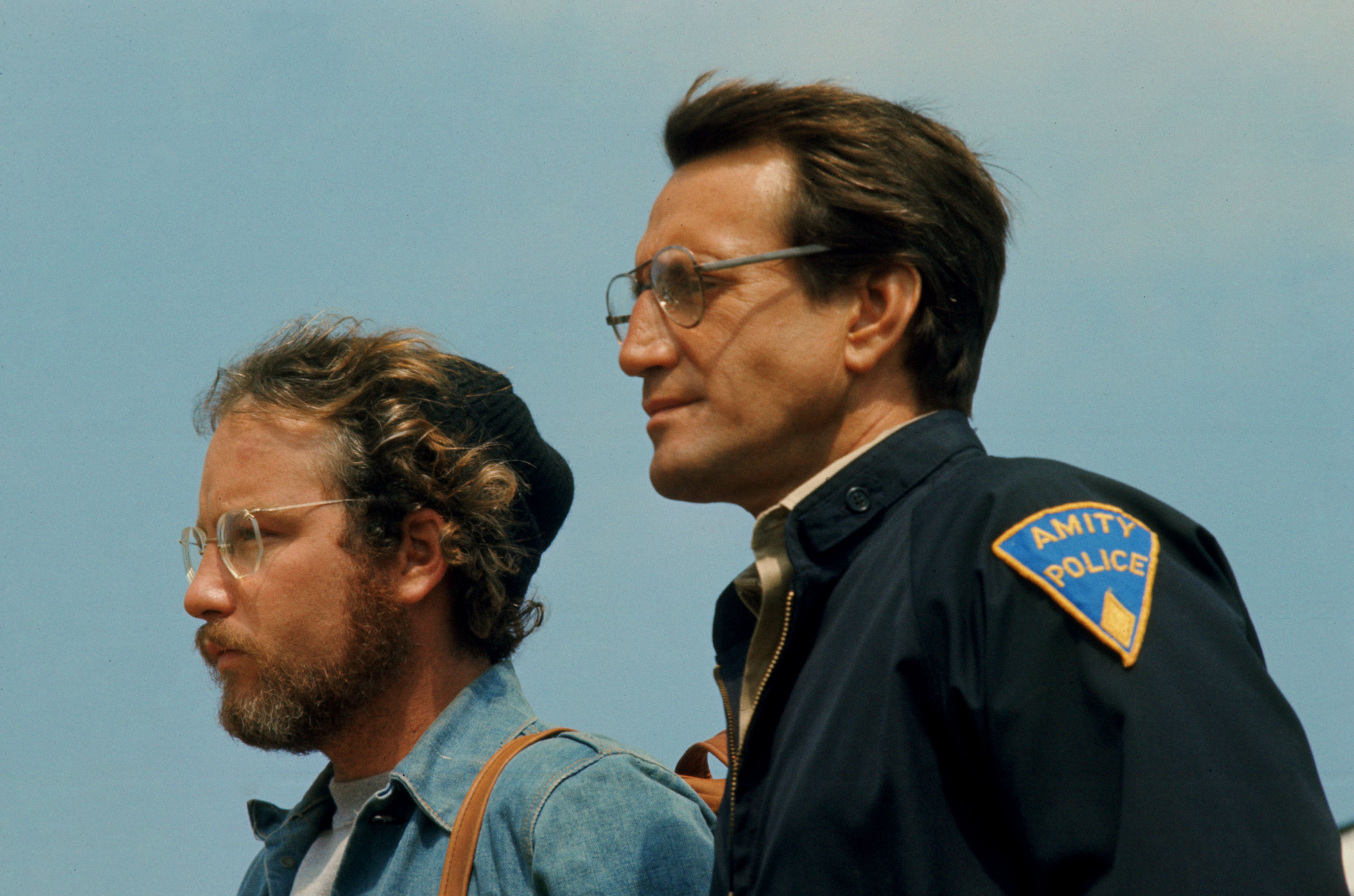 3. The distribution model completed the switch to wide releases and multiplex theater play.

Again, this trend had begun with “Billy Jack” and “Jaws,” but it was transitional. By the 80s it was the norm for all but a few releases. All Hollywood leaned into the idea of the TV marketing blitz ahead of a four-quadrant blockbuster and the need for easy-sell, branded pictures that grabbed audiences on the opening weekend. In other words, play it safe with proven elements. Maybe “The Movies” will dip into these market forces as they proceed into “The Nineties.” Stay tuned.

The 80s also saw test-screening models replacing gut instinct in the final shape of a release (the revised ending of “Fatal Attraction” is mentioned). This practice continues today. The sense of film as product to be shaped for the widest appeal (now extended to a one-size-fits-all including international) triumphed in the 80s. 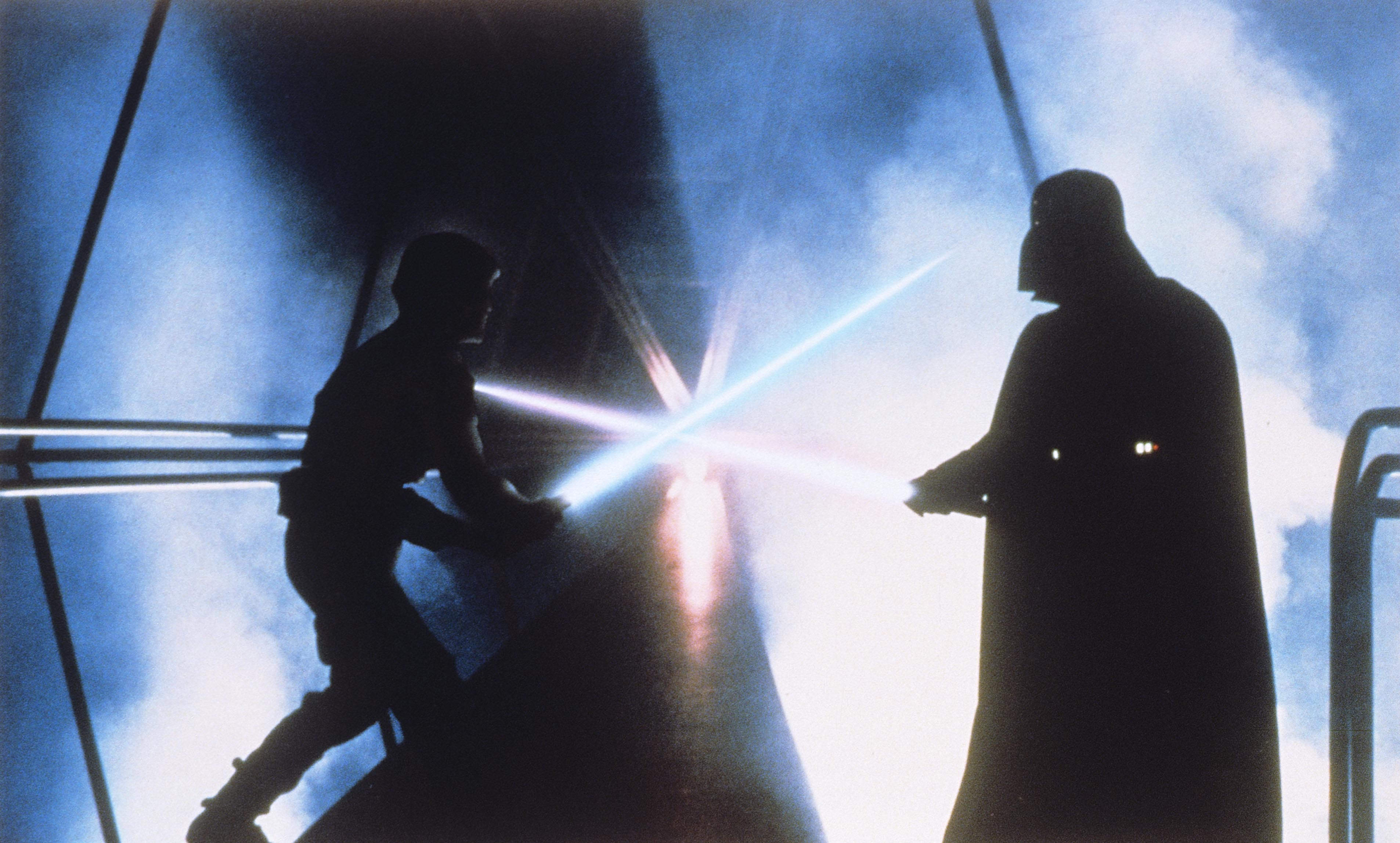 “The Empire Strikes Back”

4. The 80s locked in the model of franchise and sequel filmmaking.

With few exceptions, top hits before the 1980s rarely had sequels. There have always been series, though in the prime studio era they were considered low-grade and routine. That “The Godfather” spawned an immediate sequel, and one made by the same people, and rose to the original film’s quality and box office was a game changer in the 1970s. But in the 1980s it became routine.

1980 had one sequel among the top 10 films of the year. 1989 had four, plus three more that begat franchises. The program mentions Tim Burton’s “Batman” and recognizes it as a breakout comic book movie (though the Superman” films preceded it). But the importance of the success of sequels to “Star Wars,” “Raiders of the Lost Ark,” “Back to the Future,” and “Lethal Weapon” as the new standard is probably the single greatest shift during the decade. A handful of these are included here, but not this crucial transition to a new ideal. 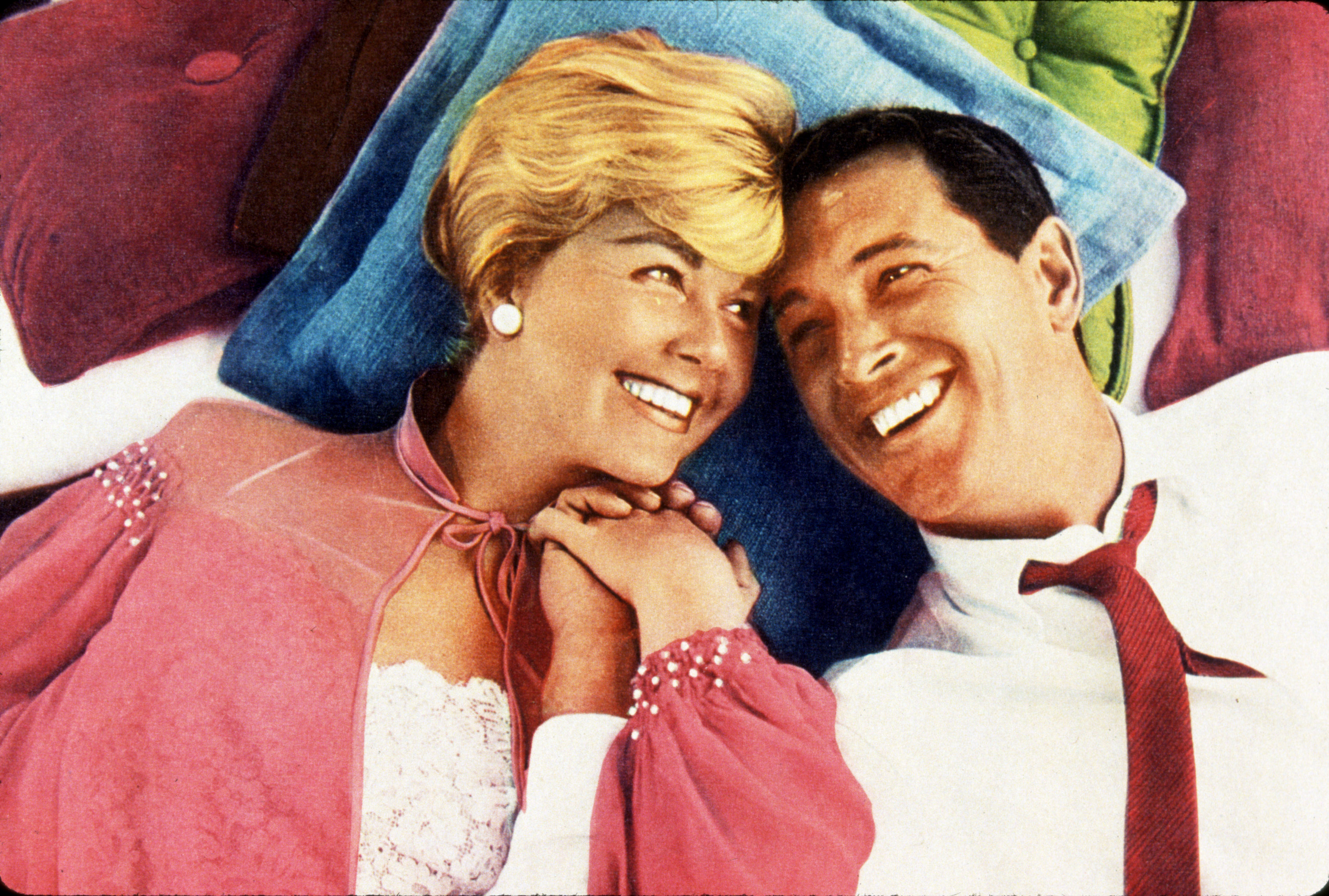 5. AIDS had a huge impact on film.

Movie star Rock Hudson’s death in 1985 brought the AIDS crisis to a wider view. But AIDS was already affecting the health of many film people in front of and behind the camera, and reached its greatest impact in the early 1990s. But within the industry, the death toll and its impact on film content was far reaching.

“The Movies: The Eighties” makes a feint at socio-cultural context with a reference to Reagan as president. But the series covers the decade in Hollywood with zero mention of the epidemic. Again, we will see what “The Nineties” bring.

6. The rise of horror franchises.

Sure, Stanley Kubrick’s iconic Stephen King adaptation “The Shining” is included, as are Ridley Scott and James Cameron’s space horror “Alien” films. But looking at mainstream studio films of the 1980s, one of the most important developments was the rise of horror, spawning lengthy franchises, a key development which has not gone away. The genre rose from exploitation drive-in/B movie fare to mainstream.

And this, as several critics pointed out, was related to the fear of AIDS. Popular franchises like “Friday the 13th” lead the way, featuring young people and the message: have sex, then die. Genre movies often tell us far more about audiences and their context within society than acclaimed Oscar winners. 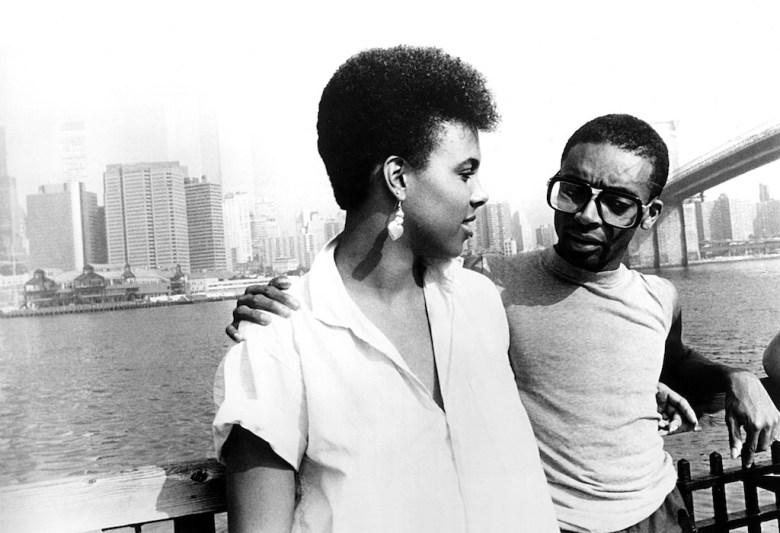 “She’s Gotta Have It”

At the end of the first episode of “The Eighties,” several key filmmakers are cited who came out of the decade: the Coen brothers, Gus Van Sant, Jim Jarmusch, Steven Soderbergh, and Spike Lee. They did more than emerge: they sparked a revolution, taking what had been a handful of mostly commercially fringe independent directors like John Cassavetes and supplanting the traditional European-film based core of specialized film with American filmmakers. A spurt of new companies broke out, some studio-connected, others not, with the Home Video boom providing the core financing.

The rise of the independents will likely be covered in the 90s, with a feint to Quentin Tarantino as well as controversial key player Miramax. “The Movies: The Eighties” shares with too many documentaries these days the tendency to reaffirm and celebrate rather than explore, challenge, and discover. We’ll find out how far they go with future episodes.

“The Movies” airs on Sundays at 9 pm on CNN.

This Article is related to: Television and tagged CNN Films, Spike Lee, Steven Spielberg, The Movies: The Eighties