Besides picking up a plotline from "Karate Kid II", Comic-Con offered teases of how the rivalry between Cobra Kai and Miyagi-Do will progress. 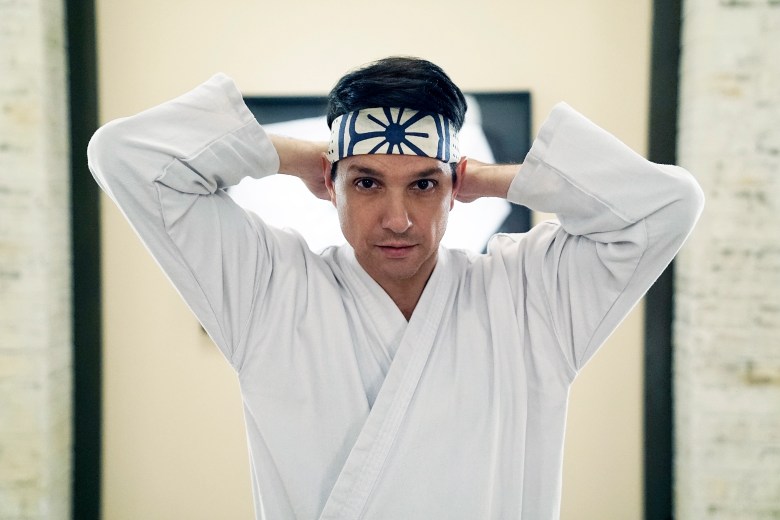 “Cobra Kai” will continue to be the best (around) for at least another year. The cast and crew were on hand Thursday at Comic-Con in San Diego to discuss the most recent season and tease what’s coming for Season 3. Among those on the panel were the Karate Kid himself, Ralph Macchio, William Zabka, Martin Kove, Xolo Maridueña, Mary Mouser, Tanner Buchanan, and executive producers/creators Jon Hurwitz, Josh Heald, and Hayden Schlossberg.

In its second season, the YouTube Premium series reached beyond the bad blood between enemies Daniel LaRusso (Macchio) and Johnny Lawrence (Zabka) to include the students in their dojo. Add Johnny’s old taskmaster John Kreese (Kove), and the stage is set for a full-blown, rib-cracking dojo vs. dojo war. The season culminates with a rumble in the kids’ high school where Robby (Tanner Buchanan) kicks Miguel (Maridueña) over the railing of a balcony and to an uncertain fate below. The shocking outcome sets the stage for the two instructors to question their teaching philosophy in the next season.

“We find that Cobra Kai and Miyagi-Do … dig a little bit into those origins. In that journey, we will see Daniel LaRusso return to Okinawa,” said Heald. Fans of the franchise originally saw Daniel visit Mr. Miyagi’s hometown in the original film’s sequel, “The Karate Kid II.” In that film, Daniel met and had a brief romance with Kumiko (Tamlyn Tomita).

Daniel’s understanding and appropriation of karate has been mainly through his interactions with his sensei. After Miyagi’s death, Daniel’s learning appeared to have stymied, even though he capitalized on his former karate tournament glory in his work, when he’d talk about kicking the competition or offering a bonus bonsai for customers of his auto dealership. 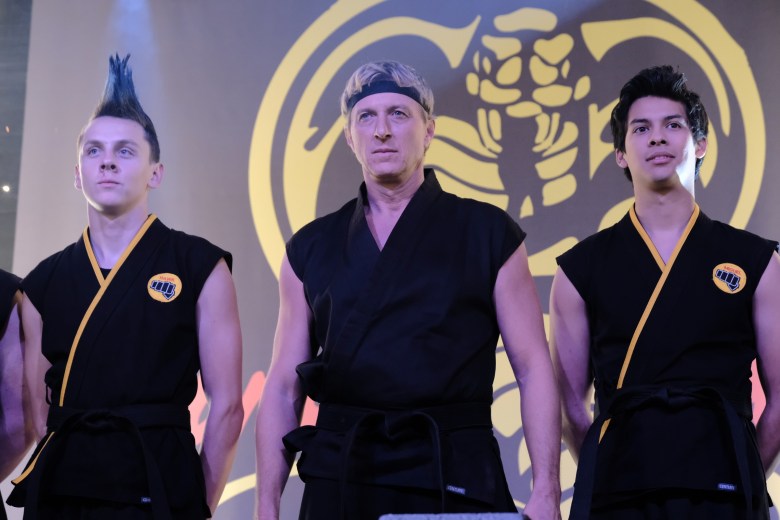 The rest of the panel was spare on other details, although Kove said, “I think Season 3 should be redemption.” He noted that Kreese’s love for his student Johnny Lawrence, “the son I never had,” was eclipsed by another love: “the love for Cobra Kai.” It’s his “No Mercy” approach that had seduced many of the students at the end of Season 2 after they felt that mercy was at fault for Miguel’s fate.

Although the cast has not begun shooting Season 3 yet, Maridueña said that even though Miguel has a broken neck and back, his allegiance is with Johnny: “I think he understands that it’s not Johnny’s fault what happened to him.”

Zabka says the feeling is mutual regarding Johnny’s attitude towards Miguel, but the teacher’s actual son, Robby, may also need his help in Season 3 after that accident that caused the injury. Zabka doesn’t know what would happen if Johnny had to choose between the two boys, but he’d want to take care of both of them and “give them some beer and baloney.”

As always, fans wanted to learn if Daniel’s first love, Ali (Elisabeth Shue) would return, but Heald wouldn’t budge. “I respectfully decline to answer the question,” he said, and fans can make of that what they will.

YouTube Premium is making “Cobra Kai” available for free soon. Season 1 episodes will all be released for free on Aug. 29, while Season 2 will release one episode per week starting Sept. 11.

“Cobra Kai” Season 1 and 2 are currently available to stream on YouTube Premium.

This Article is related to: Television and tagged Cobra Kai, Comic-Con, YouTube Premium