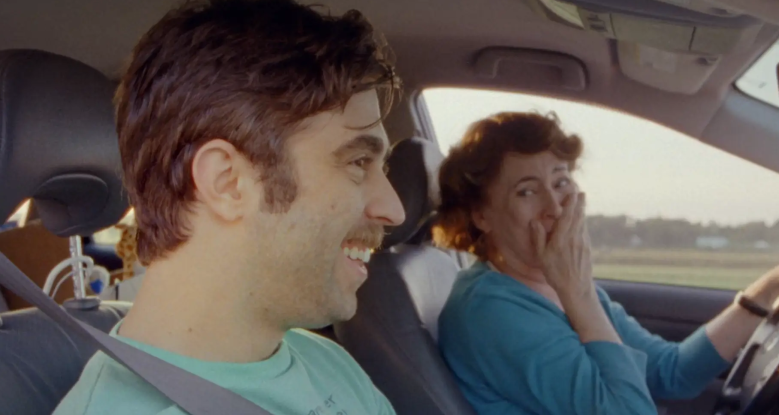 Everyone knows gay entertainment fiends love a character actress, and it turns out the feeling is mutual. Molly Shannon earned an Independent Spirit Award for playing the dying mother to a gay son in “Other People,” longtime LGBT activist Kathy Najimy graced the “BearCity” trilogy with her presence, and now Patricia Richardson is following suit. The former “Home Improvement” star is lending her talents to “Cubby,” a quirky coming-of-age comedy about a gay man whose best friend is the 6-year-old boy he nannies.

“Cubby” boasts David France (“How to Survive a Plague”) and Henry van Ameringen (“Love Is Strange”) as executive producers, and premieres at Outfest Los Angeles this weekend. IndieWire debuts the exclusive trailer below.

An official synopsis reads: “Mark, a misanthropic 26-year-old gay man, had been living in his mother’s garage in Indiana and working on his sexually explicit — and BDSM-themed — artwork. After moving to New York, he takes a job babysitting for 6-year-old Milo, a new best friend who fully accepts Mark, but does little to help him meet the challenges of everyday life. Falling behind on rent and running out of anti-anxiety pills, Mark finally discovers inspiration in the form of the alternative superhero, Leather-Man, who appears to him through the lens of a psychedelic cupcake. As a sexy metaphor for discipline and control, Leather-Man helps Mark onto the path for success. But not before Mark’s babysitting adventures turn from empowering, to risky, and ultimately: transformative.”

Richardson is best known to audiences for playing Jill Taylor in Tim Allen’s long-running ’90s sitcom “Home Improvement.” She also had stints on Aaron Sorkin’s “The West Wing” and played opposite Peter Fonda in 1997’s “Ulee’s Gold.” She is joined in the cast by Lucy DeVito (“It’s Always Sunny in Philadelphia”), Zachary Booth (“Keep the Lights On”), Jeanine Serralles (“Inside Llewyn Davis”), and Noah Baumbach regular Matthew Shear (“Mistress America”).

Check out the trailer for “Cubby” below.

This Article is related to: Film and tagged Cubby, Outfest, Patricia Richardson, Trailers