The writer-director of "Jerry Maguire" and "Almost Famous" sees a way out of the studio morass, and the aging rocker helped him get there. David Crosby has shaped Cameron Crowe’s life. The first time he interviewed the musician, it was 1976 and Crowe was an 18-year-old Rolling Stone wunderkind. Now Crowe is 62, and he says that producing “David Crosby: Remember My Name” is the project that will determine his future.

“Weirdly, the Crosby project is the thing you do because you can’t not do it,” he said. “It became the thing that helped guide the path. I went with what I was interested in. I want to make movies that way. I want to to be curious and tell the story, and I don’t want to play the game to tell the story if it overwhelms the story.”

When Crowe ran into the aging rocker in the hallway at J.J. Abrams’ Bad Robot offices, Crosby was with Jill Mazursky; she was producing A.J. Eaton’s documentary about him, and asked Crowe to do one interview with Crosby for the film. Crowe was then immersed in production on his 2016 Showtime series “Roadies,” but agreed to do just one more deep dive with Crosby. And, like Michael Corleone in “Godfather 3,” Crowe got pulled back in.

Crosby’s interlocutor showed up with a fat notebook full of questions and photographs, and grilled his subject for hours. And Crowe saw something that made him want to go back for more. “What was most emotional about the first interview was I read Neil Young talking about him, back when they were close,” said Crowe. “That started to tear the cover off more stuff. The next one was deeper, and by the next interview after that, I said ‘I got to produce this with you, let’s do this.’ 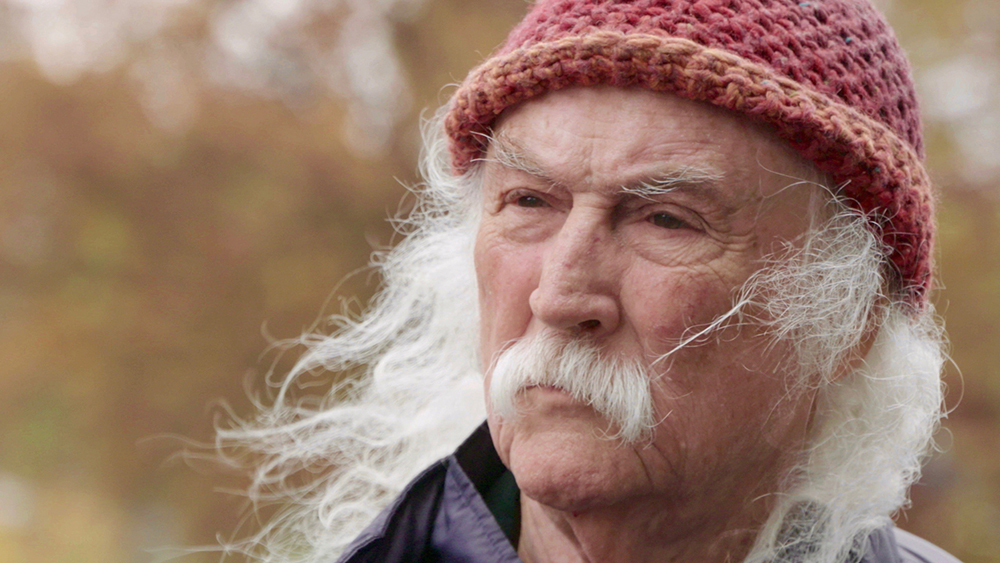 “It’s not often you have a guy look into the camera,” Crowe said, “and say, ‘I’m going to die soon, they tell me, at any minute. And I’m stubborn about this, open about this, near tears about that, cranky about Laurel Canyon.'”

Eaton, who had been tracking Crosby’s later period as a solo musician rediscovering his musical soul, was thrilled to have Crowe on board as producer, interviewer, and financing magnet. Meanwhile, Crowe dragged Crosby to his old haunts on Laurel Canyon. Crosby didn’t like it. “It’s like I said, ‘Come on Bruce, let’s go to the Asbury Park boardwalk,'” said Crowe. “I had this image in my head: When Glenn Frey first came to LA, he saw Crosby on the steps of the Laurel Canyon Country Store. ‘I got to get you standing on the step, we gotta use that.'”

The movie shows rehabilitated but physically fragile rock star Crosby, now 77, trying to find redemption. The bandmate of Stills, Nash, and Young famously went down with drugs and jail time before rejoining his friends years later — and then breaking off with them, rancorously, permanently. Was music the pure place where he could find the best version of himself?

“Maybe the only place,” said Crowe. “But he was ready to talk. You can spend as much time as you possibly can with someone who is not ready to talk and you might break through, might not. When somebody is ready to go there with you, you can see it in their eyes. Those are the best interviews.”

Crosby makes a great storyteller and cranky subject. Crowe thinks that Crosby realized, as they made the movie, that it could serve as a bridge back to his old friends. One person told Crowe they should get the band back together for the ending. “That would be the reality-TV version,” said Crowe. “This is not about them getting back together.”

So far, Crowe said, Steve Stills and Neil Young have not seen the film; he thinks Graham Nash has, but Crowe doesn’t know his reaction. “It was never a case of making [Crosby] look good,” said Crowe. “The most you can hope for is 15 minutes of people arguing about your films. With this, people hang around for half an hour talking about his personality. He was never a hero, just shades of grey.”

In fact, the movie pulls you close to a man who isn’t very likable at all. “But something is weird about that,” said Crowe. “You can’t take your eyes off him, even as you have that feeling. You are studying his crinkles and thought processes. We took some of the conversation out, and gave you a chance to see him wince or maybe lie or deal with the questions. I thought ‘Rosebud’ was his smirk at the end of the documentary. I wanted it at the end so you can make your own decision about that.” 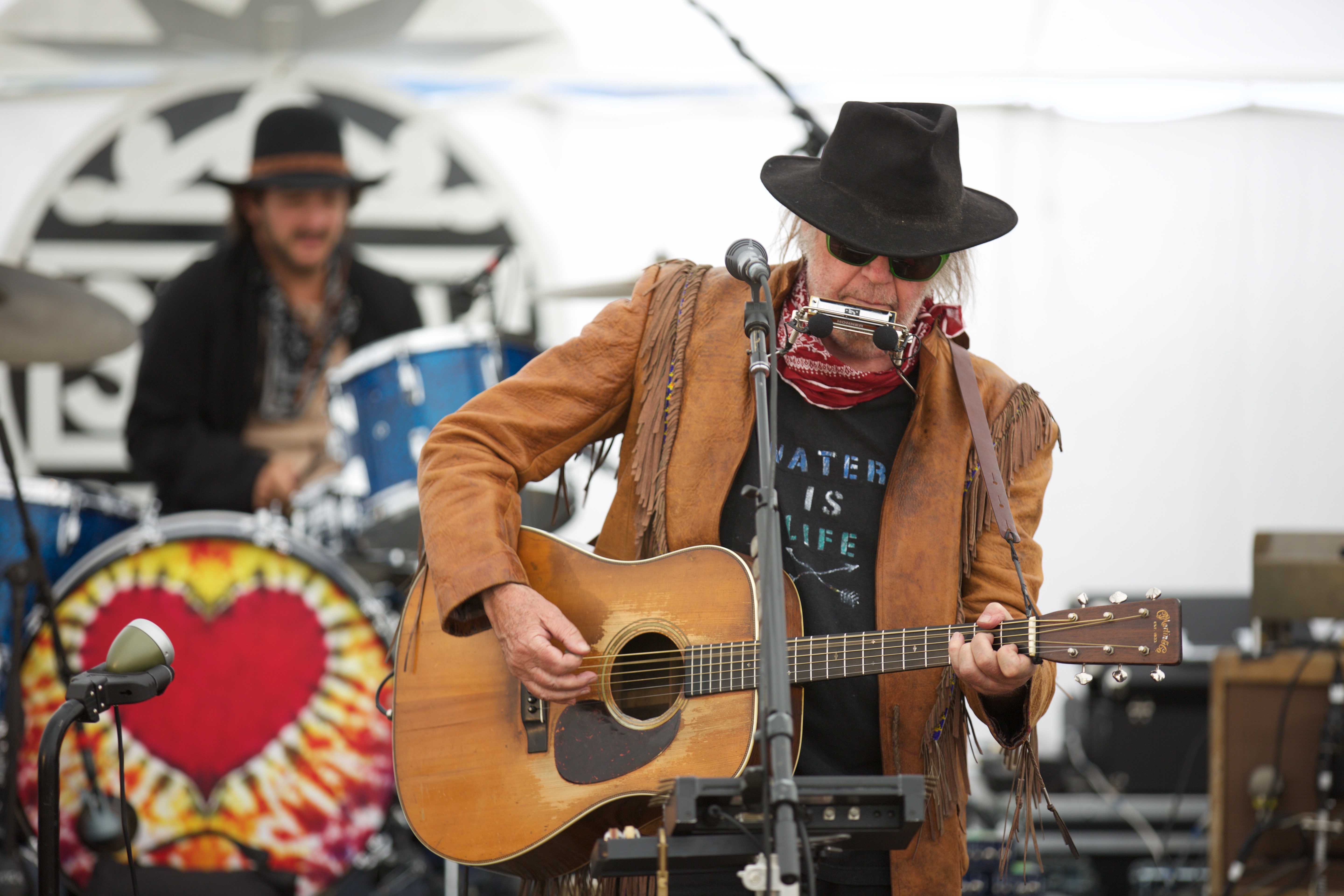 As for Crowe, he’s seeking his own redemption of sorts. He made his career on idiosyncratic big-budget star vehicles for studios that connected with audiences. Then came Sony’s $37 million romantic comedy “Aloha,” an unwieldy movie featuring Bradley Cooper, Rachel McAdams, Emma Stone, and Bill Murray that earned a 40 Metascore and worldwide total of $25 million.

It’s a painful memory Crowe does not want to rehash on record. What he will say is “David Crosby: Remember My Name” shifted his priorities.

“I want to be able to do it all,” he said. “Editing this movie was intimate, so outside the yoke of what anybody would study as an investment. The personal is often the most universal. I got the best feedback I’ve gotten on a film that is the least calibrated for it. It really influenced what my next thing is going to be. I’m writing. I love the idea of editing at home. I have a glimpse of the world past the regal studio system. Let it be more handmade.”

Is making a smart, starry, mainstream studio movie impossible now? “I don’t think it’s impossible,” he said. “As soon as these things start to feel written in stone, you see ‘Rocketman.’ It’s a high-wire act that stayed on the wire. It was wondrous. There are many places you can work and not have too much star power and a lot of personal vision. Almodovar gives a cinematic and personal experience, and doesn’t spend a lot of money. That is me.”

Since “Aloha,” he’s been about writing, on spec and from the heart. After developing a Marvin Gaye biopic for 15 years, Crowe took eight months to write the version of the story he really wanted to write. It may never get made (he has no control of the rights). “It became a personal study of Marvin’s life. from Marvin’s point of view. It was almost like taking dictation. It started out as ‘My Name Is Marvin,’ then became untitled, something different. It’s a very musical labor of love that may never make it off my shelf, but I got it right.”

Meanwhile, the world is turning. His 19-year-old twins are in college. Crowe said good-bye to Jann Wenner on his last day at Rolling Stone, but he’s still writing cover stories for the magazine, which is now owned by IndieWire parent Penske Media. And he’s finished his new original script that he’s passionate to direct. Said Crowe, “I’m saying hello to the next phase.”

This Article is related to: Awards and tagged Cameron Crowe, David Crosby: Remember My Name, Documentary