The "Stranger Things" star's upcoming mockumentary delves into the not-so-real theater history of his own family. 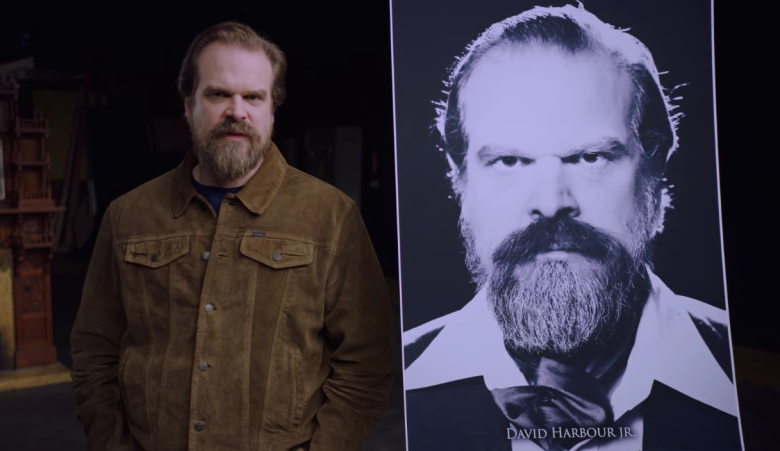 Netflix hasn’t officially declared this July as David Harbour Month, but there’s one more piece of evidence suggesting that it may just happen regardless.

The service unveiled the first official extended look at “Frankenstein’s Monster’s Monster, Frankenstein,” a mockumentary with a premise as convoluted as its title. Harbour, who also will be soon seen in the third season of the runaway hit series “Stranger Things,” plays a fictionalized version of himself who finds video evidence of a complicated family history on the stage.

In this twisting created family history, Harbour’s dad was a misunderstood acting genius who put on televised productions of theatrical works. One recently excavated tape shows the elder Harbour in a role as the classic literary Dr. Frankenstein, who just so happens to be pretending to be a monster at the same time. This aging actor sure has a Wellesian penchant for impeccable diction, theater adaptations and grainy outtakes of wine commercials.

But Harbour (who, unless one of his clones happens to be locked up deep in the vaults underneath Netflix headquarters, seems to be playing “David Harbour, Jr.” as well) isn’t alone in diving into this mysterious past. The guest cast for “Frankenstein’s” also includes Alfred Molina and Kate Berlant. Written by “Kroll Show” co-creator and “Arrested Development” writer John Levenstein and directed by “Who is America?” and “PEN15” director Daniel Gray Longino, this self-contained piece of bizarre comedy experimentation clocks in at a 28-minute runtime.

Watch the full trailer (including the only pull quote that makes sense for something like this) below: