"It seems pretty crazy," Harbour says of about the credits scene fan theory. 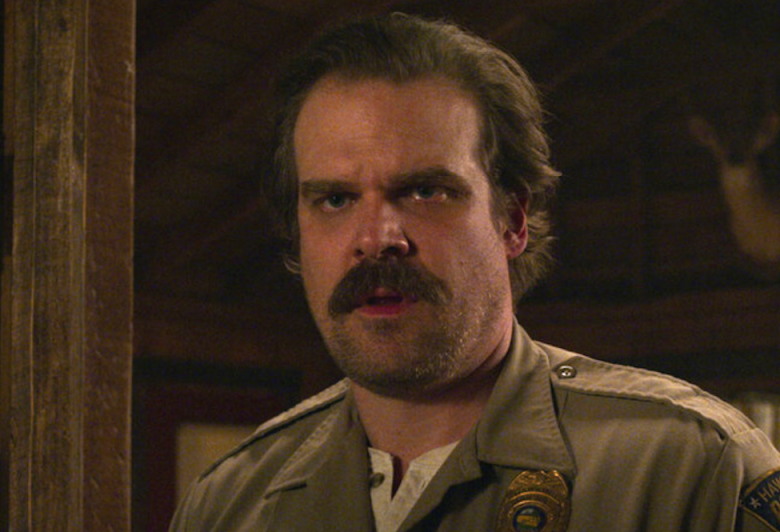 “Stranger Things” goes full Marvel movie at the end of its third season by including a credits scene that mysteriously sets up where the franchise will go next in the all-but-assured-to-happen “Stranger Things 4.” The credits scene is set in Kamchatka, Russia, and finds two Russian soldiers feeding an imprisoned man to a Demogorgon. At the start of the scene, one of the soldiers goes to open up a prison cell before being stopped by the other soldier, who says, “No, not the American.” That one bit of dialogue has promoted a ton of fan theories about who exactly is in the prison cell.

The most popular theory about the unknown American prisoner is it’s Jim Hopper, played since the first “Stranger Things” season by David Harbour. The character seemingly died in the “Stranger Things 3” finale by sacrificing himself so Joyce Byers (Winona Ryder) could close the gate between the real world and the Upside Down. While there was a massive explosion, viewers never actually saw Hopper’s dead body. Does that mean there’s a chance Hopper survived and is now somehow a prisoner in Russia? Even Harbour thinks that would be crazy.

Harbour continued, “And then you cut to, what was it? It starts with a ‘K’ or something – some town in Russia, right? Where there’s some American and there’s some other prisoner. I don’t know, I mean it seems strange. I don’t know how [he’s alive] though. I mean, we should always hold onto hope. We should never let go of hope – but Barb is really dead.”

Netflix has yet to officially announce “Stranger Things 4,” but that credits scene cliffhanger all but assures the story is not over just yet. “Stranger Things 3” is now streaming on Netflix.