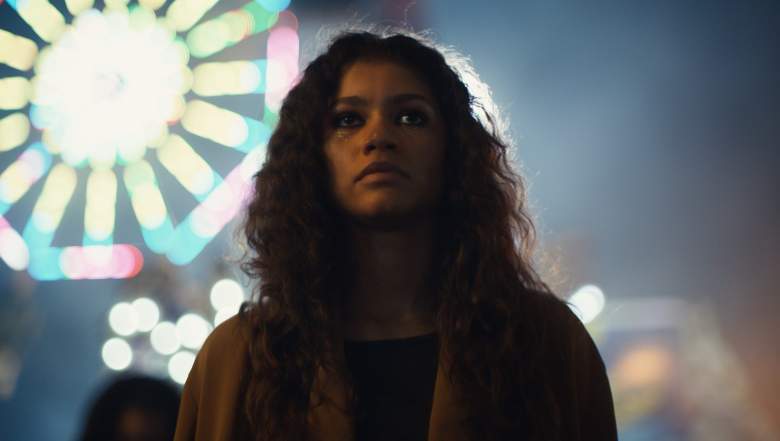 HBO’s new drama series “Euphoria” has delivered its fair share of graphic nudity and sex scenes over its first three episodes (who can forget the buzz around the “30 penises scene” in episode two?), but none have been as hilarious and unexpected as a sex scene featuring former One Direction band members Harry Styles and Louis Tomlinson. The sequence was an animated rendering of fan fiction written by the character Kat (Barbie Ferreira) and featured Harry performing oral sex on Louis backstage at a One Direction concert.

In an interview with the Los Angeles Times, “Euphoria” showrunner Sam Levinson said the decision to animate Kat’s graphic fan fiction came from the series’ overall mission to maintain a subjective reality. “Something that I thought was a fascinating or exciting idea was to take this burgeoning curiosity about sexuality that’s ultimately framed through the lens of fan fiction and allow it to come to life,” Levinson said. “It’s sort of what Kat’s dream would be if she could see an animation of one of her stories. That was the impetus behind it. It’s sort of allowing her wishes to come true.”

Levinson and the “Euphoria” creative team worked with the animation company Titmouse to create the sequence, which culminates in a surreally celestial oral sex moment between Harry and Louis.

“The idea behind it was a mixture of slightly rough animation and the surrealistic beauty of something like ‘Belladonna of Sadness,’ where you have animated images exploding into other things and there’s an element of surrealism to it,” Levinson said. “Personally, I find animation to be extremely difficult. I’d never worked with animation before. It’s just, the possibilities are endless. Which at times can be tricky. It’s like, ‘So, where do we want to take this next?’ And there’s a million thoughts that start to move through my head. It doesn’t have the same kind of confines as filmmaking, so it can be a bit daunting.”

According to a report from USA Today, many One Direction fans weren’t happy with the sex scene and reacted with outage on social media during the episode. Fans chimed in to call the moment “gross,” “uncomfortable,” and “embarrassing.”

“I just don’t understand why this ‘Euphoria’ show had to use [Harry and Louis’] real names and show One Direction images?” one fan asked. “They could have made it clear who they were referencing without using names.”

This Article is related to: Television and tagged Euphoria, Harry Styles, One Direction