Edelman talks about two new intriguing projects, his not-always-easy transition to scripted narrative, and the turmoil at ESPN post-"O.J." 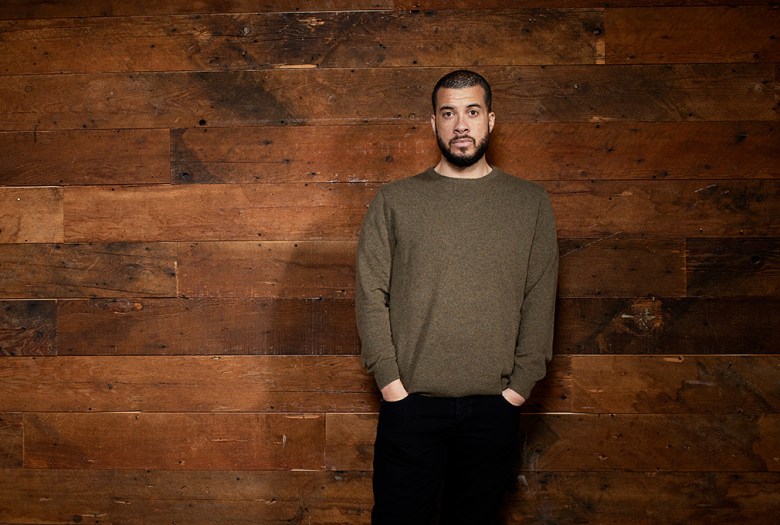 “O.J.: Made in America” was an unusual Oscar winner: A nearly eight-hour documentary that became appointment TV on ESPN the summer of 2017 and was seen by well over 60 million people. The Academy has since altered its rules so that a project like “O.J.” could never win again, but the profound mark the epic documentary, recently named one of the best films of the decade by IndieWire, has left on our culture stretches beyond the reactionary awards world.

By taking the well-trodden tabloid story of the white Bronco, murder, and acquittal of the former football star, director Ezra Edelman brought viewers into a complex story of African-Americans and the LAPD. The backdrop and archival b-roll of the Simpson story shifted to the foreground, as Edelman weaved an enthralling and nuanced history lesson that gave us a different lens to understand America’s unhealed racial wounds.

IndieWire recently caught up with Edelman to reflect on his film, the network that produced it, and his transition to the scripted narrative world.

If we roll back the clock, and Connor Schell and ESPN come to you with this project today with Trump in the White House and O.J. out of jail, do you think you could be convinced to take this project on in 2019?

That’s an interesting question. [Pauses] I’m now realizing this might be harder than I thought. [Laughs]

Because you needed convincing the first time, the project started with them, and you had to find your way into it. Do you think you could do that again against this backdrop?

To answer your question, I would split it. The idea of Trump being in the White House would likely make me more compelled to want to take this on, because in some ways, it’s the logical extension of a lot of the things we discussed in the film.

I don’t know how to answer the part about O.J. being out of prison because I think, from the beginning, there was the idea of a coda to a story in which he ended up in prison as a sort of, however you want to term it, judicial or karmic retribution. When I looked at the whole story, it felt like a proper ending, this idea of a last chapter after the climax of a story which people had focused on, which was him being acquitted of murder in 1995. That there was a last chapter that involved him being convicted of armed robbery 13 years later, that was fundamental to me in the initial architecture of the story I was exploring.

With him now out of prison, I think it’s a different story in some ways and a different commentary: “Yes, he went to jail, but now he’s out and again living his life” versus “He went to jail and he’ll be there for the rest of his life, which is where many people thought he should have ended up a decade earlier.” While I always thought the story was going to have another chapter, I also think I would be slightly less engaged by the idea. 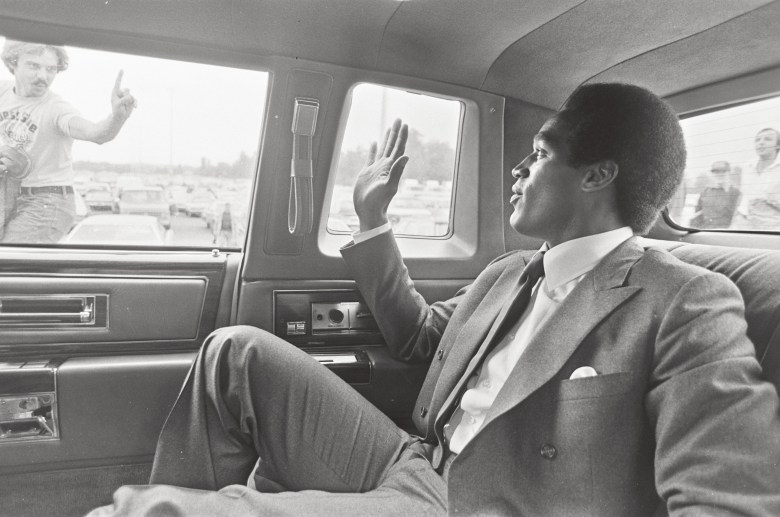 Plus, the expectation and pressure for him to be part of the film would be greater, both from the world and internally as a filmmaker. I was always interested in O.J. the man, but he was only one of the things I was interested in, so the fact that he was someone in jail and he wasn’t doing interviews, that played into the idea of the film I was looking to make, which wasn’t centered around him as a present character. So I think if he weren’t in jail, and he were available, that would be a more difficult decision of how to make this film — the demand on whether he should be the protagonist, if he were willing to participate.

The issue of racism and sports has always been there. If memory serves, the Colin Kaepernick situation was blowing up at the time your film came out.

He started taking a knee that summer.

When you made the film, having the platform of ESPN itself and that such a provocative film about race could be seen by such a wide audience, reaching into red and blue state America specifically because it was “a sports story” on ESPN, was revelatory. You’re a sports fan and keen cultural observer, having watched everything that’s gone on over there over the last three years, has that platform been tainted by our politics? Could it take on a film like yours again and spread it far and wide like it did?

I think the way I would respond to that is, what directly, or indirectly led to what? This isn’t based on anything, but did the wide reach and success of the film and the conversation surrounding it, perhaps embolden the idea of these voices becoming more prominent on ESPN? I would like to think that the conversation and the success of it may have, and that’s a great thing.

But I think you’re right to ask whether ESPN would take on something like this based on the current climate and what they’ve gone through? That’s a good question. I don’t know the answer. It’s definitely a different moment. I think the appetite from the world still exist and I know Connor and Libby Geist would still want to do it but because of what the last few years at that network has been, I don’t know. 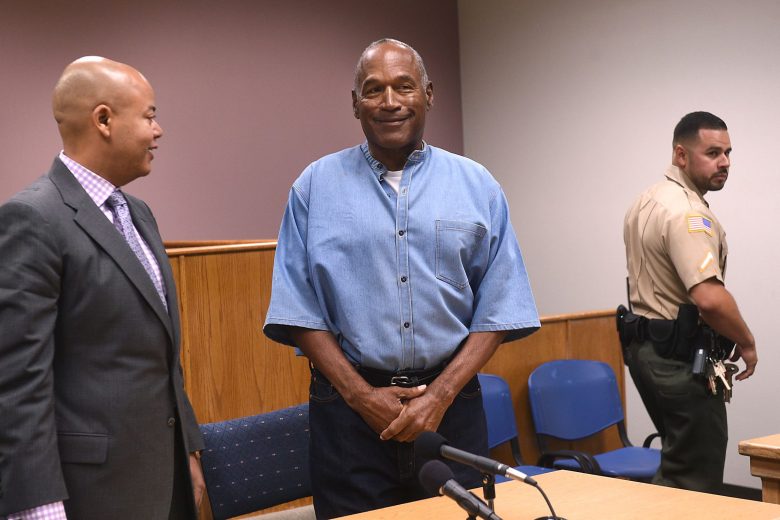 I would like to think ESPN would jump in wholeheartedly as they did five years ago, but the world has changed a lot since then and just in terms of what’s happened with Jemele Hill and Michael Smith, and the Twitter storms and the conversations about politics and race in sports, and what the current mandate is in regards to discussing politics within the company. It’s a different place and different time, so who knows.

Politics seems to be tainting every platform, maybe it was foolish to think ESPN was some oasis that would be untouched by these outside forces?

But they’ve been at the center of the storm. They, more than any other entity, in terms of race and sports, I think felt the blowback from being too political. It was a welcome sea change for me to witness, but where they have ended up, it’s a different place.

“O.J.” was wonderfully structured, narrative storytelling at the highest level, but how naturally does that translate to scripted narrative? Has it been an easy transition?

I would say it’s been a transition, certainly neither easy nor natural. There is a natural way I’m used to thinking about story and how to execute story as a documentary filmmaker, especially after having done something with the scope and length that “O.J.” had. It’s almost like whatever I hoped to include thematically at the narrative level I had the space for it. And I could constantly search for and mold the story in the editing process, and continue to deepen it through til the end.

Now, all of a sudden, I am working in a medium where while my brain is no different in terms of what I’d like to include from an information or thematic standpoint, there’s an efficiency in what one needs to do that has taken me a little longer to figure out.

In terms of process and speed itself, as far as how things get made, it has been eye-opening and challenging for me because as a documentary filmmaker, I’m used to having an idea, or assignment, and then just going and making it. And that has definitely not been my experience working on scripted movies. I’m rather impatient, so I’ve been working on finding my zen. But I’m excited by what I’m working on, which is what I care about most, so whenever and however things may happen, I’m learning to be fine with it. 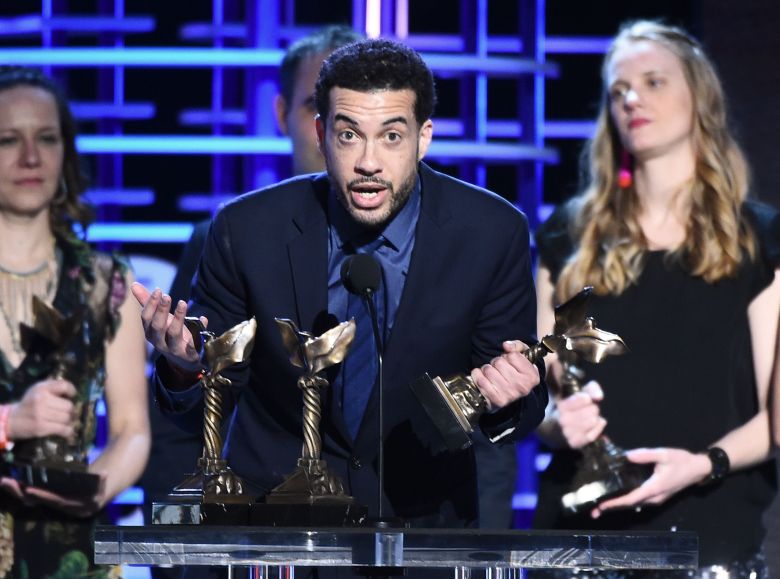 The project that’s been announced is the one about Roberto Clemente. Is that the closest to going and what else have you been working on?

Well, I’ve been working on “V.I.N.,” a movie about Alex Haley interviewing George Lincoln Rockwell, the founder of the American Nazi party, for Playboy in 1964-65. It’s about a moment when Haley, a struggling writer, is trying to finish his first book, “The Autobiography of Malcolm X,” when he gets an assignment to interview Rockwell, a white supremacist running for governor in Virginia. He’s sandwiched between two political extremists trying to change the country while he’s just trying to make it as an artist.

I’ve also been working on a TV project about Marion Barry with Tristan Patterson, a talented writer/director. But I am very much working on Clemente, a script for which I just received from writer Rowan Ricardo Phillips, who I’ve been working with over the past year. It’s actually something I was working on even before O.J., so I can’t wait for that to come to fruition.

I’m not turning in my documentary card. I’m still going to make documentaries in the future and am in the midst of currently developing some projects. Not sure what is going first, just hoping they all go at some point.

Visit our Best of the Decade hub for more of IndieWire’s retrospective coverage.

This Article is related to: Film and tagged Best of the Decade, Ezra Edelman, O.J.: Made in America