Phoebe Waller-Bridge's Amazon love story continues at the Emmys. Never underestimate the power of a jumpsuit. 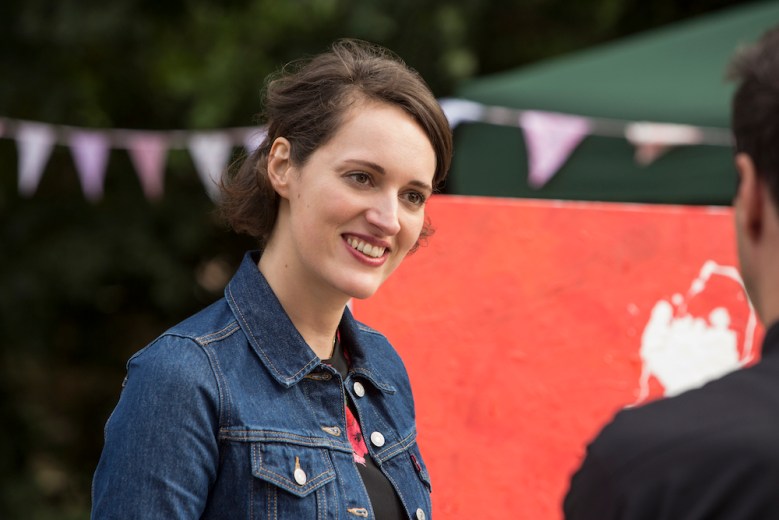 “This is a love story.” That’s how the second season of Phoebe Waller-Bridge’s acclaimed comedy “Fleabag” begins, and those words could also apply to the Television Academy’s devotion. The Amazon original nabbed 11 nominations Tuesday morning, including Outstanding Comedy Series and two nominations for Waller-Bridge herself.

In its second season, the titular Fleabag (Waller-Bridge) has rebuilt her life after spiraling out following the death of her friend. As she repairs the relationship with her older sister Claire (Sian Clifford), she also enters into an intense friendship with a priest (Andrew Scott).

“Fleabag” nabbed a whopping five nominations for its actresses: Waller-Bridge in the lead, Clifford and Olivia Colman for Supporting Actress, and Kristin Scott Thomas and Fiona Shaw for Guest Actress. This year, it ties with “Marvelous Mrs. Maisel” for five actress nominations, second only to “Game of Thrones,” which eked out six nods. While the feminist bent to the nominations are fun, it does feel like a snub to leave out Scott, whose dynamic with Waller-Bridge was essential to the show’s success. Also, one cannot overstate the talents of Brett Gelman, whose character Martin Waller-Bridge described as a “weapons-grade asshole.”

There are no hard feelings though. Gelman posted his congratulations on Instagram:

I am so happy! I am so proud! Congrats to my loves #PhoebeWallerBridge @siansstillspace #OliviaColman and of course @bbcfleabag itself on the Emmy Nominations! Congrats to everyone who is a part of this extraordinary show. To everyone who helped to realize Phoebe’s genius vision. #HarryBradbeer #AndrewScott #BillPatterson and all the cast and crew. Congrats to @amazonprimevideo and @lydsyeah and #SarahHammond and #TwoBrothers! I cannot express in words what it means to be a part of this glorious and singular piece of art and how overjoyed I am that the show is being recognized like this.

Waller-Bridge, who penned all the scripts for “Fleabag,” also received a nod for Outstanding Writing. Additional nominations also include Directing, Casting, Cinematography for a Single-Camera Series (Half-Hour), and Single-Camera Picture Editing.

It also should be noted that there might be a greater Phoebe Waller-Bridge effect. She passed the torch for the series she created for BBC America last year, “Killing Eve,” to Emerald Fennell, and the assassin drama starring Sandra Oh and Jodie Comer still received nine nominations, including nods for its two lead actresses and a second nomination for Fiona Shaw. Waller-Bridge will be returning to her BBC America stomping grounds for Season 3, writing in her own grisly murder at the hands Villanelle (Comer).

“Fleabag” first hit Amazon in 2016 with very little fanfare. This was still the era in which streaming services hadn’t learned from the “Downton Abbey” effect and that foreign series could make just a big a splash with U.S. audiences. The first season was hailed by critics, but the series still remained largely an undiscovered gem.

Then Waller-Bridge created BBC America’s hit show “Killing Eve”, then played a sexy droid in “Solo: A Star Wars Story” and appeared in “Goodbye, Christopher Robin.” Suddenly, people unearthed “Fleabag” from its streaming anonymity, and by the time Season 2 rolled around, viewers were ready.

From the writing and editing, to the performances and music (dirty Latin lyrics set in a choral masterpiece, anyone?), the hilarious, taut, and masterfully executed season caught fire. It was about as “divine” a viewing experience that one could hope for and exceeded they hype.

This Article is related to: Awards and tagged Amazon, Emmys, Fleabag, Phoebe Waller-Bridge