Miller is shooting "Three Thousand Years of Longing" before he gets around to more "Mad Max" sequels. 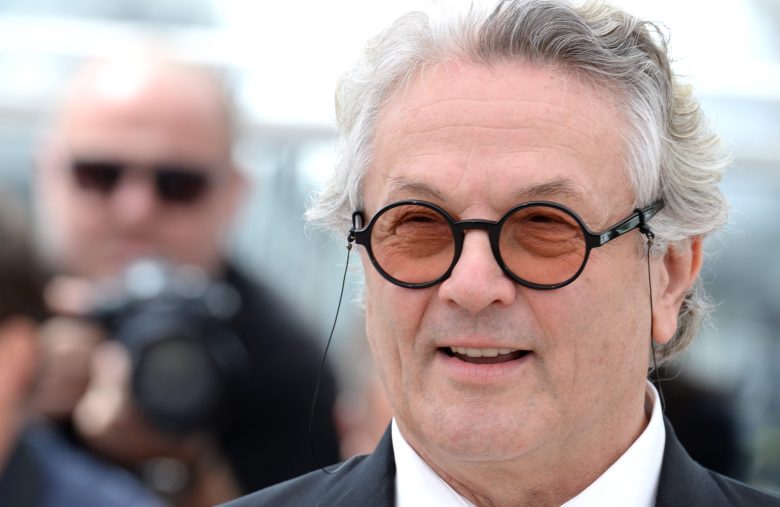 In the four years since “Mad Max: Fury Road” wowed moviegoers and Academy voters alike, grossing $370 million worldwide and racking up 10 Oscar nominations (including Best Picture and Best Director), George Miller’s demented fever dream of a movie has assumed iconic status. Several major filmmakers have admitted replaying the picture over and over in order to figure out just how Miller did some of the shots, while countless cinephiles have returned to the movie time and again just to bask in the scale of its post-apocalyptic insanity, and to gawk at the high-speed chase sequences that defied everything people thought possible of contemporary action cinema.

As Steven Soderbergh breathlessly put it to one interviewer: “We are talking about the ability in three dimensions to break a sequence into a series of shots in which no matter how fast you’re cutting, you know where you are geographically. And each one is a real shot where a lot of things had to go right.” And no one got hurt!

After ranking “Fury Road” high on our list of the 100 Best Movies of the Decade, IndieWire called Miller at his production office in Australia, and asked him to reflect on his still-unfathomable studio masterpiece (and discuss what he might be doing next).

Did it require all your accumulated skills to pull off the challenges of “Mad Max: Fury Road”?

It takes a long time. But the toughest film I ever made was the first “Mad Max.” I didn’t know much about filmmaking, and it was rather bewildering. I was aware of the process. It took me a good 10 years before I could watch that first movie again, because all I would see were the mistakes — the things I felt were left to do creatively. The same thing also happened to me with “Fury Road.”

How does it feel to look back on what filmmakers like Edgar Wright have called the best action film of all time?

All the talk that people offer — the critical response, the people who unexpectedly get in touch — I’m embarrassed to talk about it. But if you get a lot of filmmakers and creative people in the industry calling personally to say: “I went to the cinema five times in a row to watch the film,” then you know they’re getting something from the movie.

I have this theory: A couple years ago when I was chairing the Cannes jury, when I was distilling how to measure the worth of a film, [the metric I used] was how long it follows you out of the cinema. Sometimes you’ve forgotten it by the time you get to the car park. It might have been an entertaining movie, but it doesn’t mean much to you — it washes over you. It’s a really good thing when some movies, films you can count on both hands for all of your life, become part of you. What I like about what’s happened with this film is that it seems to have stuck around in people’s minds for a lot longer than I ever hoped it would. 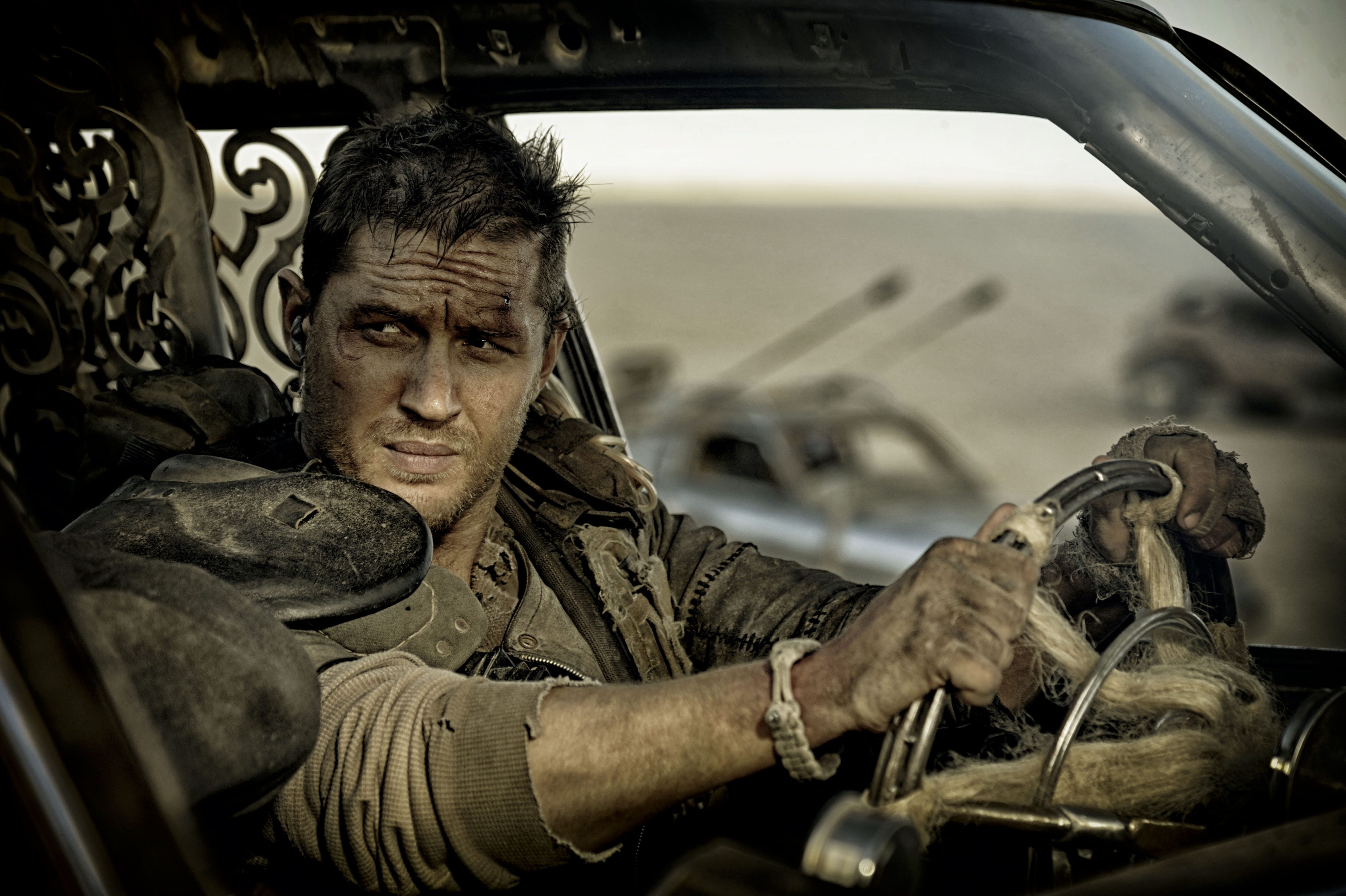 What other reaction have you received?

Two young women came up to, one of whom just had a baby daughter. She named her Furiosa. Then there are the tattoos. The most striking was a Japanese critic; he took me into a corner, opened his shirt, and had a tattoo on the center of his chest of Immortan Joe brandishing a fiery steering wheel logo. “Oh, my god,” he said. “I walked out of the cinema and got that tattoo.”

Those moments are quite startling to a filmmaker because it’s like, “Oh, this has meaning.” This movie is a chase and a race and it could be read purely on the surface… but you do try to get as much of the iceberg under the tip as you can. There’s a lot more to the movie than meets the eye. The big satisfaction for me and for all of us who worked on it is that people were able to take a lot of stuff from the movie. We were doing all the exposition on the run. We didn’t have time to make long expository scenes. It had to be done in passing, as it were.

The big thing that really made me feel okay is when I listened to the podcast dissecting the movie minute by minute, “The Mad Max Minute,” I realized that it did all come across: all that effort we put into designing the world in every way, the language, what things might have meant, gestures, behavior. When all of that is being read pretty much as you hoped it would be, I was grateful — somehow the storytelling has worked. 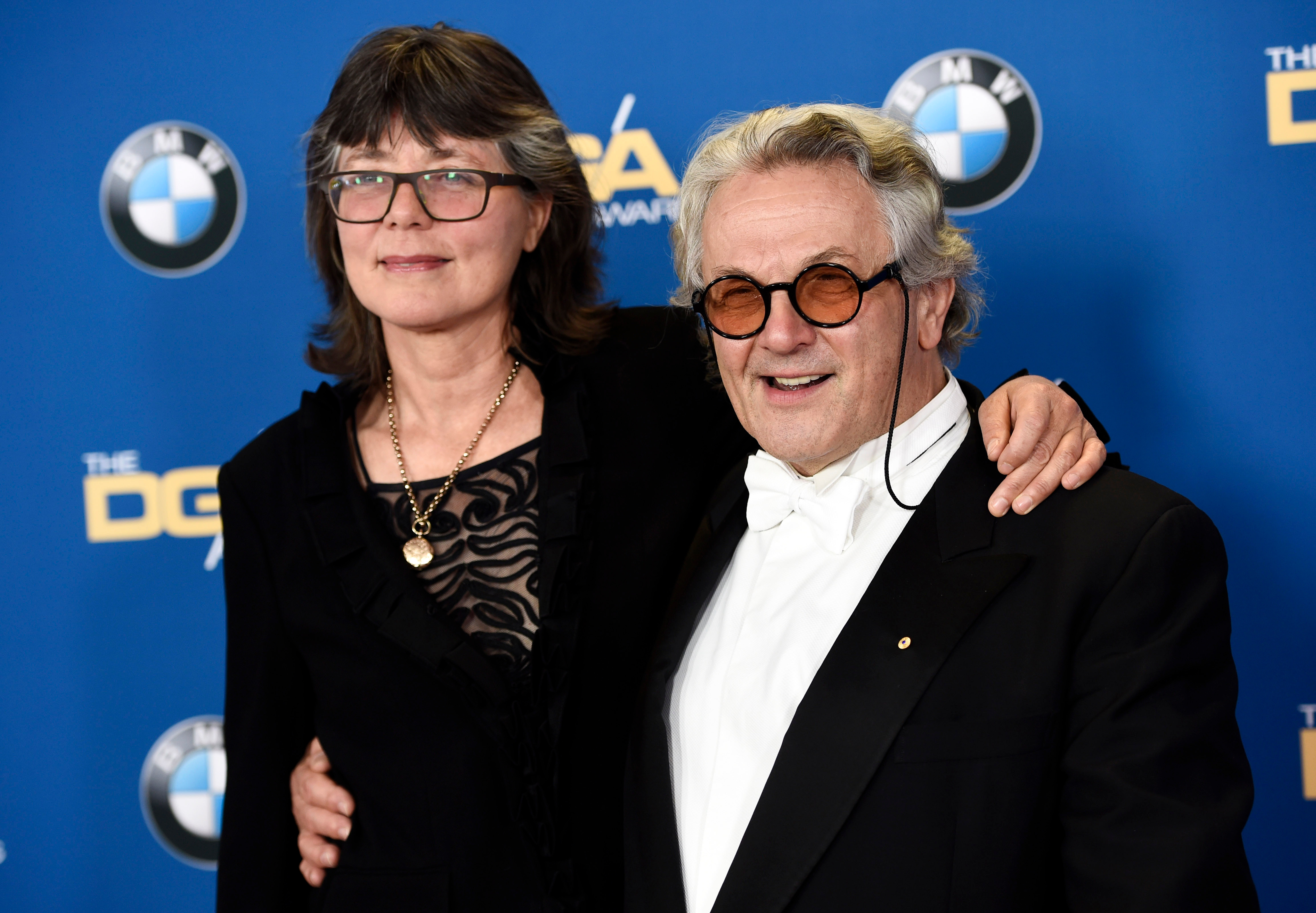 A lot of the credit for getting the movie across belongs to your wife Margaret Sixel’s editing, for which she won the Oscar.

I’m probably the only person in the world who would have known what she could bring to the film, having been together for almost 25 years now, and knowing how she thinks. In all that she does, she looks at things comprehensively. I realized the movie needed someone of her intuitive and intellectual firepower to manhandle — womanhandle — this thing into shape. It was a formidable task.

She basically has a low boredom threshold — she’s very rigorous with what’s really happening on the screen. It’s not what you hope, but what is happening and being apprehended by the audience. She has a very good ability to see the big picture at the same time as the granular. Ridiculously, she can bounce between two ways of thinking from moment to moment, which probably allowed her to manage all of that. The best analogy is to music: this is kind of a riff. You can talk about taking all the notes and chords and modulations and phrasing and hoping it all will come together in one persuasive symphony. It’s the same thing except it’s visual music. 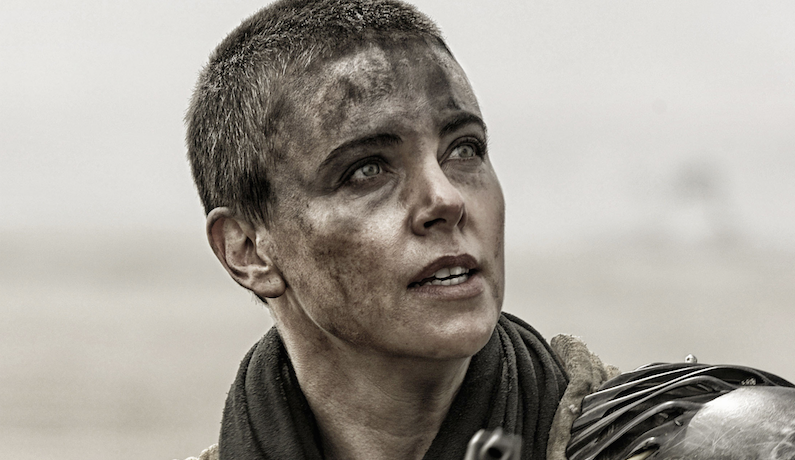 Why did you make a black and white version of the film?

You can do black and chrome now with modern VI coloring at some expense. It was released with some theatrical screenings in several countries, including the U.S. It’s on DVD. But that all started way back in the old days when I saw “The Road Warrior” in the recording studio, when composers used a slash dupe rough, a black-and-white cheap version of the ungraded film, so they could mark it up with chalk with the orchestra and the conductor. I remember watching it and thinking, “‘Road Warrior’ is much better as grainy black-and-white footage, it’s somehow more distilled.” I always thought: “Wouldn’t it be great do a ‘Mad Max’ film in black and white?”

How did silent films influence you?

Kevin Brownlow’s book “The Parade’s Gone By” wielded a big influence on me when I first started asking myself what film is. He said this new language, this new syntax, is basically defined pre-sound by the silent filmmakers, the closeup, the chase, the montage, cutting it together. The masters Buster Keaton and the Russians put pieces of film and fitted them together, all pre-sound.

With sound, film lost its agility; suddenly cameras and sound equipment were massive. It took a decade or two before technology allowed the cameras to be more mobile. So by then for people most film language was defined. The biggest change since then is the digital dispensation, when you are able to do virtually anything and move the camera where you want to move; the film language has shifted to the point that we’re speed-reading now.

But that’s what got me. These were really the prime movers of the first “Mad Max.” I wanted to make a movie, as Hitchcock said, “where you didn’t have to read the subtitles in Japan.” You could read it as a silent movie and still get most of what you needed in terms of the story. I really took that seriously. I remember living near a drive-in in Melbourne on top of a hill; I’d drive past it outside and watch the movie purely silently. I got into the habit of turning off the sound on my favorite movies if they come up on television, and realized how the film had to read first as a silent movie before the advantage of information came to you sonically.

We did the same thing did with “Fury Road.” We insisted on not putting the temp music and sound effects in as we watched the movie. Margaret was with me on this: If it plays as a silent movie, if you can read it and it’s clear and smooth and creamy, you know it will play with sound and the music. 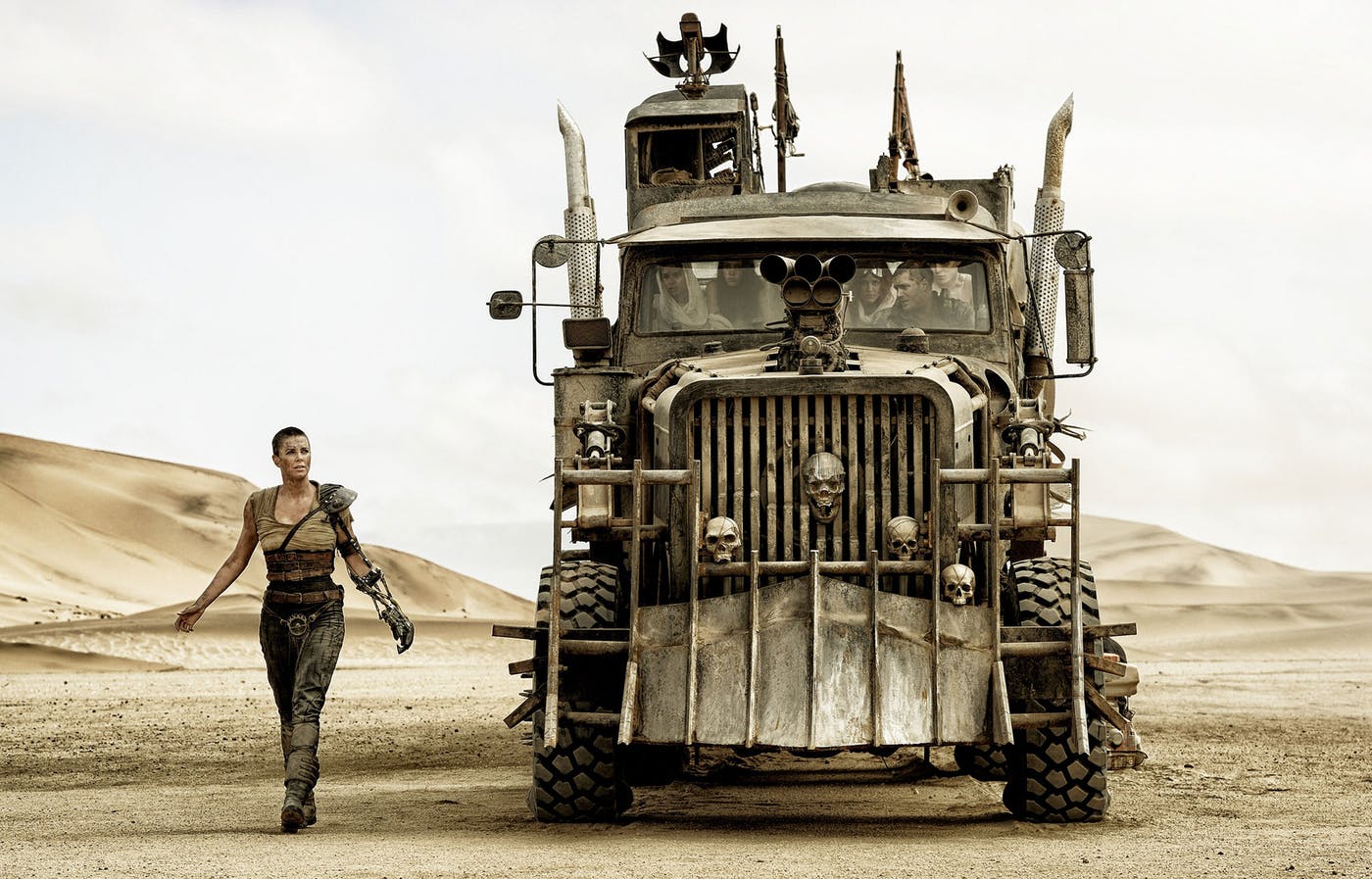 Are there are two “Fury Road” sequels in the works?

There are two stories, both involving Mad Max, and also a Furiosa story. We’re still solving, we’ve got to play out the Warners thing, it seems to be pretty clear that it’s going to happen.

How did you get into this legal wrangle with Warner Bros. over “Fury Road”?

It all started because of the chaos at Warner Bros. and not Kevin Tsujihara, it was pre all that. He wasn’t the antagonist, because a lot of people didn’t know what was going on and were not prepared to make a definitive stand; everybody was running around fearful, it seems, through three regimes. It was hard to get anyone’s attention, so we went to litigation. The chaos has stabilized and it’s become extremely positive as the dust seems to have settled after [the AT&T merger].

Pre-sales of your original generational romantic epic “Three Thousand Years of Longing,” starring Idris Elba and Tilda Swinton, sold like hotcakes at the Cannes market. Is that what’s next?

I said, “Okay, let’s sit down and look at all the stories I’ve been working on, all the scripts in stages of development banging around in the back of my head.” It’s a Darwinian struggle of survival of the fittest. Of all the stories there’s this one, “Three Thousand Years of Longing,” I’ve wanted to tell. It’s a story in various stages of writing that had to be put aside; it’s been around almost 10 years. We’re starting pre-production before the end of the year and shooting early next year.

But I’ve been there too often when you announce movies are going to happen and then they fall away. It happened three times on “Fury Road,” and eventually we got the damn thing made. We’re just coming out of a meeting as we speak, and we’re well into pre-production on this one. I’m cautiously optimistic. It’s going well.

Click here for links to all of IndieWire’s ongoing Best of the Decade coverage.

This Article is related to: Film and tagged Best of the Decade, George Miller, Mad Max: Fury Road