The "Lady Bird" and "Little Women" filmmaker is also reportedly being "eyed" to direct the long-in-the-works feature about the beloved Mattel doll. 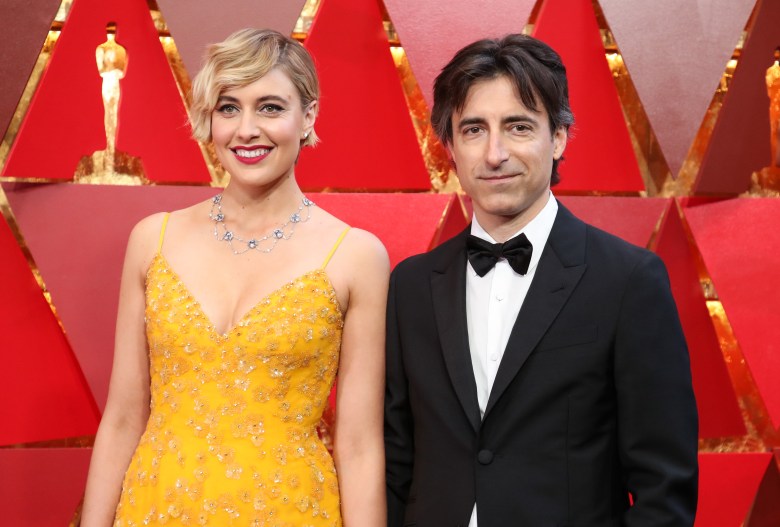 After cycling through a number of different iterations over the years, including attached and rumored stars like Amy Schumer and Anne Hathaway and filmmakers like Alethea Jones, the long-gestasting “Barbie” movie is going in a decidedly different direction. Variety reports that Greta Gerwig and Noah Baumbach have signed on to co-write the film, indicating that the feature film about the world’s most famous doll will likely have plenty in common with their previous features like “Mistress America” and “Frances Ha.”

Gerwig, who is currently editing her much-anticipated “Little Women” adaptation for a Christmas release, is also being “eyed” to direct the film for Warner Bros. Baumbach is also preparing for his next release, an untitled marital drama starring Adam Driver and Scarlett Johansson that Netflix will release in the fall.

The duo’s screenwriting deal is apparently done, though Gerwig’s directing attachment has “not yet closed.”

The film will star Margot Robbie, who will also produce through her production banner LuckyChap, with Tom Ackerley of LuckyChap Entertainment and Robbie Brenner of Mattel also producing. Josey McNamara and Ynon Kreiz are also producers.

Before Warners landed the rights to the iconic doll, Sony attempted to make a Barbie-centric feature for years, first tapping Jenny Bicks to script the feature in 2014 before adding Diablo Cody for rewrites in 2015, followed by a studio-wide call for scripts that ended with Hilary Winston landing the scripting gig. By 2016, Schumer had come on board to star in the film, which was also due for a rewrite from the comedian and her sister Kim Caramele. The duo ultimately left because of scheduling conflicts.

In the months that followed, buzz about the film swirled with Anne Hathaway rumored to be taking on the leading role and director Alethea Jones reportedly tapped to direct the film. Sony eventually lost out on the film, and Mattel closed a deal with Warner Bros. in January to distribute the film.

While it’s unclear what this version of the film will be about, the Schumer-starring version reportedly followed a Barbie “after she gets kicked out of Barbieland for not being perfect enough and fitting the mold. She then lands in the real world and goes on a life-changing adventure.”