Erin Lee Carr's two-part doc dives deep with limited time, but the story of Conrad Roy and Michelle Carter is readymade for a longer exploration. 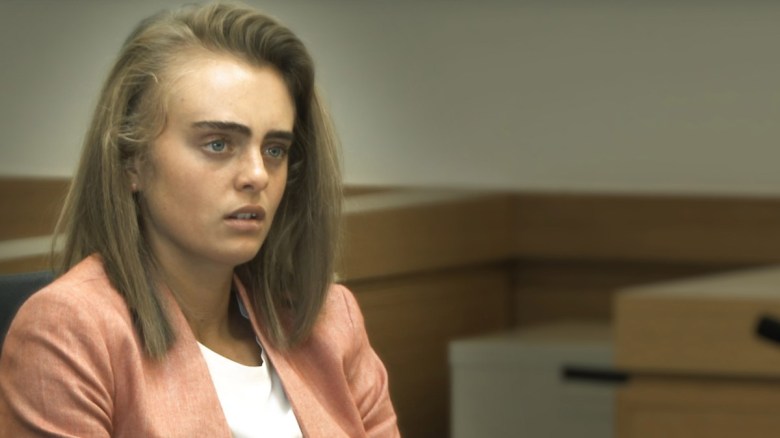 Early in Erin Lee Carr’s “I Love You, Now Die,” grieving father Conrad Roy Jr. breaks down sobbing while sitting in his suburban kitchen, still reeling from the 2014 suicide of his son Conrad Roy III. Overcome by emotion and in the midst of a bizarre trial against his son’s girlfriend, accused of aiding Conrad’s death via text message, “Con” can’t hold back his tears. Carr, who has long excelled at untangling complex legal cases in service to even-handed documentaries, stays steady on his crumpling face, letting the elder Roy tell his own story and work through his own feelings.

A similar scene unfolds in the second half of Carr’s truncated docu-series — airing on HBO, it’s just two episodes, though it could stand to be hours and hours longer — as Roy again sits at his kitchen table and blankly answers to accusations of child abuse. You’re damn right he hit his son, and he’d do it again, too. That he doesn’t see the connection between his apparently distraught son and a scary home life is jarring, but it’s also something else: emblematic of both Carr’s riveting doc and the case it chronicles, neither of which offer easy, singular answers. Two seemingly disparate things can be true, at the same time, without invalidating the other. It’s perhaps the only hard and fast fact “I Love You, Now Die” can deliver.

Carr doesn’t aim for absolutes — or absolutions — in her latest documentary, which follows the case against Conrad’s erstwhile girlfriend, Michelle Carter, who was tried for manslaughter in connection with the youngest Roy’s death. It’s a story that bred breathless media coverage, from BuzzFeed features to Nancy Grace segments, all hinging on the contemporary horror of it: the accusation that Carter encouraged Roy to kill himself via text message, and then he actually did it.

“I Love You, Now Die” is divided into two segments, one that ostensibly focuses on the prosecution, another on the defense, though the lines blur between the two sides of Carter’s 2017 trial. Carter and her family declined to participate in the documentary, despite persistent requests from Carr and her team, and the lack of Carter’s input is unmistakable. Still, Carr is able to partially work around big questions with on-screen text messages (she and editor Andrew Coffman have smartly assembled them in a conversational manner), other interviews, a healthy amount of footage from the trial itself, and insights from many close to the case.

The revelations are indeed shocking, including salient information that never managed to break through the media haze, including Roy’s history of suicide attempts, Carter’s own mental illness, and an initially bizarre (and then oddly compelling) theory that involves, of all things, the television show “Glee.” Carr’s film handily tears down much of the narrative surrounding the event — for instance, did you know that Carter never texted Roy to “get back in” his carbon monoxide-filled truck? — and aims to find some deeper truths underneath all the scrum.

It’s a tough ask. Clocking in at around two-and-a-half hours, “I Love You, Now Die” is both hamstrung and helped by its relatively short running time. On one hand, it keeps things concise, with Carr giving most of her attention to the trial itself, all the better to illuminate relative truths in a twisted case surrounded by conjecture and rumors. On the other, it inhibits Carr from being able to more deeply explore both Roy and Carter, with a few notable exceptions.

That bit about Conrad Roy Jr. hitting his son? It feels like the lead-in to a much longer look at Roy’s young life, but it exists primarily as just that: Roy fessing up to a recorded crime, with the documentary soon moving on to the next piece of the puzzle. Carter’s mental state understandably gets more attention, and a cutting montage of her peers taking the stand to talk about how she wasn’t really part of their friend group is both queasy and empathetic.

Audiences might not walk away from “I Love You, Now Die” liking Michelle Carter (during a post-screening discussion about the film last week, even Carr admitted that her subject is as “unlikable” as people get, the kind of person others instinctively turn away from), but they’ll at least grapple with moments of understanding her.

The central question of the Carter case is easy enough to ask — would Conrad Roy III have committed suicide without “encouragement” from Michelle Carter? — but as Carr’s doc winds on, it seems less likely that anyone will ever hit upon a definitive answer. That’s the point, of course, and the longer “I Love You, Now Die” runs, the less clear it is what happened and how and why and, moreover, what it all means.

It means at least two things: someone was alive, and now they are not. Everything else in between is for debate, and to be left to rest. Two things can be true at the same time, but neither one can satisfy.

This Article is related to: Television and tagged Erin Lee Carr, HBO Documentary Film, I Love You Now Die, Reviews