The star of "The Art of Self-Defense" explains the self-awareness he brings to his roles, and why his creative ambition expands beyond the screen. 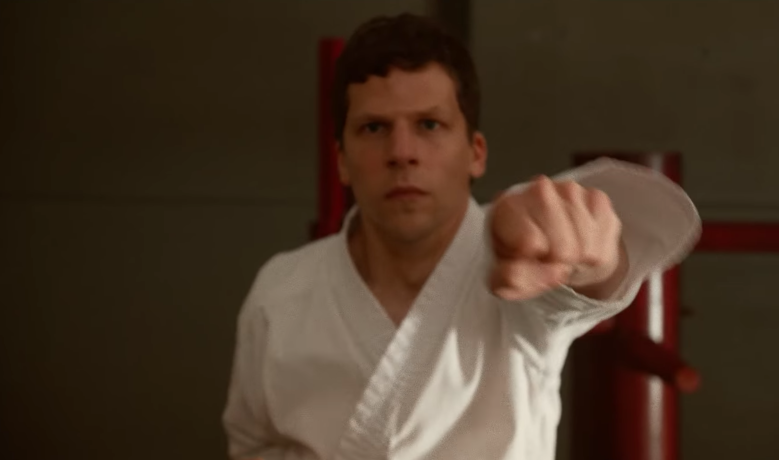 “The Art of Self-Defense “

Jesse Eisenberg excels at playing jittery, insecure young men, but he’ll never pursue those roles as a punchline. “People describe me as playing characters that are shy or introverted,” he said during a recent lunch in Chelsea. “These are things that are also natural to me as a person. I grew up introverted and shy in a smart family, and so when I read scripts that commodify and mock that…” He trailed off and grinned. “Is ‘kryptonite’ the right word?”

It was an ironic choice for the guy who played Lex Luthor in “Batman v. Superman,” a role that Eisenberg said he tackled for the villain’s longstanding pop-culture pedigree. It was better than some of the other paycheck gigs sent his way. “There was a movie that I heard was being developed at a major studio, which was about a guy who comes up with a math equation to make the perfect girlfriend,” he said. “That would cripple me.”

Instead, Eisenberg pursues odd and inspired gigs like “The Art of Self-Defense,” a movie that taps into his unique screen presence with fascinating results. Director Riley Stearns’ dark comic odyssey follows a lonely man who joins a karate class to improve his confidence, only to get drawn into a Kafkaesque scenario involving cultish psychopaths and lots of bloody fights. Lorded over by a demented instructor who goes by “sensei” (a devious Alessandro Nivola), Eisenberg’s character becomes a victim of all-too-relevant toxic masculinity.

“It’s a great example of a project that so cleverly subverts that characteristic,” Eisenberg said. “It’s not just a kind of obvious critique of the alpha male.”

A decade ago, the actor hovered between two possibilities: He was the zany cartoon survivor of “Zombieland” and the intense, Oscar-nominated Mark Zuckerberg doppelgänger in “The Social Network.” That balance continues to this day, as his fussy, neurotic performances oscillate between brash entertainment and subtle character studies. The sequel “Zombieland: Double Tap” opens in October, but “The Art of Self-Defense” follows up on riskier visions of neurotic uncertainty found in everything from “The Double” to “The End of the Tour.”

Eisenberg settled into that motif, which began with his 2002 breakout in “Roger Dodger,” a role that scored him an agent at William Morris and his first major lead in Noah Baumbach’s “The Squid and the Whale.” From there, the Eisenberg persona took hold.

“I was playing a more arrogant character,” he said. “And then I played it a lot. You can’t really control what you’re known for, because you can’t imagine what thing is going to be popular. It’s luck and the nature of a strange career where people know you for different things.”

Eisenberg doesn’t watch his movies, avoids the internet, and enjoys a quiet family life with his wife and his young child in Bloomington, Ind. That affords him the rare luxury of seeing his career exclusively through his own filter. “Batman v. Superman” may have been assailed as a dull tentpole, but Eisenberg insisted that the project — as well as two “Now You See Me” movies — felt consistent with his interests in quirkier projects like “The Art of Self-Defense.”

“The fact that the two movies are perceived quite differently, exhibited very differently, and also evaluated very differently is not really relevant to me,” he said. Asked if he’d play Lex Luthor in future DC projects, Eisenberg didn’t hesitate. “Oh, I’d do a thousand of them,” he said. “One of them takes a long time to write and get made, and the other one you show up to set and get to do the thing right away, but no, they’re both creatively fulfilling in the same way.” 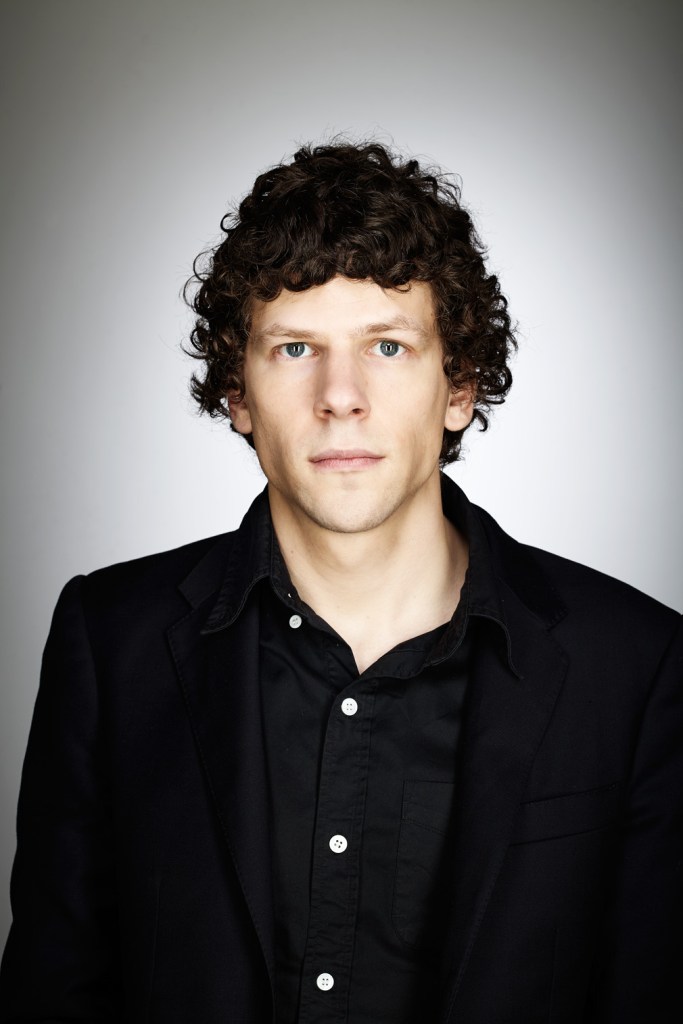 Eisenberg harbors other ambitions beyond his acting career: He has written three off-Broadway plays, a short story collection, and a flurry of fiction for The New Yorker and elsewhere. And while he hasn’t tapped into the contemporary television landscape as an actor, in 2016 he directed a pilot episode for a show starring Parker Posey based off his short-story collection, “Bream Gives Me Hiccups.” That was for Jax Media, the company that made “Broad City,” but it never made it beyond the first episode. “I liked it, but it got picked up by a company that disappeared, so now that’s nowhere,” he said.

In 2017, J.J. Abrams’ company Bad Robot announced the development of “The Market,” a comedy series starring Eisenberg, but that also never came to fruition. It was the story of widower who moves in with his adult son as they both struggle with unemployment; ironically, the show faced a similar fate. “After six months of rewriting, we pitched it to everybody,” Eisenberg said. “It was a very topical thing, but everybody turned it down.” He brushes off the disappointment:  “I’ve had two not-great experiences, but I’m sure I’ll do something else,” he said.

Eisenberg may not follow the way the world processes his work, but he seems queasy in the spotlight. “I’m a hundred percent paranoid that I’m going to say something problematic,” he said. “I’m not a person that has any bad thoughts in my head. I’m thoughtful about what I say, but I do have aggressive opinions.”

He has slipped up a few times. There was that 2015 New Yorker column in which he imagined the life of self-absorbed film critic, unleashing the ire of several real ones. (“I was so stupid that I did it about film critics,” Eisenberg said. “I should’ve made it an art critic or something. I’m an idiot.”) That same year, in an interview with the AP, he described attending Comic Con as “some kind of genocide.” He squirmed as he recalled the experience, for which he issued an apology.

“They asked me, ‘What was Comic-Con like? And my first thought was, ‘Oh it was like being The Beatles, because you’re standing in front of 20,000 people who are screaming your name,'” Eisenberg said. “As I was saying it, I was thinking, no, no, no, don’t say The Beatles. That sounds arrogant. So I switched it right up to genocide. Because what’s the opposite of The Beatles? And then people thought I was comparing Comic-Con to actual genocide. That hurt me.” He shrugged. “I haven’t been back to Comic-Con.”

At the time, he was making the promotional rounds with his “End of the Tour” co-star Jason Segel, and asked the actor if the mini-controversy would have an adverse effect on his career. “He goes, ‘Only if you want to star in popular movies,'” Eisenberg said. “He said it as a joke, but that’s what it is. If you want to star in movies where someone’s not going to dig into the irony of your jokes, don’t say stuff like that. It didn’t occur to me.”

No matter how Eisenberg envisions his future, he has made some measure of peace with fame. “I think for all the things that people get stopped on the street for, mine is one of the best, which is that they saw me in something kind of benign that they remember seeing on television,” he said. “Every person in the arts, by virtue of it being this kind of unpredictable, freelance thing, feels like they’re one project away from the thing that they feel they deserve.”

The Bleecker Street release “The Art of Self-Defense” is now playing in select cities.

This Article is related to: Film and tagged Interviews, Jesse Eisenberg, The Art of Self-Defense