Sony Pictures is hoping to strike box office gold again with this sequel to 2017's record-breaking "Jumanji: Welcome to the Jungle." 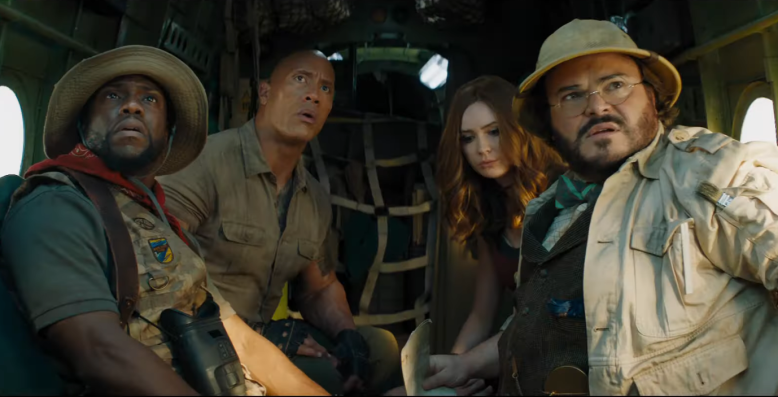 Kevin Hart, Dwayne Johnson, Karen Gillan, and Jack Black are thrown into another crazy adventure in the first trailer for Sony Pictures’ “Jumanji: The Next Level.” The film is the sequel to 2017’s “Jumanji: Welcome to the Jungle,” a surprise Christmas smash hit that went on to earn $404 million in the U.S. and a huge $964 million worldwide. The film set a domestic record for Sony and passed “Spider-Man” to become the studio’s highest-grossing U.S. release (unadjusted for inflation), which means the pressure is on for “The Next Level” to deliver the box office goods this upcoming holiday season.

In “The Next Level,” Hart, Johnson, Gillan, and Black return as their video game avatars while Ser’Darius Blain, Alex Wolff, Morgan Turner, and Madison Iseman once again play their original real-world counterparts. Nick Jonas and Colin Hanks are back as well, while new additions to the “Jumanji” franchise include Awkwafina, Danny DeVito, and Danny Glover. The twist this time around is that DeVito and Glover get pulled into Johnson and Hart’s avatars, giving the latter two the chance to show off some new comedy skills.

Re-joining the actors is co-writer and director Jake Kasdan who, before the family adventure film, was best known for helming R-rated comedies such as “Bad Teacher” and “Sex Tape.” “Welcome to the Jungle” marked the third entry in the “Jumanji” film franchise after the 1995 Robin Williams classic “Jumanji” and the 2005 spinoff/sequel “Zathura: A Space Adventure.”

“The Next Level” is set to give Johnson another 2019 blockbuster after this summer’s “Fast and Furious” spinoff movie “Hobbs and Shaw.” Gillan has already been part of a $2 billion blockbuster thanks to her role as Nebula in “Avengers: Endgame.” While Hart’s indie drama “The Upside” had a strong box office run at the start of 2019, “The Next Level” will mark his first major live-action studio role in over a year. He’s currently in theaters as the voice of Snowball in “The Secret Life of Pets 2.”

Sony Pictures will release “Jumanji: The Next Level” in theaters nationwide December 13. Watch the first official trailer in the video below.