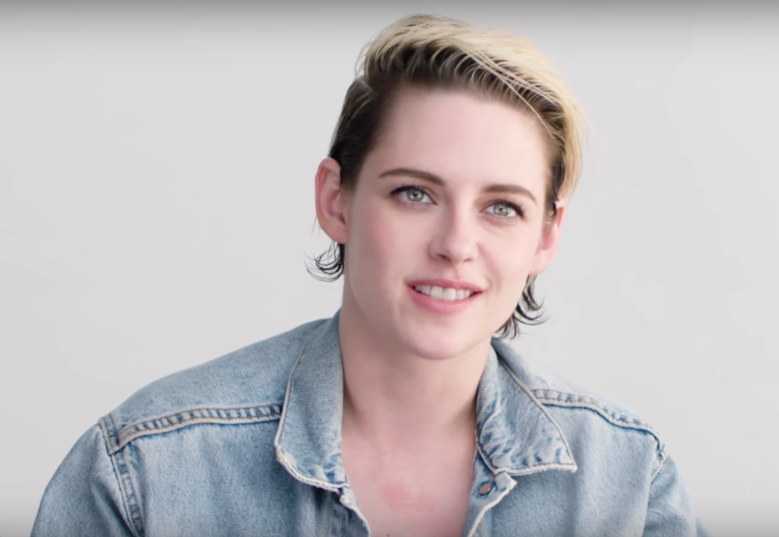 Anyone who was watched Kristen Stewart’s film work evolve over the years knows she is in possession of an extremely controlled talent capable of communicating great emotional depths. Though her offscreen persona can be a bit opaque — her reserved nature comes from years as a teen idol from the “Twilight” years — any actor as good as Stewart is obviously a deeply sensitive soul. That much is clear from an anecdote she shared recently about playing Joan Jett during the 2010 rock biopic about the legendary musician. During a video interview with Vanity Fair, Stewart recalled the first time she played The Runaways’ hit song Cherry Bomb in front of Jett.

“At our first band rehearsal, we were playing Cherry Bomb and I just wasn’t committing to it at all because we weren’t shooting. Why would I fully, fully, fully lean into this when we’re not actually here to capture it? It just felt almost like I was traipsing on something, or doing a lame impression just for the sake of it,” Stewart recalled. “I saw her face kind of go like, ‘what the fuck?’ — we had spent all this time together and all of a sudden I was like dropping the ball or something. She doesn’t make movies, I don’t make music, we do different things. I had to literally, imploringly, run over and tackle her and be like, “Yo! Trust me. I just don’t work like that, I just can’t do it right now.’ … Very intimidated. I was like crying. I was like, ‘trust me, I swear to you I can do this.'”

It wasn’t the first time Stewart had played a musician, though she didn’t fare much better during her audition for Sean Penn’s 2007 survival drama “Into the Wild.” In the film, Stewart plays Tracy Tatro, a teenage girl who plays guitar after showing interest in Emile Hirsch’s character.

“I auditioned for it after the read through, and couldn’t even face [Sean Penn],” she said. “I was like facing a wall, very badly playing ‘Blackbird.’ Couldn’t sing it.”

Luckily, she booked the role despite her audition nerves, and she credits Penn with inspiring her to want to direct. (She will soon make her feature directorial debut with an adaptation of Lidia Yuknavitch’s 2011 memoir “The Chronology of Water.”)

“We didn’t know what we were gonna do until we found it,” she said. “Sean is like a master at that. Those few days with Emil [Hirsch] and [Sean Penn] and [DP] Eric [Gautier] made me want to direct movies. Straight up. Seeing him in the way he sort of led this charge that was unbridled. I was like, ‘yep, absolutely. I would love to do that.'”

Watch the full interview with Stewart below.

This Article is related to: Film and tagged Kristen Stewart, Sean Penn, The Runaways