How the fairy tale fight no one knew they needed to see became one of the creator's "favorite things ever." 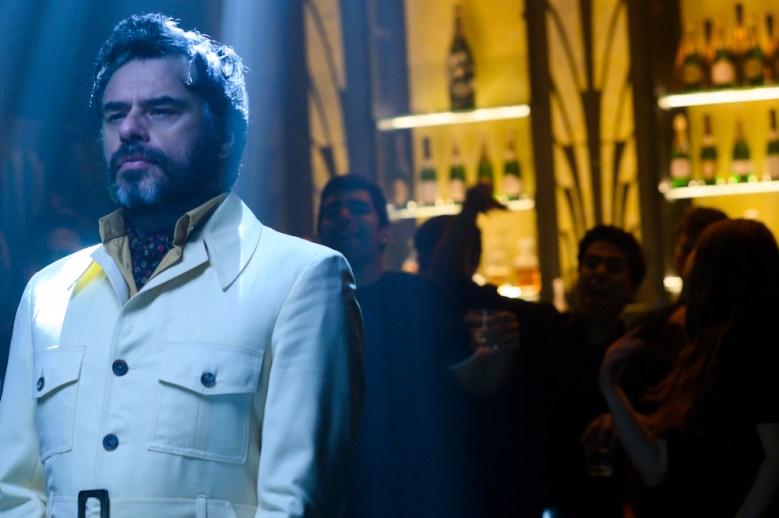 In a way, this was inevitable. The latest episode of “Legion” featured a rap battle between Oliver (Jemaine Clement) and The Big Bad Wolf (Jason Mantzoukas), where the winner gains control over a young girl’s fate. I mean, it’s obvious. How could the third and final season of “Legion” not include an episode that’s basically a fairy tale about nature vs. nurture that also features a “magical mammal” dropping the mic on a “supine lupine”?

“I really liked that about this show — that it can almost change genre, even within the episode, a couple of times,” Clement said in an interview with IndieWire. “It’s always great turning up and seeing what crazy stuff they’ve built or the ideas that are thrown around.”

Therein lies the inevitability in what’s an otherwise unexpected scene within an astonishing sixth episode: “Legion” has been creating big musical numbers since the beginning. Whether it’s David (Dan Stevens) leading a jubilant dance sequence joined by inmates in an insane asylum or squaring off with Amahl Farouk (then embodied by Aubrey Plaza) in a Season 2 dance battle, writer-showrunner Noah Hawley is always looking for ways to incorporate music into his “not your everyday” superhero story.

“There are only so many ways you can punch someone,” Clement said. “So [Hawley] tries different things to have an original confrontation in each episode.”

“It wasn’t my plan,” Hawley said. “I didn’t go into the script with that idea [for a rap battle]. I just started thinking about what that battle should be and thought, ‘Well, it’s Jemaine.’ I would be depriving his fans and my audience of a golden opportunity if I didn’t take this seriously.”

This particular confrontation was set up by Hawley’s unique take on the episode.

“I always had this idea that at a certain point in the story David fractures Syd’s mind, and that we would do an episode with her [as a young girl] where she’s nursed back to health with Jemaine and Jean Smart, but I didn’t know what that meant,” Hawley said.

When he sat down to write the episode, Hawley said it just “turned out to be this modern riff on fairy tales.” But it also explores a theme prevalent in the final season, if not the series overall, about a “meditation” on how parenting can affect a child’s life. 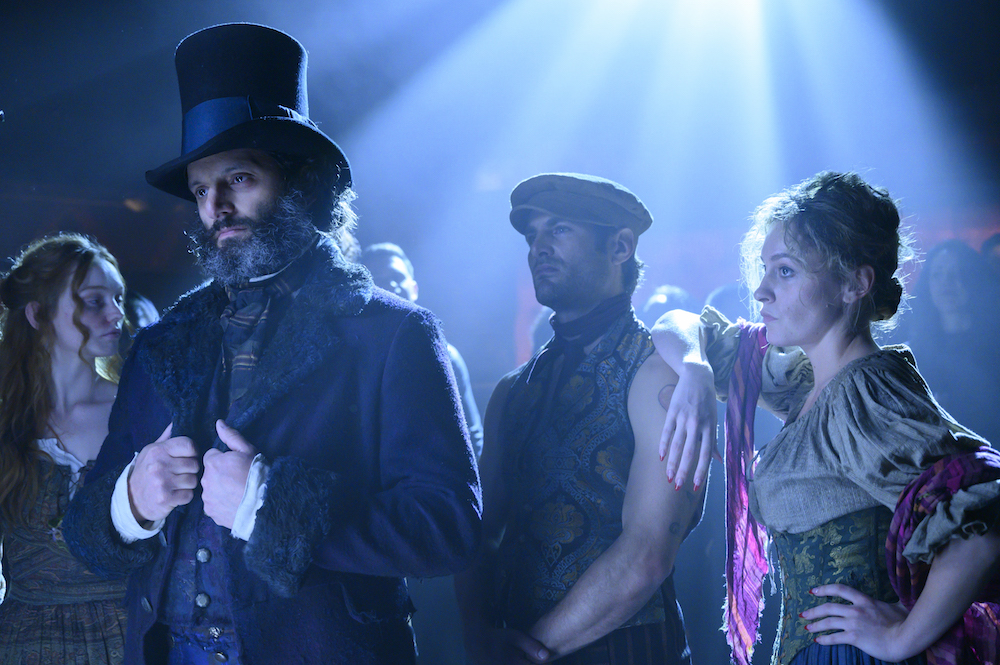 Clement said, “It’s tackling a really big subject: nature vs. nurture — the idea that if you had a different childhood, would you approach things differently? How would it change you?”

“But again, because it’s ‘Legion,’ [we want] to play with it in a fun and inventive way,” Hawley said. “We introduced this Big Bad Wolf character whose goal is not to eat this baby, but he wants to tell her things about the world before she’s ready. He wants her to grow up too fast, basically, and ultimately we know that Jemaine is on a showdown with this character, and there has to be a conflict between them to resolve it.”

Enter the rap battle: Hawley wrote the lyrics for each character himself, which started as a placeholder so anyone reading the script would understand what’s happening, but he soon built them into savvy, shifting lyrics that both actors ended up keeping.

“I assumed [Jemaine] might say, ‘Oh, I don’t want to do that,'” Hawley said. “But he did it, happily, and had no real complaints. I said if you want to re-write this at all, feel free. He changed very little, we filmed it, and it’s one of my favorite things ever.”

“Having written many televised songs, there was a different approach to [this one],” Clement said. “I don’t really take myself seriously as a musician — definitely not as a rapper — so Jason and I were both a little nervous about it. But when we came to film it, it felt a lot better than it did reading it. It was really fun. We had a day of doing that scene, and I didn’t get bored with it at all. I enjoyed it every time.”

Clement, who didn’t know he was going to be in this season until he got the call for this episode, said he hadn’t watched the scene yet, but over the years he’s come to enjoy “Legion” like everyone else: as a viewer, more than a part of it. Even arriving for the final season, which now only has two episodes left, he stopped asking questions about where the show was going or what the ending was, preferring to be surprised by the final cut.

“I’m going to miss that about the show: You never know what it would be.”

“Legion” airs Mondays at 10 p.m. on FX. There are two episodes left in the series.

This Article is related to: Television and tagged Jemaine Clement, Legion, Noah Hawley