The series is airing to rapturous reviews — but zero promotion — on Amazon Prime Video. 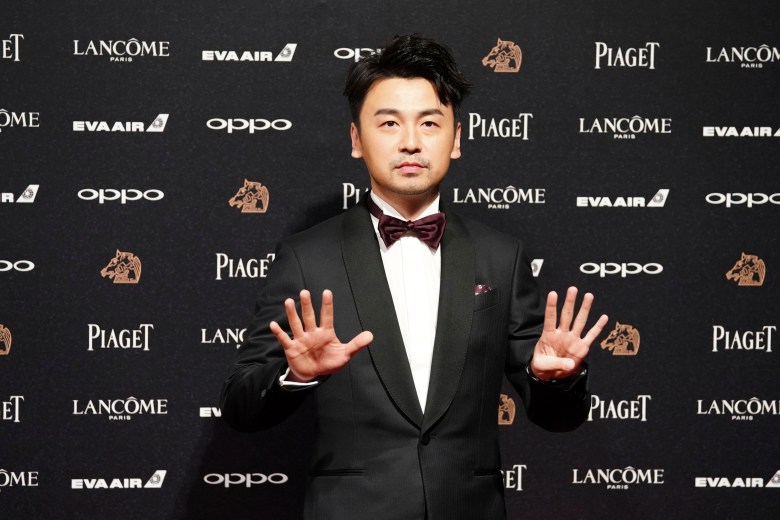 “The Longest Day in Chang’an” star Lei Jiayin at the 54th Golden Horse Awards in Taipei, Taiwan in 2017.

The action-packed web series “The Longest Day in Chang’an” has taken the Chinese internet by storm, but American audiences shouldn’t feel guilty if this is the first they’re hearing of it. It turns out that even one of the summer’s most successful series overseas can’t find a stateside foothold among fans when Western media elects to almost completely ignore it.

“The Longest Day in Chang’an” is a period drama that takes place during the cultural height of the Tang Dynasty that follows the head of Chang’an’s anti-terror department and a detective-turned-prisoner, who must work together to stop a mysterious army that has infiltrated the empire’s capital. The series has been a smash hit in China and the Western viewers that have seen it — the series is streaming on Amazon Prime Video — are similarly hooked, if the effusive user scores on Prime Video and IMDb are any indication.

Prime Video’s brief synopsis of the series is full of infectiously pulpy excitement, but Amazon hasn’t done much else to promote the series. Western news organizations haven’t picked up the slack, either, as coverage of “The Longest Day in Chang’an” is essentially limited to Chinese-oriented entertainment websites.

It’s our loss, apparently, but the lack of American buzz for “The Longest Day in Chang’an” isn’t unusual. Although China has become an essential market for American studios to cater to in recent years, Chinese productions do not enjoy anywhere near the level of influence in the United States.

Take “The Wandering Earth,” one of the most financially successful films of 2019. IndieWire critic David Ehrlich wasn’t a fan of the film, savaging it as “borderline unwatchable” in his May review, but the sci-fi movie grossed around $700 million earlier in the year and has only been outpaced by Disney films and Sony’s “Spider-Man: Far From Home” in China. Despite this, Netflix made practically no effort to market the film when “The Wandering Earth” hit the platform in May.

The opposite is very much the case for American productions. It’s not an industry secret that American entertainment companies of all creeds have begun increasingly catering to the massive and financially essential Chinese market in recent years.

Some good has come from this, as American studios are becoming much more eager to cast Chinese talent in high-budget projects, boosting representation. On the other hand, there are freedom of speech issues that stem from China’s stricter censorship rules, which often results in American film scenes with strong violence, blood or homosexuality getting cut or altered. More generally, the blatant pandering to Chinese audiences in major films such as “Transformers: The Last Knight” and “Skyscraper” via nonsensical product placements or random references reeks of cynicism.

Regardless, the imbalance between Americans promoting Chinese films and television shows and vice versa is perplexing. Cultural differences and language barriers are one thing, but that certainly hasn’t stopped Chinese audiences from devouring American films. Shows with the most mainstream of appeal, such as “Terminator Genisys” and the aforementioned “Transformers” movie, soared in China when American audiences turned their heads away.

Perhaps American audiences are less open to foreign films and television shows. But still, given the  success of “The Longest Day in Chang’an” and “The Wandering Earth” in China, it’s befuddling that American companies aren’t even making an effort to champion such projects stateside.

This Article is related to: Television and tagged Amazon Prime Video, China, The Longest Day in Chang’an