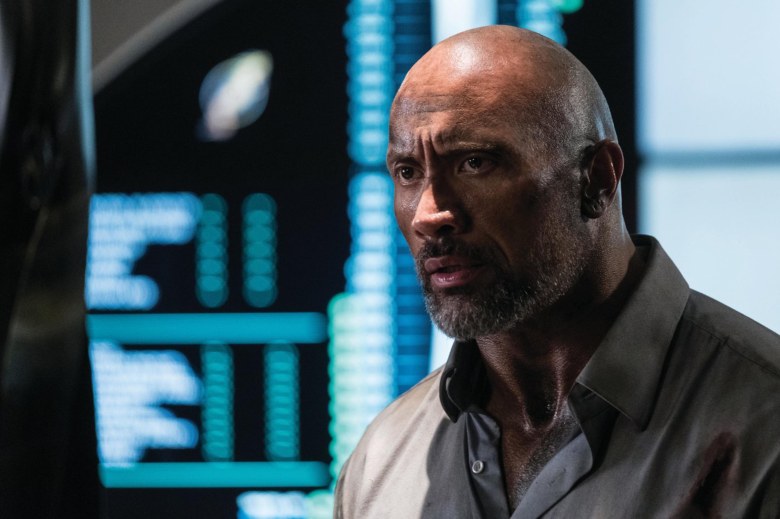 Last week’s report that Netflix was cutting back on its budgets for original film and television projects is not applying to “Red Notice,” the action thriller starring Dwayne Johnson, Gal Gadot, and Ryan Reynolds that the streaming giant picked up on July 8. “Red Notice,” directed by Johnson’s “Central Intelligence” and “Skyscraper” helmer Rawson Marshall Thurber, was originally set up at Universal for a November 2020 release before moving to Netflix.

A new report from Variety claims Netflix could be spending a massive $200 million on “Red Notice.” One insider told the publication the budget was roughly $160 million, although Variety reports with additional fees that number could easily get closer to $200 million. Even the reported $160 million price tag would make “Red Notice” the most expensive original in Netflix’s history. Johnson thanked Netflix on social media for “making its largest commitment ever to a feature film.”

“Red Notice” stars Johnson as an Interpol agent tasked with capturing the most-wanted art thief in the world. Gadot joined the project in April, while Reynolds’ casting was announced with the news that Netflix was buying the big-budget action thriller. Per Variety, both Reynolds and Gadot will be seeing $20 million paydays for their roles. Johnson is expected to make millions more since he is also a primary producer of the movie. Thurber, whose directorial efforts also include the comedy “We’re the Millers,” is reportedly making at least $10 million.

In the wake of last week’s reports about decreasing budgets for original productions, a Netflix spokesperson told IndieWire the company uses viewing relative to cost as one measure of success and is always looking for ways to get better. “There’s been no change to our content budgets, nor any big shifts in the sorts of projects we’re investing in, or the way we greenlight them,” the spokesperson said.

Getting three of the biggest stars in the world in one movie was never going to come cheap, but a $160-$200 million price tag for an original idea is huge even by non-streaming standards. Netflix has been known to break the bank when it comes to landing high profile projects. For Martin Scorsese’s “The Irishman,” the streaming giant reportedly committed to a $100 million budget before expensive VFX allegedly drove the price near the $140 million mark. Netflix’s Will Smith-vehicle “Bright” cost a reported $90 million, while the upcoming Michael Bay-Ryan Reynolds action film reportedly costs $150 million.

IndieWire has reached out to Netflix for further comment.

This Article is related to: Film and tagged Netflix, Red Notice, Ryan Reynolds