New video released by PETA shows the chimp featured in Scorsese's film tethered and forced to perform in a circus show. 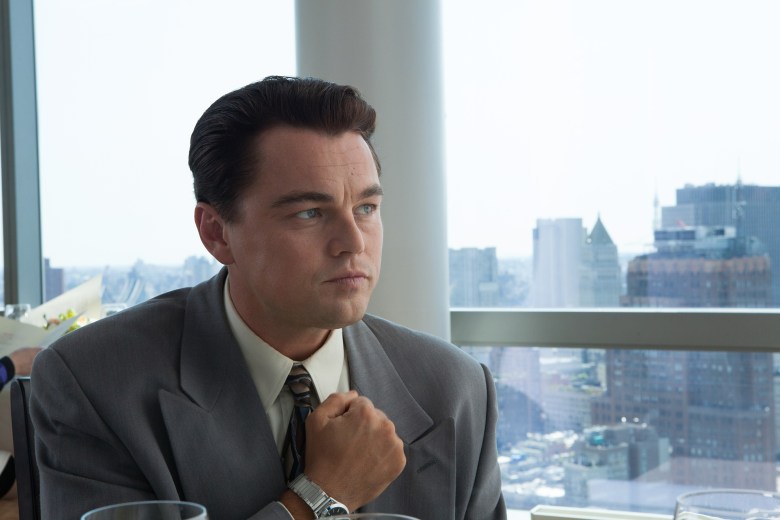 “The Wolf Of Wall Street”

Nearly two years after first contacting Martin Scorsese and Leonardo DiCaprio, PETA has reached out again this week to the film collaborators calling on them to help free the chimpanzee that was featured in “The Wolf of Wall Street.” PETA obtained new video of the chimpanzee being tied up and forced to perform in a circus show. A PETA representative told IndieWire the organization sent letters to Scorsese and DiCaprio asking if they will help in the animal’s release.

“Dear Mr. Scorsese and Mr. DiCaprio,” the letter reads. “Our team recently obtained this footage of Chance, the chimpanzee used in ‘The Wolf of Wall Street.’ As you’ll see, he’s still being used in a circus sideshow, tethered and forced to perform in front of frightening crowds. There’s still time to help him. Will you? Please let us know.”

Upon first discovering the chimpanzee’s fate following “The Wolf of Wall Street,” PETA informed the public that the animal was being “forced to perform in regular shows at a roadside zoo.” The zoo is run by “the notorious Rosaire family, a conglomeration of animal exhibitors who have been cited numerous times by the U.S. Department of Agriculture (USDA) for violations of the federal Animal Welfare Act (AWA), including failing to provide chimpanzees with sufficient space and restraining them with rope nooses around their necks, among many other issues.”

PETA has had a busy week with Hollywood talent. The organization recently issued a statement condemning Quentin Tarantino’s “Once Upon a Time in Hollywood” for what it says was the mistreatment of the pit bull terrier featured in the film.

“Pit bulls are the most abused and abandoned animals in dogdom, and in one thoughtless swoop, Quentin Tarantino has done much to exacerbate the situation by getting dogs from a notorious breeder for ‘Once Upon a Time in Hollywood,’” PETA wrote. “Pit bulls are chained, caged, neglected, starved, beaten, and even set on fire and fought to death…While the humane community is doing all that it can to help these animals — primarily, by shutting down the pit bull breeding industry — Tarantino has set them back. Shame on him.”

PETA first called on Scorsese and DiCaprio to make personal pleas for the chimpanzee’s release back in August 2017. The organization followed up on its request in a new letter sent July 29.

This Article is related to: Film and tagged Leonardo DiCaprio, Martin Scorsese, PETA, The Wolf of Wall Street