The beloved Canadian filmmaker reflects on her deeply personal masterpiece and prepares for the next — more prolific — phase of her career. 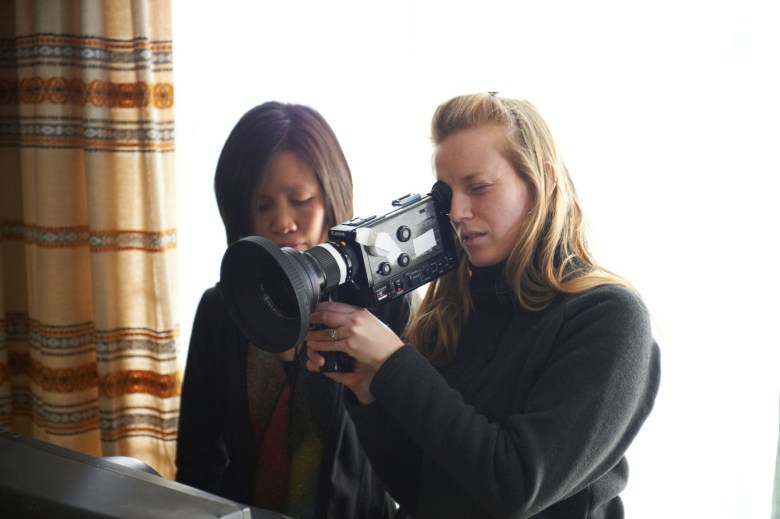 Sarah Polley on the set of “Stories We Tell”

When actress-turned-filmmaker Sarah Polley premiered her feature film, “Stories We Tell,” on the fall festival circuit in 2012, no one knew exactly what to expect, even Polley. While the Canadian star, known for such wide-ranging roles as the plucky protagonist in the kids’ series “Ramona” and a heartbreaking teen in Atom Egoyan’s tragic drama “The Sweet Hereafter,” had already directed two well-recieved narrative offerings, including the Oscar-nominated “Away From Her,” her third film was something different.

While it was billed as a documentary and early materials hinted at its personal nature, few were prepared for the shocking intimacy on display, which blended both doc and narrative elements and told the story of Polley’s own parentage. Combining “flashback” sequences in which the filmmaker cast actors as her own family interspersed with talking head interviews with the real people at its heart, “Stories We Tell” takes the concept of the “family secret” and turns it into both a vivid film and an audacious piece of storytelling.

Six years on, Polley still remains surprised by its warm reception — earlier this week, IndieWire ranked “Stories We Tell” as one of the 100 Best Movies of the Decade — and not at all shy about admitting just how little even she understood about what she was making. Polley’s film ranks as IndieWire’s thirty-fourth best film of the decade; ahead, the filmmaker looks back on a film that changed both her personal and professional life, how she learned to love projects that challenge her, and what’s next.

What do you think the legacy of “Stories We Tell” has been?

I think it’s impossible for me to say, because I’m still so deep in it. When I watch it, I still don’t see a movie there, I just see this kind of fog that I never found my way through. The fact that anyone saw a cohesive film in there is still amazing to me. It’s a strange one because I was so close to it and because I was so deep inside it, I find it impossible to see it with any kind of perspective or distance.

I think a lot of my thoughts about it revolve around reality versus fictionalization. I was telling the truth as closely as I could within telling the multiple truths in the film. In that context, I was trying to get as close to my own truth as possible without ever actually revealing my own truth.

I think what’s startling is when I come up against the fact that, as you get older, you see things differently. You see family dynamics differently, people as having more layers. I can see in the film now ways in which I was fictionalizing things without even knowing that I was doing that, like creating impressions of people or relationships as I wished them to be as opposed to what they actually were, and the various ways in which your loyalties your protectiveness of people in relationships obscure the truth.

For me, the legacy is that anyone thought it was an actual movie, as opposed to just a complete mess that I never cleaned up.

Why did you want to use your own family and history as the basis for a documentary?

I’ve always liked documentaries way more than fictional films, and I’d always wanted to make a documentary. I think what held me back in the past was there were so many ethical questions around documentaries for me, in terms of how people were represented and needing to be honest. Yet also in my mind, I think it’s incredibly important to be understanding and empathetic to the ways in which you’re disrupting a person’s life by putting them on film.

The way I could justify it to myself with my own family was that I knew there were consequences I was going to have to live with and bear the brunt of and couldn’t just completely walk away from. There are a lot of very ethical documentary filmmakers out there, but there are also many who don’t really care about what the impact is on people’s lives of the stories they’re telling. I felt like it was this weird insurance policy that I couldn’t put the film above the people at any point, because they were people I was going to have to learn to live with. 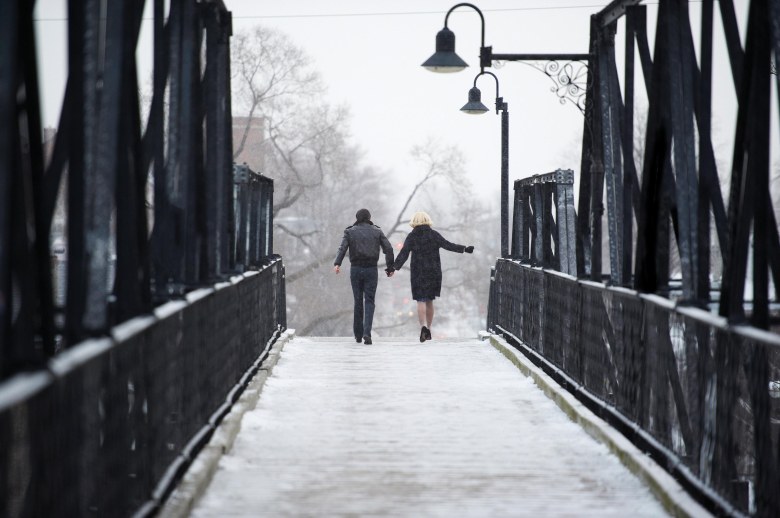 How did making the film change you as a filmmaker?

At no point did I feel like I knew what I was doing when I was making it. It just felt like such a mess, it felt really unpleasant. In the past, I’ve always loved working — I’m not a tortured artist, I just enjoy what I do. This was different. I felt like I was skating on molasses. I was just so bogged down in it and I could never pull back and see what I was aiming for. I was sort of rooting around in the dark, albeit it with the help of a really great editor. But I was very, very lost.

“Stories We Tell” is the film I made that I’m proudest of, because I feel like I wasn’t trying to make it like anything I’d seen before — I was sort of trying to let it invent itself. What I’ve realized is that when you’re doing something that isn’t derivative, you’re going to feel completely lost and completely at odds with yourself. You’re going to be without confidence through the entire process, because there’s nothing you can look to that’s gonna make you feel better or like you know what the goal is.

I’ve learned to actively look for that feeling of being overwhelmed and lost a little bit, and to know that — if you come out of that alive — you might end up with something you’re proud of.

What have been some of your favorite films of the decade?

That’s so difficult! I really liked “If Beale Street Could Talk,” I just really loved that film. I’ve seen so little in the last ten years, I had my first child eight years ago, so it’s been a bit of a desert. [Polley’s daughter offers a correction.] Well, you’re seven and a half, so I was pregnant with you almost eight years ago. Sorry, I’m getting a debate!

What I really love are Adriana Maggs’ movies. She’s a Canadian filmmaker who made “Grown Up Movie Star” and “Goalie.” I loved them.

Are you making another film?

I am! I am going to make another film next summer. I’ve taken a long stretch off since I had my first child and I’ve been home with kids for the most part. But I’ve been writing a lot, and so I’m going to start making films [again]. Hopefully there won’t be as much spaces in between the films, because I’ve got a whole bunch of things I’ve been writing.

Visit our Best of the Decade hub for more of IndieWire’s retrospective coverage.

This Article is related to: Film and tagged Best of the Decade, Interview, Sarah Polley, Stories We Tell