The charismatic Scoop Troopers stole the show from the Mind Flayer. 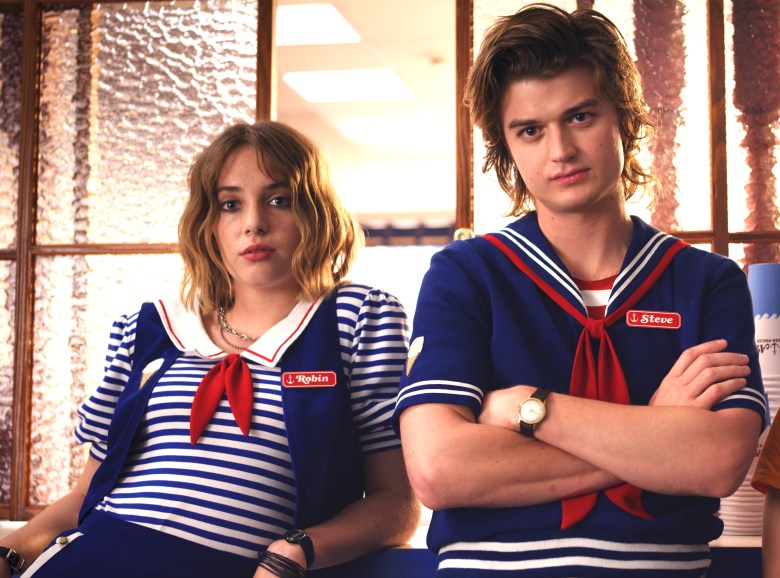 In the grossest season of “Stranger Things” yet – one filled with eye-popping, stomach-turning body horror – it’s appropriate that its most beautiful scene takes place on the floor of a bathroom stall. Despite the various enemy forces terrorizing Hawkins, two teenagers find a moment of humanity that shows how “Stranger Things” has evolved in its third season.

Maya Hawke joins the adventures this season as Robin, a smart girl with artistic taste. As Steve Harrington’s (Joe Keery) Scoops Ahoy! co-worker and former classmate, she gets pulled into an adventure that involves cracking Russian codes, stumbling upon an underground lair, and even being interrogated with truth serum.

But just after puking out the drug, Steve confesses his interest in Robin. The only problem? Robin is gay, although she doesn’t explicitly say so. It turns out that her crush, a girl named Tammy Thompson, had liked Steve, which had sparked Robin’s jealousy-fueled fascination with him. Coming out to Steve actually bonds the two even more as he jokingly mocks her taste in women.

Here’s why the addition of Robin and building her friendship with Steve is one of the highlights of Season 3:

1. The Duffer Brothers Are Best When They Innovate

Although it’s fun to see how the Duffers pay homage to the ’80s and all the Easter eggs they’ve embedded into the show, it’s when they strike out into new territory that the show feels fresh. For example, the friendship between Steve and the much younger Dustin (Gaten Matarazzo) that began last season is something that’s rarely been seen in ’80s films. The Duffers doubled down on that friendship this season, and it pays off once again in a few delightful scenes full of warmth and humor.

2. Steve Is Better the Further He Gets From His Season 1 Persona

Robin had characterized old Steve as a “douchebag,” and he certainly was a jerk in Season 1. But the Duffers said they had been so charmed by Keery that they had rewritten Steve to redeem his character. Playing mom to the group of nerds and hair mentor to Dustin is just the beginning. When he embraces Robin for who she is, he demonstrates a depth not seen in any of the other characters on the show so far.

The Duffers also showcase Matarazzo’s own personality and have leaned into the mouthiness of unexpected Season 2 breakout Priah Ferguson, who plays Erica. Those two joining Steve and Robin as they infiltrate a Russian lab has breathed new life into the usual monster-fighting the show has been known for. The so-called Scoop Troopers may as well be the show’s A-Team. They may not have superpowers or a rifle, but their smarts and reflective conversations have given a new dimension to the show.

3. Robin’s Perspective Is Much Needed on the Show

Although the show is set in the ’80s, it’s made by and for modern people. Therefore, it would be disingenuous to ignore the untold narratives from that era. Gay people have existed throughout time, and yes, even in Middle America, even if the show hasn’t depicted Hawkins, Indiana as the most diverse place. Coming out wasn’t an option for most people, let alone teens, during that time, and it will be interesting to see if the aspect of her character is examined more. For now, it’s heartening to see the Duffer Brothers present this story with compassion.

Robin isn’t just valuable for being the first LGBTQ character on the show (although some viewers speculate that Noah Schnapp’s character Will may also be), but one who offers a different perspective, period. Until now, the show has been somewhat mainstream, albeit in a nerdy way. When her character had been first introduced, Robin was described as the “alternative girl.” Her taste in movies alone – B&W classics and foreign flicks – gives a glimpse into how not everyone worshipped at the altar of Steven Spielberg, George Lucas or Madonna in the 1980s. 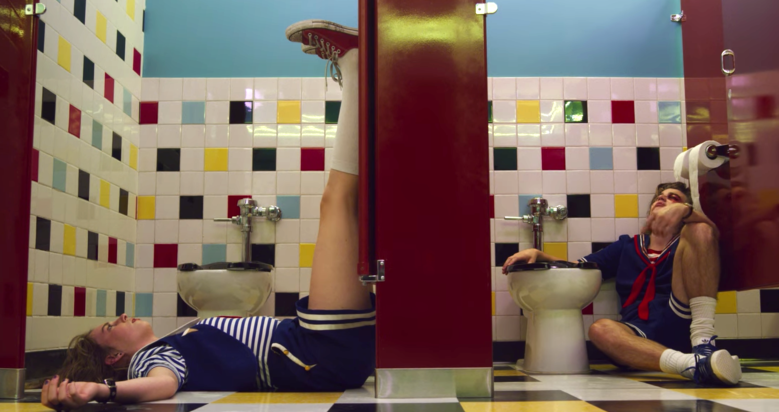 4. Steve and Robin Have Undeniable Chemistry

Although being thrust into a dangerous situation bonds Steve and Robin and allows them to reveal their best selves under pressure, we’d settle for even the most mundane interactions between them. Think how great a day at the video store would be with them bantering about the various movies and customers. That’s because they both have personality to spare and a complementary chemistry.

What really sells the relationship though isn’t just the jokes. The scene in the bathroom demonstrates that each is comfortable enough with the other to be vulnerable. There’s a mutual trust and admiration.

“She’s so funny, she’s hilarious,” says Steve, hinting that Robin is the girl he likes. “This summer I’ve laughed harder than I’ve laughed in a really long time. And she’s smart, way smarter than me.”

It doesn’t hurt that both Keery and Hawke are acting their asses off in the scene to the point where their rather gross setting is forgotten. They’re both feel very natural in their performances and body language. Keery has proven himself before, and although some viewers hadn’t seen it, Hawke starred in PBS’ most recent adaptation of “Little Women,” where she made a helluva acting debut.

Had Steve and Robin ended up together as a couple, the show would’ve been just fine since their chemistry would still be intact. But not having them together actually gives the show another strong platonic friendship that serves to create stronger characters. This season, there was an over-reliance on pairing up – it was a plot device for four couples. Enough!

Steve is the example of how he’s improved since he’s no longer defined by being Nancy’s (Natalia Dyer) boyfriend. Instead, he became a surrogate big brother and pal to Dustin. When Steve confessed his feelings to Robin, he cites how she’s better for him than Nancy was. Just because he and Robin are not going to date doesn’t change that benefit. Like the series itself, he recognizes that she brings something different and needed. We look forward to seeing Steve grow even more from this friendship.

Besides, other dating opportunities will happen in the future. Maybe Steve would be a good wingman.

No really. Expect many Scoop Troopers at Halloween this year. 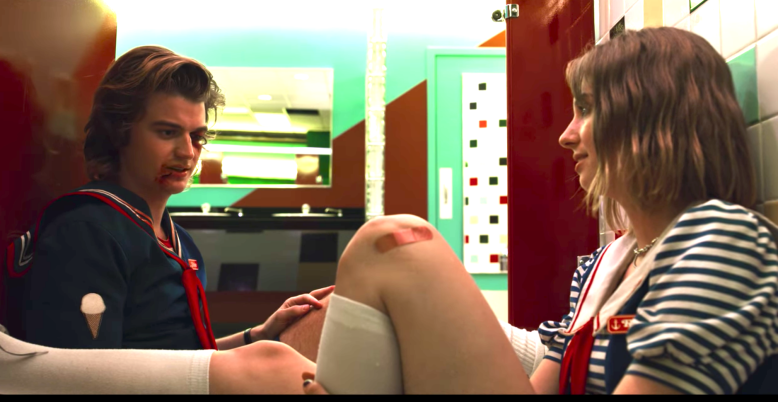