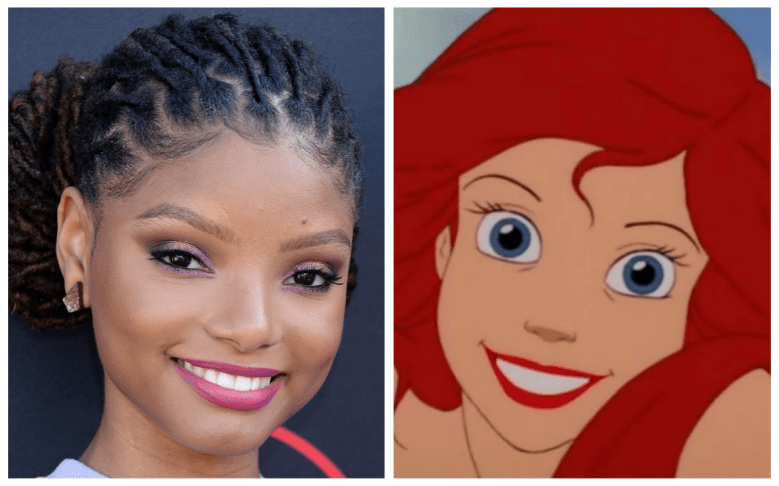 In a big win for audiences eager to see more colorblind casting in Hollywood, R&B singer Halle Bailey has been tapped to play Ariel in Disney’s live-action remake of “The Little Mermaid,” the studio announced today. Bailey is best known as one half of the musical duo Chloe x Halle, which she formed with her sister in 2015. The project will mark her feature film debut.

She joins a cast that includes recent additions Jacob Tremblay as Flounder and “Crazy Rich Asians” breakout Awkwafina. Earlier this week, Variety also reported that Melissa McCarthy was in talks to play the infamous villainess, Ursula the sea witch.

Loosely based on a Hans Christian Anderson fairy tale, the 1989 animated classic follows a red-headed mermaid princess who longs to be where the people are. Alan Menken wrote the original music, including the Oscar-winning tunes “Under the Sea,” “Part of Your World,” and “Kiss the Girl,” with the late Howard Ashman contributing the lyrics.

The live-action film is still in pre-production, but Disney has “Mary Poppins Returns” director Rob Marshall on board, as well as Lin-Manuel Miranda lined up to pen some brand-new songs.

The “Hamilton” creator is also producing the film along with Marshall, Marc Platt, and John DeLuca. David Magee wrote the script, with Jessica Virtue and Allison Erlikhman overseeing for the studio.

As reported earlier by Variety, the team is looking to make “contemporary and compelling casting choices, while still paying homage to the beloved animated original.” Bailey’s casting certainly makes that clear.

Chloe x Halle first rose to fame on YouTube with their covers of Beyoncé songs, before eventually being discovered by the R&B superstar and her record label. The duo has since signed a record deal with Parkwood Entertainment and has opened for Beyoncé on the “Lemonade” tour. The pair also star on the ABC sitcom “Grown-ish,” a spinoff of “Black-ish” created by Kenya Barris and Larry Wilmore.

This Article is related to: Film and tagged Disney, Halle Bailey, The Little Mermaid