Alverson explains why he decided to "remove the Goldblum" from his beguiling new movie.

In Rick Alverson’s “The Mountain,” Jeff Goldlbum is Dr. Wallace Fiennes, a shrewd and conniving lobotomist. He travels across a dreamy ’50s American landscape, performing invasive surgery on a range of subjects who suffer from questionable ailments. Much like the repression endemic to the era, the seductive charm of Goldblum’s character masks the grotesque nature of his profession. The key turning point comes when Goldblum vanishes from the picture, forcing his wayward young assistant (Tye Sheridan) to confront a much darker world.

“I wanted very strategically to remove the Goldblum of the film,” Alverson said. “I wanted to interrupt the charisma intoxication his character brings, the neatness of that character arc. It felt consistent with the lobotomies in the film.”

It’s one of the most fascinating gambles in this summer movie season. The movie sits on a continuum with Alverson’s “The Comedy” and “Entertainment” for how it assails traditional storytelling, with Goldblum’s actual star power serving Alverson’s subversive agenda. (Imagine if one were to “take the Goldblum out” of blockbusters like “Independence Day” or “Jurassic Park.”)

Alverson lives for these disorienting narrative effects, acknowledging that it’s an approach that often turns off viewers from his work. “My corner of the room is intentional disruptions,” he said. “If people see that as failure, that comes from this fixation on conformity.”

In “The Comedy,” Alverson directed Tim Heidecker as a bored, affluent, reprobate New Yorker who had nothing better to do with his time than annoy everyone around him. At the 2012 Sundance premiere, most of the audience headed for the exit long before the credits; those of us who stuck around felt entranced by a movie that tunneled into such a disturbing world, clarifying the dangers of wealth and entitlement in the process. 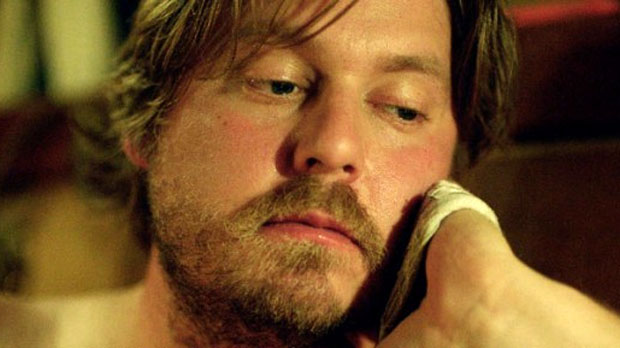 In retrospect, “The Comedy” was a window into the forces behind the era of Trump. “I particularly hate entitled male wealth and everything that surrounds it,” Alverson said. “ I think ‘The Comedy’ is entirely about that. It’s this idea of boundless opportunity and freedom that creates monsters.” He laughed. “And governments.”

Alverson’s movies are filled with quiet, melancholic reflection and mysterious observations about the root causes behind social dysfunction. With an energy and cohesion to his vision that goes well beyond wanting to make people squirm in their seats, he has emerged as one of the sharpest unfiltered voices of American cinema. With 2015’s “Entertainment,” Alverson used standup comedian Gregg Turkington to interrogate the nature of escapism, and how its emptiness provides an excuse to ignore the realities of the world. “The Mountain” widens the frame to indict the coziness of the American dream.

In other words, he’s not just trying to make people squirm in their seats. “I get sad when think I’m just a provocateur, a troublemaker trying to tip over shit for the fuck of it,” Alverson said. “There’s nothing further from the truth. There’s a helluva lot of gravity to it. As filmmakers, we have a responsibility to really consider what we’re putting out into the world.”

The backlash to “The Comedy” was particularly eye-opening. “People got very angry in a personal sense,” he said. “I was like, ‘Wow.’ This is why I go to films, go to the museum, listen to music. But I realized that there’s this conditioning of validation as we surround ourselves with things that have our worldview.”

Alverson sounds like the proprietor of an anarchistic bookstore, and for good reason. A film-school dropout who made music for a decade before returning to the movies, Alverson was inspired as much by Samuel Beckett as Andrei Tarkovsky. Beginning with his first two features, the microbudgeted “The Builder” and “New Jersusalem,” Alverson knew his work would push buttons. However, the ongoing characterization of his movies has made him consider just how many people are willing to meet his agenda on its own deconstructive terms.

“I’m growing increasingly cynical about the future of art cinema,” he said. “I really think it’s being pushed to the center. The idea of indie movies was supposed to be a challenging response to the homogenized center.”

So now, Alverson is trying to smuggle himself in. He’s writing a horror movie and pitching a comedy series with Turkington to various networks. “I want to play at the table,” he said. “I’m stepping entirely over into the center of the fray, where there’s no fray, it’s just stagnant.” 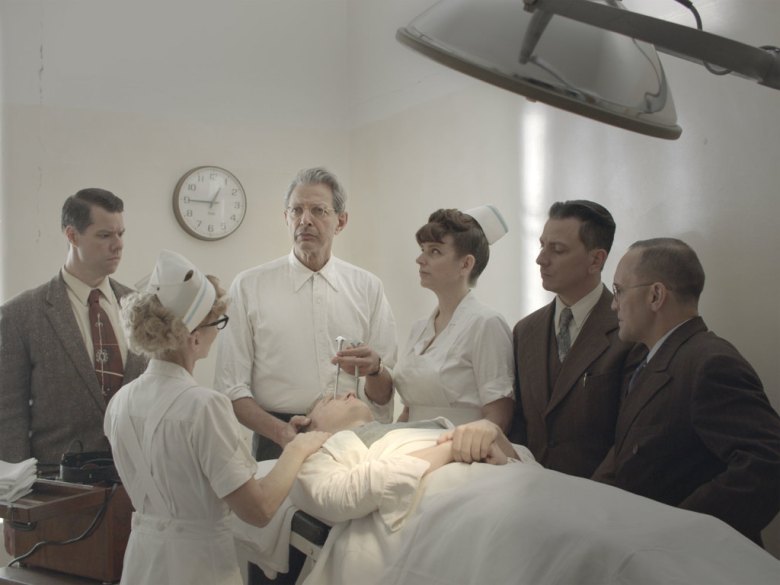 The Goldblum device in “The Mountain” provides the first real indication of how he might pull that off. Alverson’s approach aligned with the actor’s own capacity to catch viewers off guard. There was even a touch of the approach in Goldblum’s recent appearance on “The Late Show With Stephen Colbert.” After the actor singled out Alverson in the studio audience,  a clip from the movie played. Then, Goldblum launched into the hard sell: “Look at those siphoned-out colors! Listen to that Kubrick-esque, ‘Shining’-esque music! Throughout this movie, we take the nostalgic glow that’s supposed to be revisited and found back then, and we de-romanticize it!” The audience responded with a mixture of confused laughter and silence: the Alverson effect in a nutshell.

“I’m trying to make work that is somewhat idiosyncratic because there’s such a glut out there,” he said. “If there isn’t something I can say that feels marginalized unique, then I’m just contributing to a toxic soup.”

This Article is related to: Film and tagged Jeff Goldblum, Rick Alverson, The Mountain