Brace yourselves, Marshmallows. This unpredictable season could leave you wanting s'more. 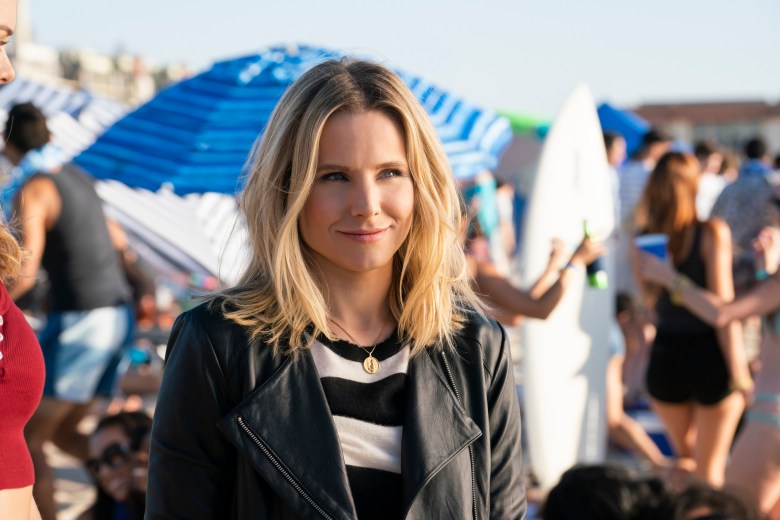 Be careful what you wish for, Marshmallows.

“Veronica Mars” is back yet again with the detective series’ second revival, thanks to Hulu. But it’s been 12 years since creator Rob Thomas’ original series ended and five years since the Kickstarter-funded sequel film. As such, the plucky teenage P.I. has grown, and so have the stakes. “Veronica Mars” has dealt with grim subject matter before – it all began with the murder of a teenage girl, after all – but this new eight-episode limited series that serves as a fourth season is far darker and more melancholy.

Even Chrissie Hynde’s new cover of the Dandy Warhol’s original theme song feels extra poignant and haunting as she sings:

A long time ago we used to be friends,
But I haven’t thought of you lately at all.

But it’s not all nostalgia and remorse. “Veronica Mars” has always been a helluva good time, delivering humor, cleverness, and action in equal measure. Newcomers will find it easy to adopt the wise-cracking father-daughter detective team at Mars Investigations in the seedy seaside town of Neptune, California. Veronica Mars (Kristen Bell) is as resourceful and unflappable as ever as a champion to wronged spouses, while her father Keith Mars (Enrico Colantoni) gives good banter, even as troubling health problems threaten to slow him down. Their loving yet jocular dynamic never misses a beat, a comforting continuity from the show’s inception. 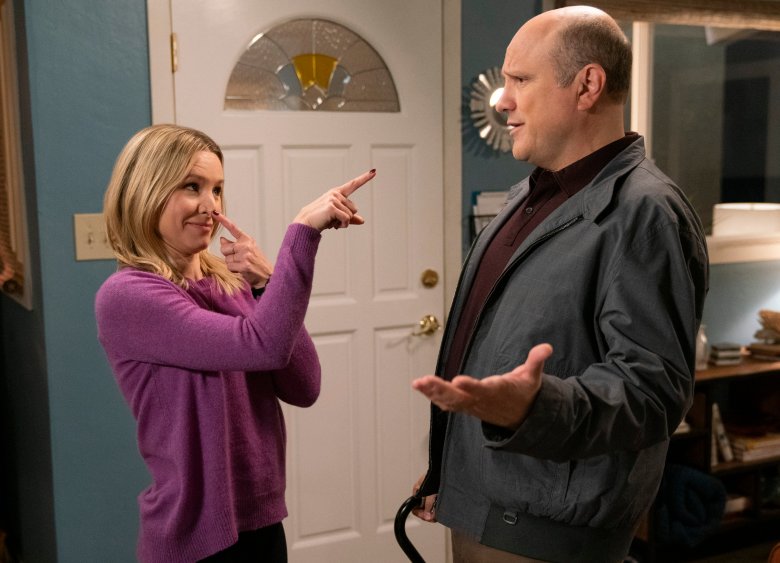 Their stability is at odds, however, with Neptune, a town chiefly known for its sordid murders and as a Spring Break destination. This new season combines both as a mad bomber has targeted the tourists who turn the bustling boardwalk businesses upside-down in their pursuit to “get loose, get lit, and get laid.”

Enter Veronica, who opens the series with words tinged with pain and regret. Her voiceover usually serves to impart some needed exposition or snarky insight, but this time it’s a warning to keep in mind as the case is revealed to reach beyond than that small town. As more players complicate the investigation and the bodycount rises, the season becomes more gruesome and tense.

As the show has matured, so has its writing. Dialogue is as sharp and hilarious as ever, allowing the Mars clan to shine as they toss out gumshoe bon mots and pop culture references in dry tones, while it embraces the silly as embodied by characters like Dick Casablancas (Ryan Hansen), the King of Spring Break. This levity is balanced by a well-crafted and wide-ranging mystery that includes elements of class warfare, politics, and deep pockets. There are plenty of twists and surprises to be had, all the way to the last nail-biting moments of the case. 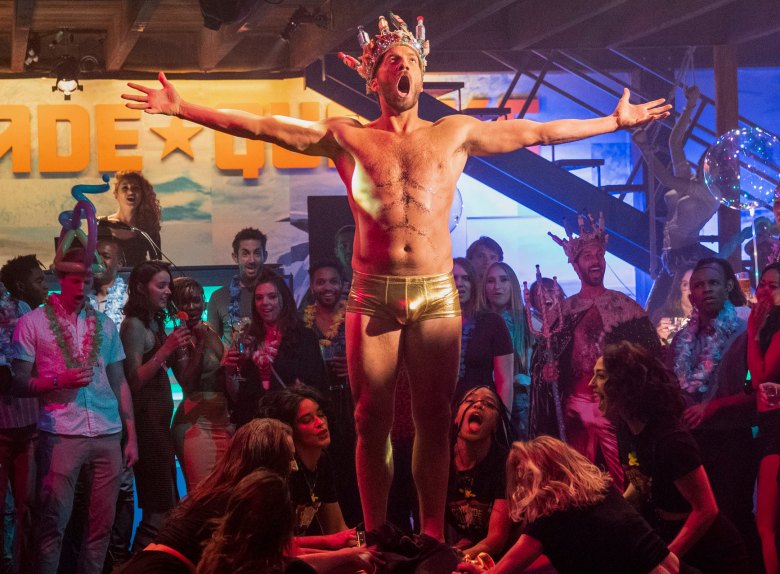 But the story goes deeper this season and spends time in examining the anguish and damage that’s at the heart of the show. Its success has always been predicated on Veronica being able to outsmart the criminals, not just with her leaps in logic, but through insight. The perpetrators have rarely been motivated by simple jealousies, but instead have a festering pestilence inside of them. What does it say that Veronica has that bone-deep understanding of their psychology?

This germ of a story began in the fan-funded film, when the loving Keith Mars wants his daughter to use her fancy law degree to leave and shake off the toxicity of Neptune. And yet, she keeps coming back to its broken people and their sketchy activities. This season’s overarching mystery is particularly challenging for Veronica to keep track of all the characters’ timelines, backstories, and motives. Even with her father’s help, all the moving pieces may be too much for Mars Investigations.

Joining in the fatal fun this season are J.K. Simmons as an amiable ex-con, Patton Oswalt as an enthusiastic pizza delivery guy, Clifton Collins, Jr. as a Mexican hitman, and Kirby Howell-Baptiste as the proprietor of a nightclub. The new faces blend seamlessly with old favorites, such as Max Greenfield, Percy Daggs III, Francis Capra, and Ken Marino. It’s really an embarrassment of talent as Bell and Colantoni anchor a cast that can sell both the darkness and the light. 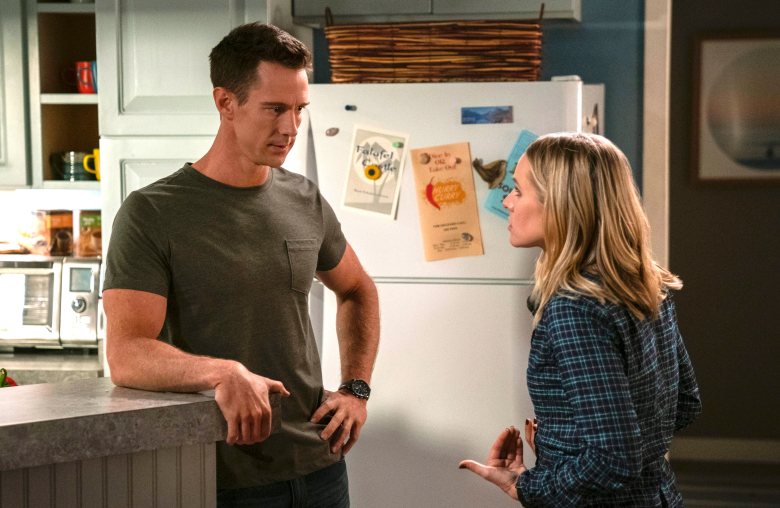 And then there’s Jason Dohring, who plays her on-again, off-again boyfriend Logan Echolls. Neptune’s aggressive bad boy has had quite the evolution over the years, from teenage asshole to an upstanding member of the United States Navy. And it seems that military life agrees with him. This is a quieter, calmer Logan. But the chemistry he shares with Veronica is still off the charts.

This relationship isn’t just a humanizing storytelling element amidst the lurid crimes or a way to draw in ‘shippers. It’s become an essential tool to exploring one of the most intriguing characters on TV. The unsteadiness of their relationship dovetails with the question of Veronica’s mental health since both she and Logan have dealt with plenty of trauma from the past, some of it overlapping.

Fans of the franchise have dubbed themselves Marshmallows after one character compared Veronica’s sentimentality to the squishy-sweet confection, belying her tough exterior. But it’s also a reminder that when one is vulnerable and gets too close to the flame, one can get burned. Beware, Marshmallows. This iteration of “Veronica Mars” is fiery, dangerous, and unpredictable. Veronica wouldn’t have it any other way.

This Article is related to: Television and tagged Hulu, TV Reviews, Veronica Mars