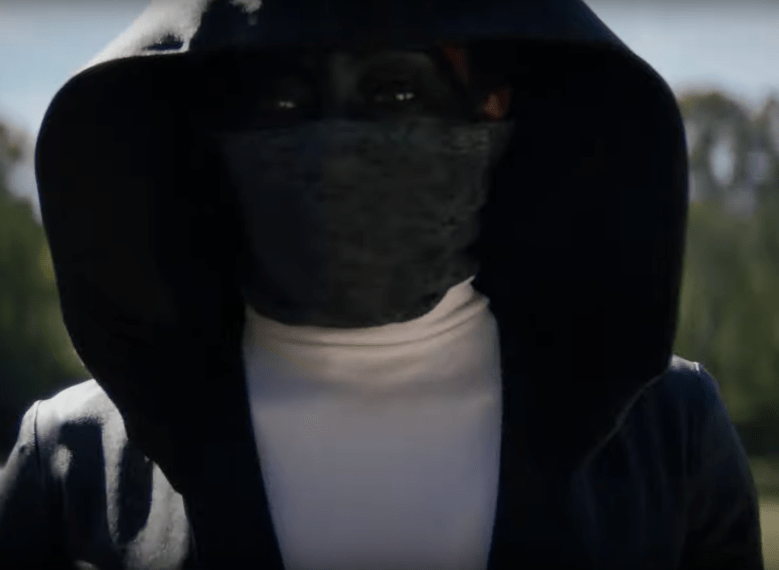 Looking to fill the “Game of Thrones”-sized hole in your life? HBO certainly is and the upcoming “Watchmen” might just do the trick. To celebrate the show’s buzzy interactive space at Comic-Con 2019, the premium cable network as debuted the official trailer for its fall comic book series. The drama, an original sequel to Alan Moore and Dave Gibbons’ iconic graphic novel series of the same name, hails from “The Leftovers” co-creator Damon Lindelof.

HBO’s official “Watchmen” synopsis reads: “Set in an alternate history where ‘superheroes’ are treated as outlaws, this drama serie embraces the nostalgia of the original groundbreaking graphic novel of the same name while attempting to break new ground of its own.”

Just how much Lindelof’s “Watchmen” will tie into the original graphic novel remains to be seen. Jeremy Irons is playing an adult version of Adrian Veidt/Ozymandias, while the mask of Walter Kovacs/Rorschach has become a rebellious symbol. The rest of the cast appears to be taking on new characters, most notably Regina King as what looks like a vigilante superhero cop.

The big question on HBO’s find is just how many people will show up to watch “Watchmen”? Zack Snyder famously mounted a big screen adaptation of the graphic novel in 2009 with actors Patrick Wilson, Malin Åkerman, Billy Crudup, Matthew Goode, and Jackie Earle Haley. Despite earning decent reviews, the “Watchmen” brand turned out not to be not as much as a given as Warner Bros. was hoping. The film tapped out at the box office with a low $185 million worldwide.

“Watchmen” debuts on HBO in October. Watch the official trailer: