Authorities say stolen money from a government investment fund went into producing Riza's films, including "The Wolf of Wall Street." 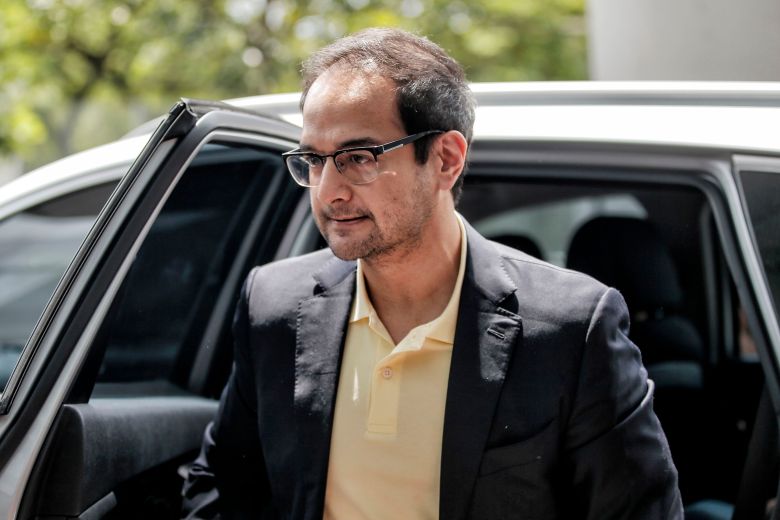 Riza Aziz, a producer on Martin Scorsese’s “The Wolf of Wall Street,” has been arrested in Malaysia on charges of money-laundering. (Via the New York Times.) Aziz faces charges related to the raiding of a massive investment fund set up by his step father, the former Malaysian prime minister Najib Razak.

Riza is co-founder, with Joey McFarland, of Red Granite Pictures. In addition to financing “Wolf” in 2013, the West Hollywood-based production and distribution company is responsible for films such as “Friends With Kids,” “Out of the Furnace,” “Dumb and Dumber To,” “Daddy’s Home,” and “Papillon.”

According to Variety, Aziz was apprehended by Malaysia’s Anti-Corruption Commission (MACC) around midday local time. Shortly thereafter, he was released on bail. He is expected to appear in court Friday in Kuala Lumpur, the capital, to face formal charges.

Riza’s mother, stepfather and longtime friend Low Taek Jho (AKA Jho Low) are also facing charges linked to the withdrawal of as much as $4.5 billion from a government investment fund, the 1Malaysia Development Berhad (1MDB), which was controlled by Najib. MACC is alleging that Red Granite received laundered money from the 1Malaysia Development Berhad, as well as Good Star, a company associated with Low, a Malaysian fugitive financier who was thanked in the opening credits of “Wolf.”

Authorities say the missing money helped finance Riza’s movies. The Justice Department accused Red Granite Pictures of using money stolen from 1MDB to produce “Dumb and Dumber To” and “Daddy’s Home” as well as “The Wolf of Wall Street.”

“Despite the settlement in the U.S. and the fact that alleged wrongdoings occurred entirely outside of Malaysia, the MACC decides to press charges after a whole year of leaving this case in cold storage. He is not a criminal,” Aziz’s sister Nooryana Najwa said in an Instagram post.

This Article is related to: Film and tagged The Wolf of Wall Street