A nurse tries to get revenge on her own bad luck in a frustratingly fractured new thriller from "Harmonium" director Fukada Kōji. 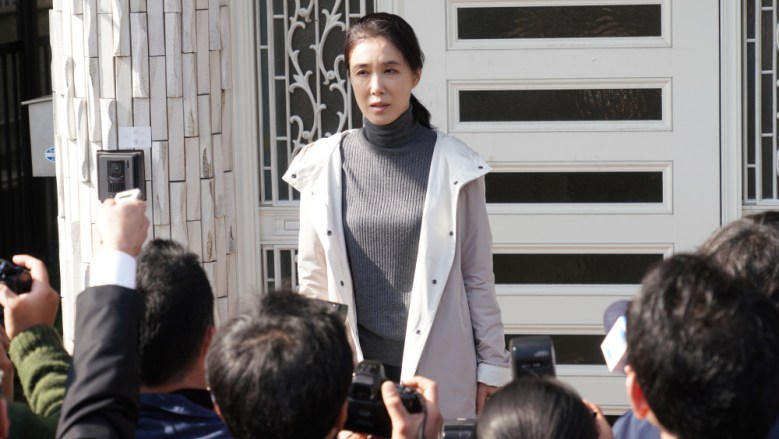 A middle-aged woman living in suburban Japan and eager to make new friends, Risa (Tsutsui Mariko), has one of those faces that makes people feel like they’ve met her before; like they’ve already learned everything there is to know about this perfect stranger before they’ve even said “hello.” It’s enough to unnerve Risa’s handsome new hairstylist (Ikematsu Sosuke), who swears that he recognizes her even as he works on changing the way she looks. Fukada Kōji’s fractured and distant new film — another of the “Harmonium” director’s pensive, slow-boiling revenge sagas about broken people who feel betrayed by their own kindness — will almost be over before the hairstylist is able to place his sexually forward new client. But it doesn’t take long for us to figure out that there’s more to Risa than meets the eye; more to her than she can even stand.

Indeed, Risa is as knotted and layered as the shifty film that Fukada has built around her, which so imperceptibly glides between two different timelines that its heroine begins to seem like several different women who are struggling to be made whole again; the character’s hairstyles, and the subtleties of Tsutsui’s nuanced performance, become the audience’s only clues as to where they are in the story at any given moment. Risa, we’re able to piece together, once went by another name: Ichiko. And Ichiko was as sweet and caring as Risa is shady and duplicitous.

Unmarked flashbacks show that Ichiko was the loyal, long-term nurse of an ailing old woman, and grew so close to the patient that she was almost part of her family. Saki (Ogawa Miyu), the old woman’s teenage granddaughter, looks up to Ichiko like a big sister, while Saki’s actual big sister — the brooding and volatile Motoko (Ichikawa Mikako) — looks at Ichiko with an unspoken desire that reeks of latent danger. But everything changes (or changed) when Saki is briefly kidnapped by a young man who happens to be Ichiko’s nephew. Ichiko had nothing to do with the crime, and so Motoko urges her to keep quiet about the connection and go about her selfless work. When the media gets ahold of that juicy detail, however, Ichiko’s life is scandalized beyond repair.

Over time, and with a little effort on the viewer’s part, it will become clear what Ichiko’s woes have to do with Risa’s hairstylist (the movie’s parallel storylines are ultimately untangled with the help of a giant rhinoceros penis), but Fukada isn’t much interested in solving anything. “A Girl Missing,” the English title of which alludes less to Saki disappearing for a moment than it does Ichiko losing herself for a lifetime, has little energy for suspense or linear progression. The Japanese title more helpfully translates to “Side Profile,” which doesn’t imply a mystery so much as it does a movie about a woman who can only see one part of herself at any given time. That lack of perspective can be as maddening for us as it is for her, though Fukada’s movie characteristically builds to an ending so raw and frayed that it almost justifies the convoluted path it takes to get there.

Fukada has made a name for himself by taking simple revenge dramas and slowing them down (and/or complicating them) to the point where the protagonists start to feel as if they’re fueled by sheer inertia; their retribution doesn’t matter, only their inability to stop it. Ichiko’s problems begin when she divides herself into different personas. Everything was fine when she only had one role to play, even if blurring the lines between nurse and family member eventually blew up in her face.

By the time she’s rebranded herself as Risa, her persona is splintered into several parts that she doesn’t recognize. Was there always a darkness hiding beneath her kind veneer, or is she allowing her own nature to be mangled by her own misfortune?

Fukada doesn’t pick sides, though he has fun with the fact that viewers will always strain to like a lead character. Perverse asides — such as the Lynchian scene in which Risa gets on all fours in her empty apartment and barks at the wall like a frightened dog — help destabilize our read on who she really is, and briefly twist the film’s sterile aesthetic into something awful, as if Fukada were wringing all the demons out (Tsutsui has worked with the director before, and the constant tremor of her unsettling performance reflects a deep understanding of a story that requires its heroine to be scary and also frightened of herself). 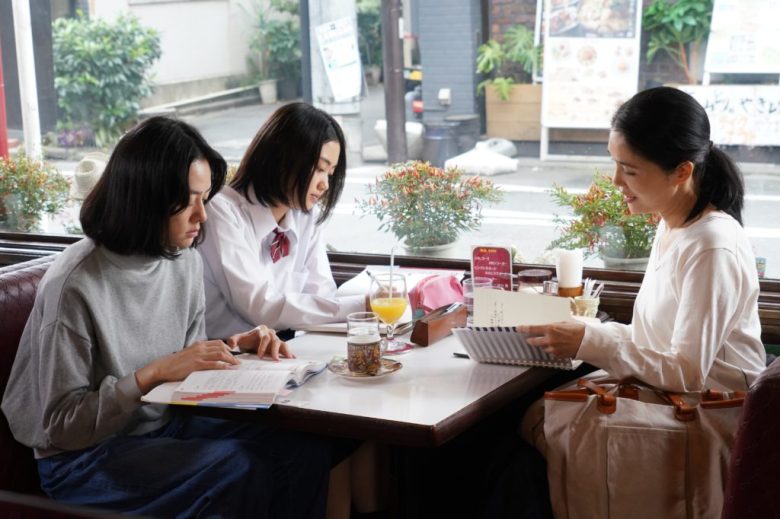 The rest of “A Girl Missing” is so defined by stillness that it seems like Ichiko/Risa is controlled by a current that nobody else can feel. She’s pulled through the movie slowly, and always dragging her feet. The film’s tricksy structure makes it seem like we’re right there in the morass alongside her, trudging from one scene to the next until something happens that makes our ears perk up; one part, in which Ichiko is denied entry to a support group because “she’s not a victim,” shines an unsubtle light at how women often bear the guilt for crimes they didn’t commit. Another, even less subtle scene finds Ichiko’s patient working on a jigsaw puzzle that was based on a painting she made when she was younger, as everyone in Fukada’s movies is struggling to suss out some meaning from the chaos of their pasts.

The knotted plotting of “A Girl Missing” helps fragment Ichiko/Risa on a fundamental level, and it also helps Fukada hide any number of illogical plot developments. You’ll be so busy trying to piece the plot together that you won’t have time to question how little sense some of it makes (a problem that also afflicted “Harmonium,” if to a lesser degree). There’s also a nagging sense that a more straightforward approach might have better articulated the lack of control that Ichiko has over her own fate, as it would have emphasized the choices that she does get to make.

As it stands, Fukada doesn’t really dramatize that until the very last scene, the director relying instead on heavy-handed dialogue about Mondrian’s sunflowers and caged animals at the zoo (and so we return to the well-endowed rhino). “A Girl Missing” is a story about someone trying to make themselves whole again, but so much of its energy is spent on keeping her apart.

This Article is related to: Film and tagged A Girl Missing, Koji Fukada, Locarno, Reviews