A misfire, or a return to form for the canceled 83-year-old director? Reviews are beginning to trickle down for Allen's latest. 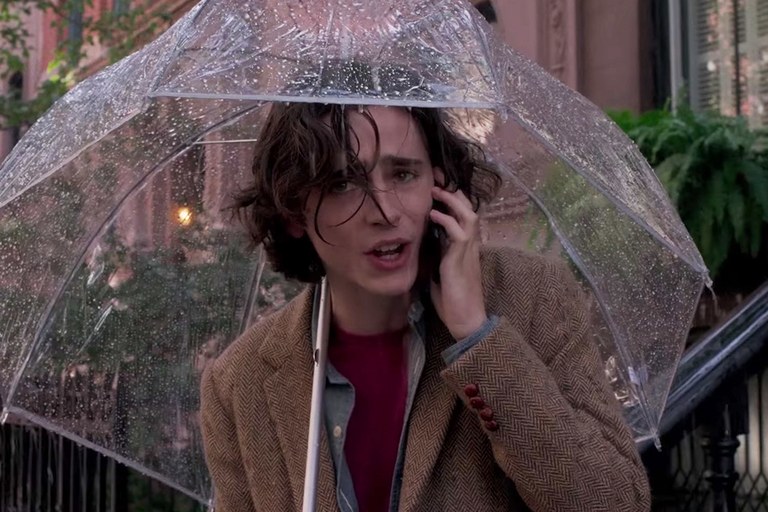 “A Rainy Day in New York”

Reviews are beginning to trickle in for Woody Allen’s most recently completed film, “A Rainy Day in New York,” which is headed for theaters in a handful of European countries, including Greece, the Netherlands, and Poland. While the film was originally slated to open in the U.S. from Amazon Studios as part of their four-picture production pact with the disgraced auteur, Amazon dropped the film in the wake of increased attention paid to Allen’s sexual assault allegations, brought upon him by his adoptive daughter Dylan Farrow, dating back to 1992. Allen is currently suing Amazon to the tune of $68 million.

The 83-year-old director/writer’s 49th film and first since 2017’s “Wonder Wheel” — released by Amazon before the studio dumped Allen —  “A Rainy Day in New York” stars Timothée Chalamet as the unfortunately-monikered Gatsby Welles, a student at Yardley College torn between his journalist girlfriend Ashleigh (Elle Fanning) and the younger sister of an old flame, played by Selena Gomez. Jude Law and Diego Luna co-star, along with Liev Schrieber as a notorious director.

Several American journalists, according to Twitter, are traveling abroad to see the film as it makes its way to anywhere but here in the U.S. (Fun fact: the Greek title for “A Rainy Day in New York” begins with the word “Mia.”) “A Rainy Day in New York” will open the Deauville American Film Festival on September 6. As with many of Allen’s past films, European reception for “A Rainy Day” was bound to be warmer than stateside. Below are first reactions. 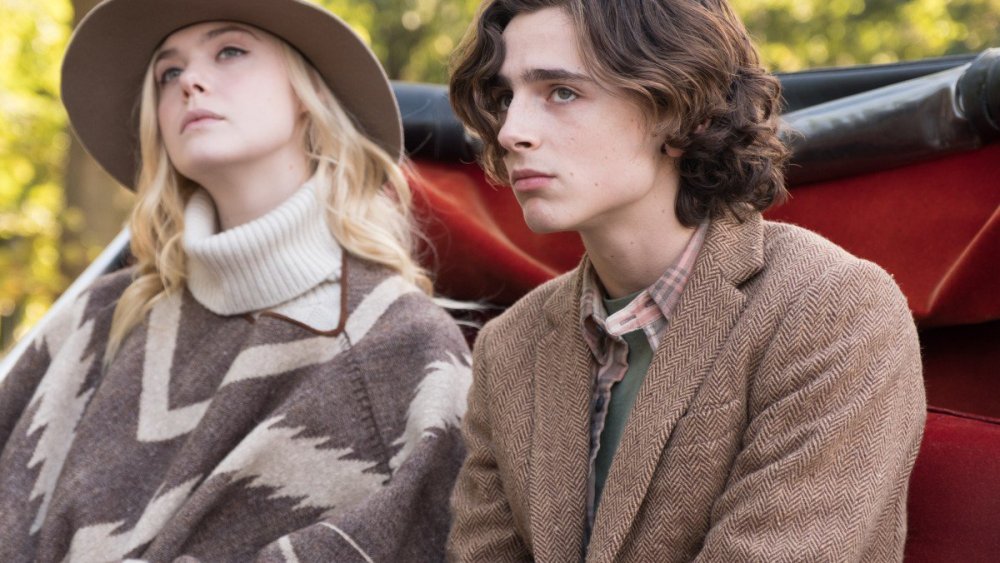 “A Rainy Day in New York”

Variety’s Jessica Kiang, however, had saltier words for “A Rainy Day,” which she says “feels like a film born of profound creative exhaustion. It is a retread of territory Allen has extensively covered before, but while the same can be said about almost all of his late-career work, seldom have the gears ground quite so loudly, and never before has the writing felt this chronically out-of-phase with the era it depicts.” Kiang calls the film a misfire.

Kiang writes of Chalamet and Elle Fanning, who plays Ashley, his journalist girlfriend: “If Chalamet’s Gatsby is a reanimated extinct creature — Holden Caulfield as played by a peculiarly refined dodo, perhaps — Ashleigh is a unicorn, entirely mythological. She’s a worldly naif; a competent, careerist ditz. More or less the kind of male-female pairing we’ve come to expect from an Allen movie, but here in the same age group.”

Meanwhile, Screen Daily’s Lisa Nesselson writes, “Is it a masterpiece? Of course not. Is it worth seeking out on the big screen? Absolutely…Allen makes fun of well-off people — including, in a late-arriving masterstroke, how some of them got that way — places a few excellent digs at privilege across generations, skewers the pitfalls of celebrity-obsessed lazy journalism and bundles more than one romance into a breezy one-weekend package, with and without rain, exquisitely filmed by Vittorio Storaro whose work on ‘Wonder Wheel’ was alone worth the price of admission.” 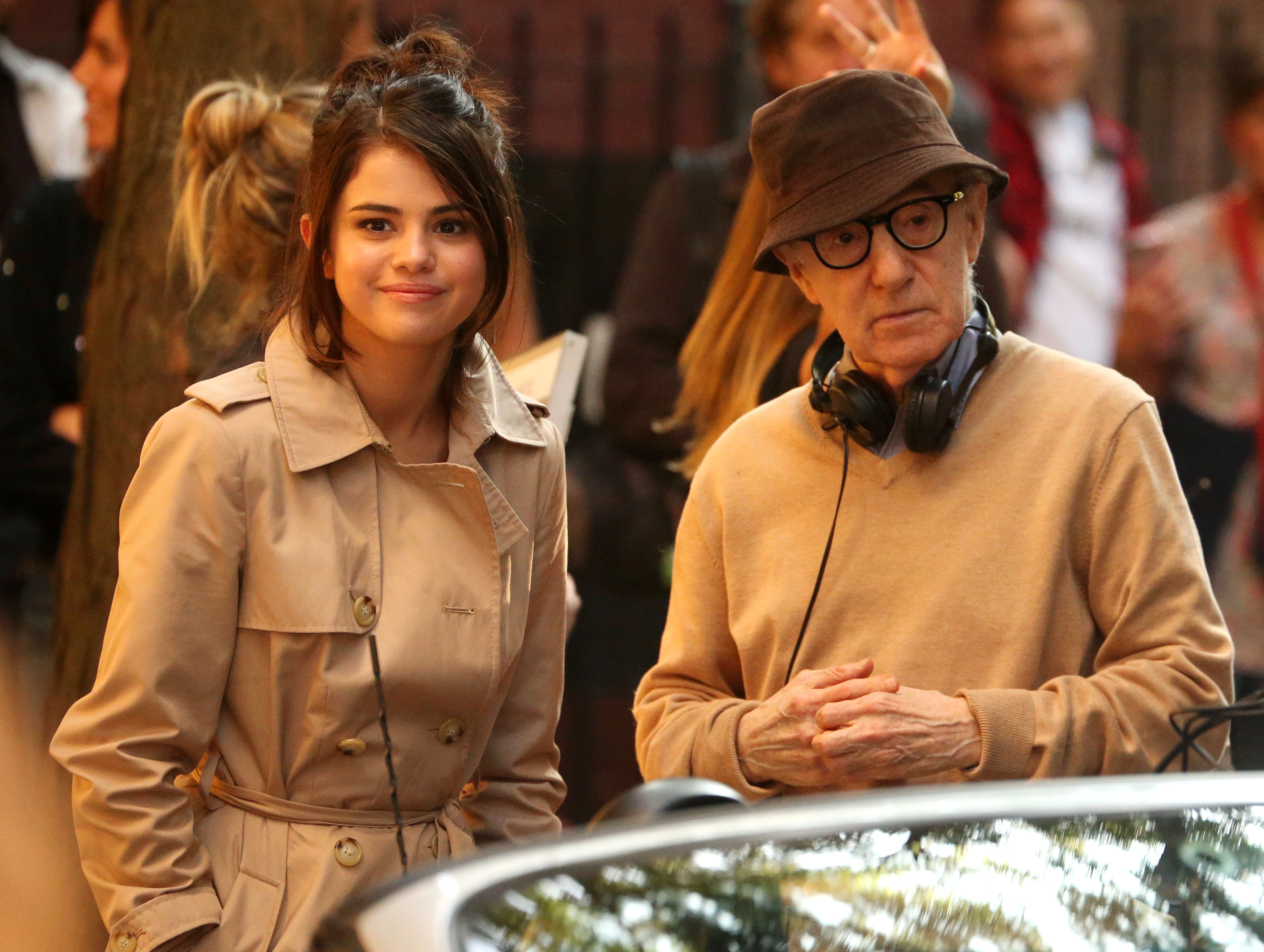 Little White Lies previously praised the performances: “Fanning’s branch of the film brings most of the funny, almost entirely down to her sensational performance as the film’s Daisy Buchanan proxy. It brings to mind Mira Sorvino’s Oscar-winning turn in ‘Mighty Aphrodite,’ her “sexually conflicted” hiccups and desperate-to-impress guilelessness stealing a series of comic set-pieces from her older cast members. Chalamet is equally impressive, effecting a stoop as he bites into the ends of Woody’s prose.”

“Like cigarettes, margarine or the Atkins diet, Woody Allen movies are something that used to be considered good for you and are now more or less deemed a health hazard,” The Hollywood Reporter writes. “Is the film actually any good? The answer is: Not really. Or more like, not really in light of Allen’s much better and brighter works (you name them), with this one merely a watchable rehashing of his preferential themes and plot points, set in a present-day Manhattan so nostalgic and unreal it might as well be a period piece.”

THR, however, does add that the film “has its moments, most of them thanks to star Timothée Chalamet, who does a terrific job channeling your typical Allenian antihero: a neurotic, scrawny, clever and critical New Yorker who’s also quite the charmer.”

This Article is related to: Film and tagged A Rainy Day in New York, Timotheé Chalamet, Woody Allen