The "Breaking Bad" movie is coming to Netflix this October. 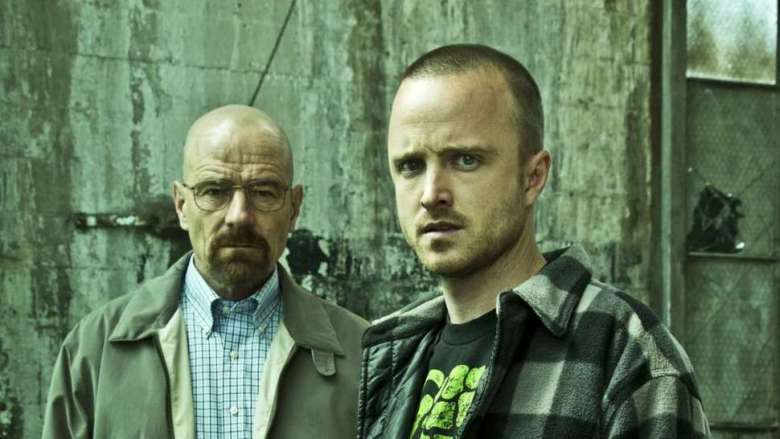 “Breaking Bad” fans still buzzing over Netflix’s first official announcement about the Jesse Pinkman movie have a new viewing assignment courtesy of Emmy winner Aaron Paul. The actor took to social media to share an emotional clip from “Breaking Bad,” encouraging fans to watch the scene before the movie drops as it will “slowly prepare you all for what’s to come.” The emotional scene comes from “One Minute,” the seventh episode of Season 3, and depicts Jesse slamming Walter White (Bryan Cranston) for destroying his life. The episode was written by Thomas Schnauz and directed by Michelle MacLaren, who earned an Emmy nomination for Outstanding Directing in a Drama Series.

“I am not turning down the money. I am turning down you! You get it? I want nothing to do with you,” Jesse tells Walter. “Ever since I met you, everything I ever cared about is gone, ruined, turned to shit, dead. Ever since I hooked up with the great Heisenberg. I have never been more alone. I have nothing! No one. Alright? And it’s all gone! Get it? No, why would you even care? As long as you get what you want, right? You don’t give a shit about me.”

The scene features Jesse hitting an emotional rock bottom and feeling more isolated than ever before, which is where many fans expect to pick up with the character in “El Camino: A Breaking Bad Movie.” The last time fans saw Jesse was in the “Breaking Bad” series finale as he drove off after escaping a Nazi gang. Jesse cracked a smile, but the Season 3 clip Paul shared with fans is a reminder that he remains all alone with nowhere to run.

Netflix’s official synopsis for “El Camino: A Breaking Bad Movie” reads: “In the wake of his dramatic escape from captivity, Jesse must come to terms with his past in order to forge some kind of future.”

Paul broke his silence on the “Breaking Bad” movie in an interview with The New York Times, saying, “It’s a chapter of ‘Breaking Bad’ that I didn’t realize that I wanted. And now that I have it, I’m so happy that it’s there…I couldn’t speak for a good 30, 60 seconds [after reading the script]. I was just lost in my thoughts. As the guy who played the guy, I was so happy that Vince wanted to take me on this journey.”

The actor added on Twitter, “Vince [Gilligan] absolutely crushed this thing on the page and on film. Thrilled for the world to finally see this piece of cinema history.”

Cats out of the bag…and the bag is in the river. Here’s a moment from Breaking Bad to slowly prepare you all for what’s to come. #BreakingBad #Netflix #Elcomino ⚗️💎💵💰 https://t.co/q3VdCCLxZe