Casting Director Alexa Fogel spoke to IndieWire about her Emmy nominations for the two shows, polar opposites in tone and imagery. 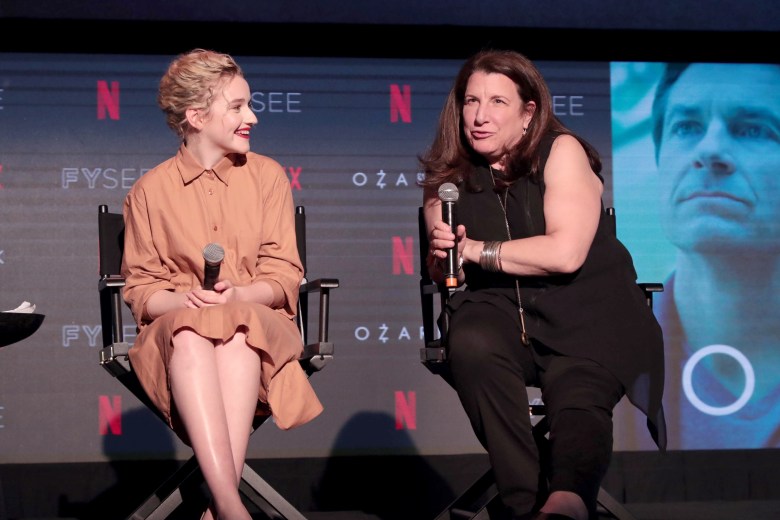 Casting “Pose,” an FX drama about African American and Latino LGTBQ ballroom culture is a tricky balancing act, and it took a particularly keen eye for talent to pull it off with any degree of authenticity. One of the many reasons “Pose” has been critically acclaimed is due to its cast, who bring the glitziness of the show’s ballroom culture and quieter family scenes to life with remarkable sincerity.

“Pose” features a predominantly trans cast—the show’s creators claim it is the largest cast of transgender actors in regular series roles—and it is unafraid of diving into LGTBQ and trans issues that most shows on major networks wouldn’t dare to discuss. The show’s unapologetic mix of drama, extravagant ballroom scenes and underdiscussed social issues are part of why “Pose” earned three Emmy nominations, including for outstanding casting, last month. Although there’s plenty of on-screen extravaganza to behold in the show’s two seasons, much of its success can be attributed to one woman behind the scenes.

Casting director Alexa Fogel was responsible for bringing the series’ acting talent together, and her work on “Pose” garnered one of her two Emmy nominations for outstanding casting last month. The longtime casting director also received an Emmy nomination for casting Netflix’s crime drama “Ozark.”

Fogel is at the stage in her career where she can be selective on what projects she wants to pursue, but it didn’t take long for her to jump at the opportunity to bring her talents to “Pose.” She told IndieWire in a recent interview that the prospect of recruiting trans actors for “Pose” that could bring series creator Ryan Murphy’s vision of 1980s seemed like a challenging, albeit compelling, prospect.

“With ‘Pose,’ it was the challenge of finding the cast,” Fogel said. “I was so up for the challenge of finding these women, I didn’t want anyone else to do it. It was exciting and daunting because you don’t know where characters like Elektra (Dominique Jackson), who speak in two-page monologues in the original script, will end up going once cast.”

It was a challenge, but one Fogel was well-equipped to handle. The three-time Emmy winner and eight-time nominee has been involved in casting for over two decades and has worked on shows including “The Wire” and “Atlanta.” Though the job hasn’t changed much since Fogel earned her first Emmy nomination for casting in “NYPD Blue” in 1994, she noted that every job had a different set of creative tests.

For “Pose” and “Ozark,” Fogel’s main challenge was working with acting talent that was relatively new to performing for a camera. Casting the former show was a months-long process of finding the right talent, as the transgender acting community is smaller than most and “Pose” ended up being the first major acting gig for several cast members. Although the cast of “Ozark,” which centers on a family of money launderers for a Mexican drug cartel, was comparably experienced, casting the right child actors for the show’s dark premise was something of a balancing act for Fogel.

“There’s a slightly different process for any project where you’re working with less experienced people,” Fogel said. “Everyone on ‘Ozark’ was experienced except for the kids. There’s a certain kind of creative maturity to that and there’s a back and forth I have with the actors because we’re speaking the same language.”

“Pose” and “Ozark” are about as polar opposite as two shows can get, but Fogel brought the same creative energy to each project. She noted that a show’s material might be important, but for casting directors, the right work environment and colleagues are equally essential for success. Fogel said she quickly formed a kinship with “Ozark” executive producer Chris Mundy and lead actor and executive producer Jason Bateman, and added that their close working relationship were key to the smooth process of casting that show.

As for “Pose,” Fogel already had a relationship with FX due to her work on “Atlanta,” and the network approached her to work on the LGTBQ drama. Casting the show required extensive research and finding ambassadors to the ball community to recommend talent. The show doesn’t lack for dramatic, emotional moments, which is made all-the-more impressive by the relative newness of some of the cast. The fiery, spirited Angel Evangelista (Indya Moore), a trans sex worker in “Pose,” has plenty of scene-stealing moments throughout the series, but Fogel recalled that Moore was quite shy early on set. Emboldening the talent Fogel has assembled is no less important, and decades later, the Emmy nods for her work are no less flattering.

“The beginning of casting a series is like triage, you’re doing a thousand things at once,” Fogel said. “Both of the shows were a total pleasure and treat to work on and I feel fortunate to have done so.”

This Article is related to: Awards and tagged alexa fogel, Emmys, Ozark, Pose