Apple's premium a la carte streaming service will unleash a wave of high-profile content this fall. 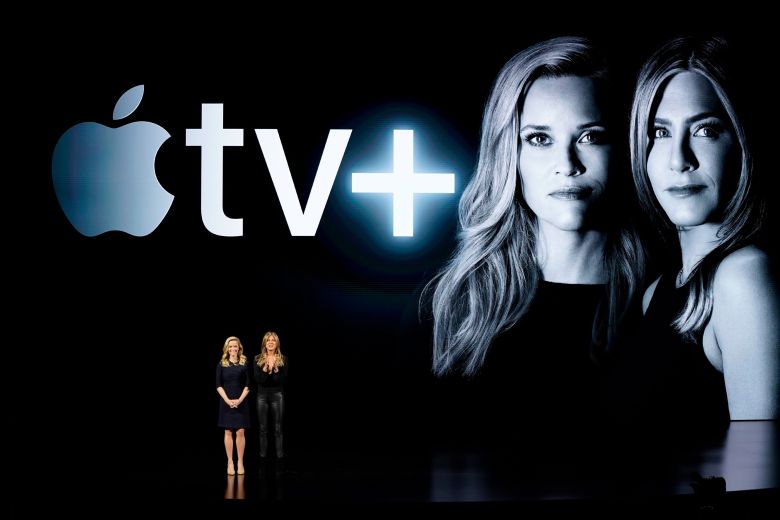 Apple is eyeing a November launch date for its premium a la carte streaming service Apple TV+, according to a report in Bloomberg. The date provides Apple a competitive slot amid the dizzying array of soon-to-launch streaming services, including Disney+, slated for November 12, and HBO Max, WarnerMedia’s latest over-the-top streaming package, which is set to bow in early 2020. AT&T and Comcast also has new a la carte services coming down the pike, all aimed at cord-cutters looking for alternatives to traditional set-top offerings.

Apple is expected to charge $9.99 a month for the service, slightly more than Amazon Prime Video and the most basic Netflix plan, which costs $8.99.

Apple TV+ will launch with a handful of new programs. With a reported content budget of $6 billion, Apple has deep enough pockets to compete with the likes of Netflix and Amazon. Apple is also said to be weighing release strategies for its series. While Hulu releases new episodes for its flagship series weekly, Netflix tends to dump all episodes at once in favor of the binge.

The slate of high-profile series coming up from Apple TV+ is jam-packed with top talent. “The Morning Show,” which released a trailer today, stars Jennifer Aniston and Reese Witherspoon as two anchorwomen whose personal and professional lives implode amid increasing scrutiny in the spotlight. Steve Carell, who got his start in TV on “The Office,” co-stars.

Also on the docket is the revival of Steven Spielberg’s classic early-’90s series “Amazing Stories;” the post-apocalyptic drama “See” from Steven Knight of TV’s “Peaky Blinders” and cinema’s “Locke;” “Truth Be Told” with Octavia Spencer; “The Big Sick” partners Kumail Nanjiani and Emily V. Gordon’s “Little America;” plus “Little Voice” from J.J. Abrams and the psychological thriller “Servant” from producer M. Night Shyamalan. No dates have been set yet for the series.

While Apple TV+ will be embedded in the Apple TV set-top, the service will also be accessible from third-party products such as Roku and Amazon Fire TV boxes, as well as Samsung televisions.

This Article is related to: Television and tagged Apple TV Plus, Apple TV+