The actor has been nominated for lead actor in a drama series at the Emmy Awards for every season of "Better Call Saul." 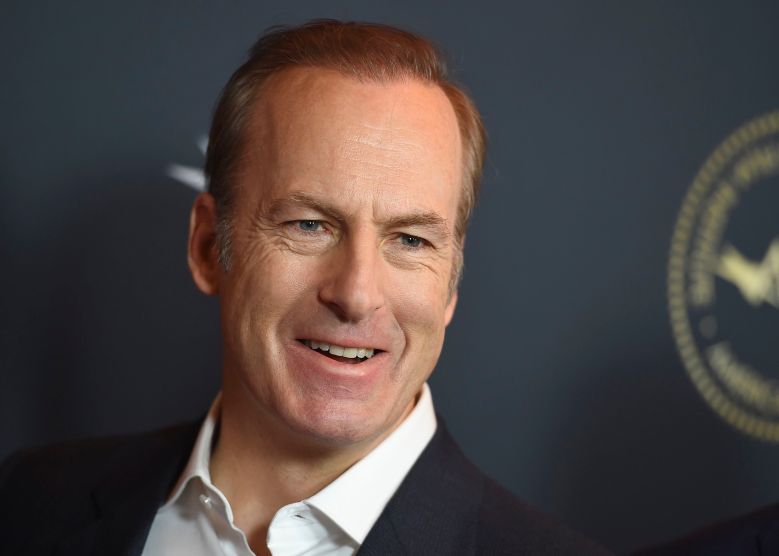 When Saul Goodman — a slick, scummy lawyer played to perfection by comedic actor and Emmy nominee Bob Odenkirk — arrived on the scene as a walking punchline during the second season of AMC’s “Breaking Bad,” a fan favorite was born. Some 10 years later, with the actor reprising the character on the show’s prequel series “Better Call Saul,” Goodman is still a punchline, but thanks to Odenkirk’s sterling, empathetic performance, the joke doesn’t seem so funny anymore.

If you ask him, the “Mr. Show with Bob and David” co-creator doesn’t see many similarities between himself Goodman née Jimmy McGill. He’s much more careful and thoughtful than his character, he tells IndieWire while walking his dog. Plus, he’s also careful to consider the implications of his actions.

The same can’t be said for McGill.

“[Jimmy is] impetuous and inspired and angry and not afraid to let his darker side motivate him,” Odenkirk mused. “He’s a good guy, but he hasn’t learned the lesson of taking a moment and thinking about the bigger implications.”

The actor insists that his character is learning to be a better person and growing as a human being. And yet, by the end of “Better Call Saul” Season 4, McGill decides to become Goodman in earnest and embrace the particular set of gifts that allows him to play fast and loose with the laws and his moral code.

There’s also the matter of McGill’s girlfriend and confidante, Kim Wexler, as portrayed by the brilliant Rhea Seehorn, who Odenkirk cannot speak highly enough about.

“How do you maintain that relationship with the one person you love if you’re living life at odds with their principles?” he asked, with regard to the question that serves as the heart of the series. “There’s a conflict between his relationship with Kim and his love for her and the kind of life she wants to lead, which is very different from the kind of life that Jimmy’s been enjoying.”

Given the character’s start as a guest star, Odenkirk didn’t have the foggiest clue that he’d still be exploring the nuances of the role a decade later. Fortunately, McGill gives him plenty to unpack.

“I don’t really know who Saul was during ‘Breaking Bad,’” he said. “My assumption was he was a loner who frequented strip clubs and played golf on the weekends. Just an avaricious loner. But we don’t really know. We never saw him go home. Maybe there’s a more complex story there.”

It’s a salient point and one that allows Odenkirk the freedom to push the character wherever it needs to go, unworried about landing at a particular destination.

“I try not to think about the bigger picture. Because all anybody is, is the character they’re playing — who they are in that moment,” he said. “And ‘Better Call Saul’s’ writers have written such a complicated guy that I don’t feel cornered by a lot of limitations.”

In truth, Odenkirk has never been one to be pigeonholed. In a recent interview, he remarked about a moment on-stage with Joe Canale and Chris Farley when he realized that maybe his talents were better suited for drama.

When asked about the statement, the actor said it wasn’t so much that he minded being the third funniest person on stage, but rather that he wondered if maybe his humor wasn’t better suited for more subtle venues.

“I just had this weird, stray thought that if I was in a dramatic scenario, I could really bring some comedy into it. My energy might fit a little better,” he explained. “Of course, I never acted on that thought. I mean, I didn’t say no to doing a drama, obviously. But I didn’t pursue it.”

Nowadays it increasingly feels as though dramas that look to inject a bit of dark humor into the mix turn to Odenkirk’s delicious brand of slightly subversive comedy, from Steven Spielberg’s “The Post” to Greta Gerwig’s “Little Women” and Amazon’s upcoming animated series “Undone.” The actor is grateful for every opportunity that comes his way. But still, he remembers where he first got a chance to showcase his dramatic chops.

“I’m massively gratified by, first of all, playing Jimmy McGill/Saul Goodman It’s ridiculous how much the writers offer me to do,” Odenkirk said. “One page will be pure comedy, and then two pages later will be absolute earnest and heartfelt drama, and it’s as honest and revealing as anything anybody’s writing.”

“What I’m offered to do is crazy. It’s crazy,” he marveled.