In eight short years, Philadelphia’s BlackStar Film Festival has become a major celebration of the visual and storytelling traditions of the African diaspora, as well as of global communities of color. With a lineup primarily composed of short films and feature-length debuts, it’s also a major window into emerging talent.

Founder Maori Karmael Holmes and her team have built a can’t-miss showcase and audiences are turning out. The festival sold close to 14,000 tickets for this year’s event, a marked increase from the roughly 1,500 during its first year. Dubbed by some members of its community as “the black Sundance,” the nickname speaks to its ambitions. But Holmes said they have a long way to go, speaking to the broader challenges facing black film culture in America.

“I understand why they’re calling us that, but I don’t really know what to do with it,” said Holmes about the label. “Yes, we are very filmmaker-centric, and we do focus on independent filmmakers, setting a high bar for what we accept. However, Sundance is just such a huge entity, and wields so much power. We’re so far away from that right now.”

That might be the case, but the behemoth that the Sundance Institute has become wasn’t built in eight years; it took decades. And Blackstar has already accrued sizable support from across the country, from a prestigious list of financial backers that includes the John S. and James L. Knight Foundation and the John D. and Catherine T. MacArthur Foundation as well as industry heavyweights such as HBO, CAA, and Comcast/Xfinity; then there are the individual donors and partners, such as Lionsgate/Starz. It’s clear that the festival is providing an invaluable service, not only to the city of Philadelphia, but for filmmakers of color around the world. 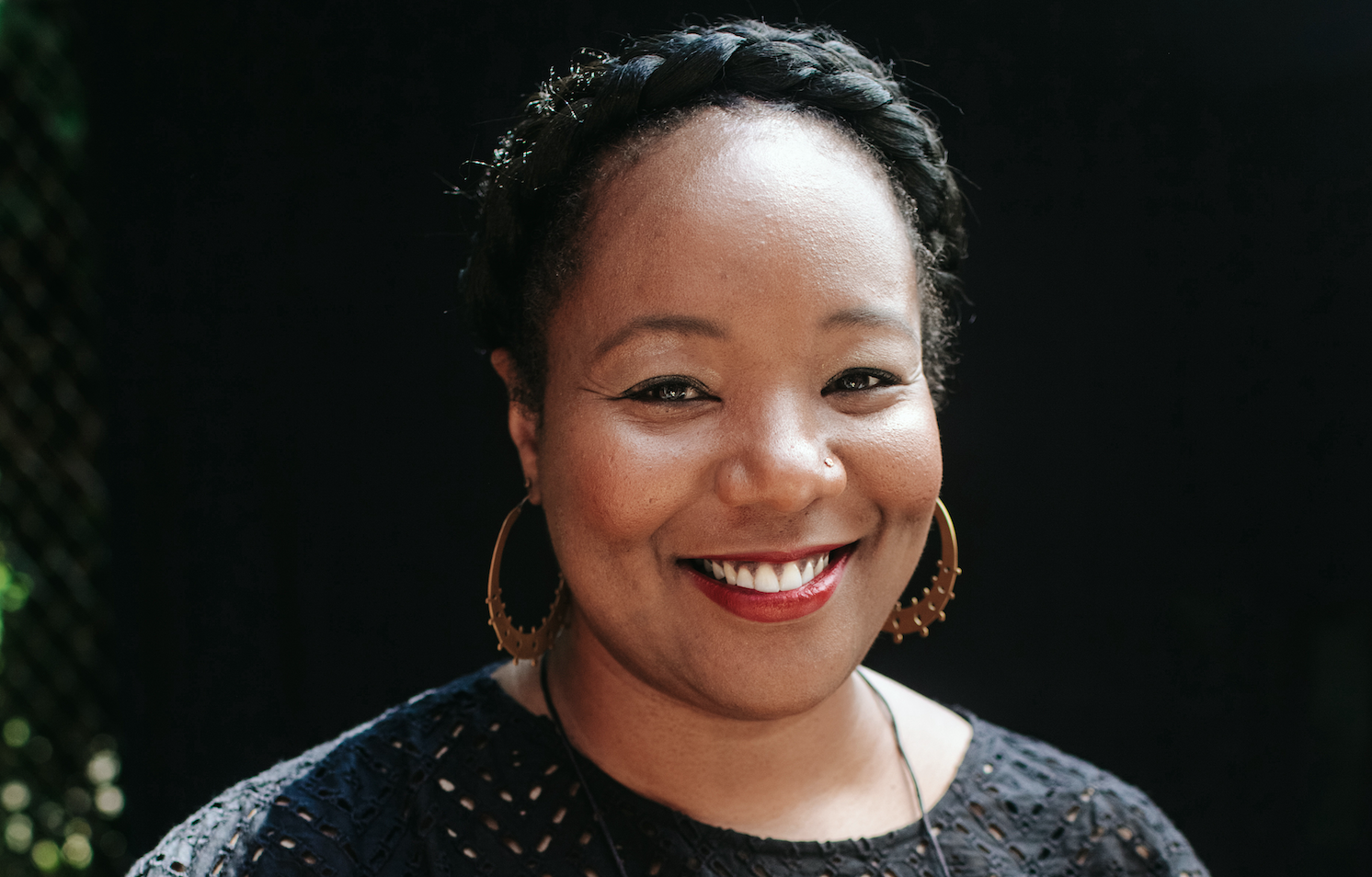 And, just as they did at Sundance during its first decade, distributors have started to take note. Representatives from Netflix, Topic Studios, POV, and WORLD channel are expected to attend this year. Some of them will participate in the inaugural BlackStar Pitch event, during which filmmakers will pitch their projects in front of a panel of judges to receive feedback, and have an opportunity to win a cash prize.

Holmes, who is also a filmmaker and curator, did not intend to launch a traditional film festival when she founded BlackStar. (The festival is named after Pan-Africanist Marcus Garvey’s shipping line.) Instead, she simply wanted a curatorial platform, and didn’t have a long-term vision for what it could be. That all changed when the festival started to evolve faster than she expected.

“I’m honestly still quite shocked that it caught on in such a way that people from all over the world felt compelled to come from the very beginning,” said Holmes. “There was just this unanticipated progression that I feel blessed and challenged by, as well as responsible for.” 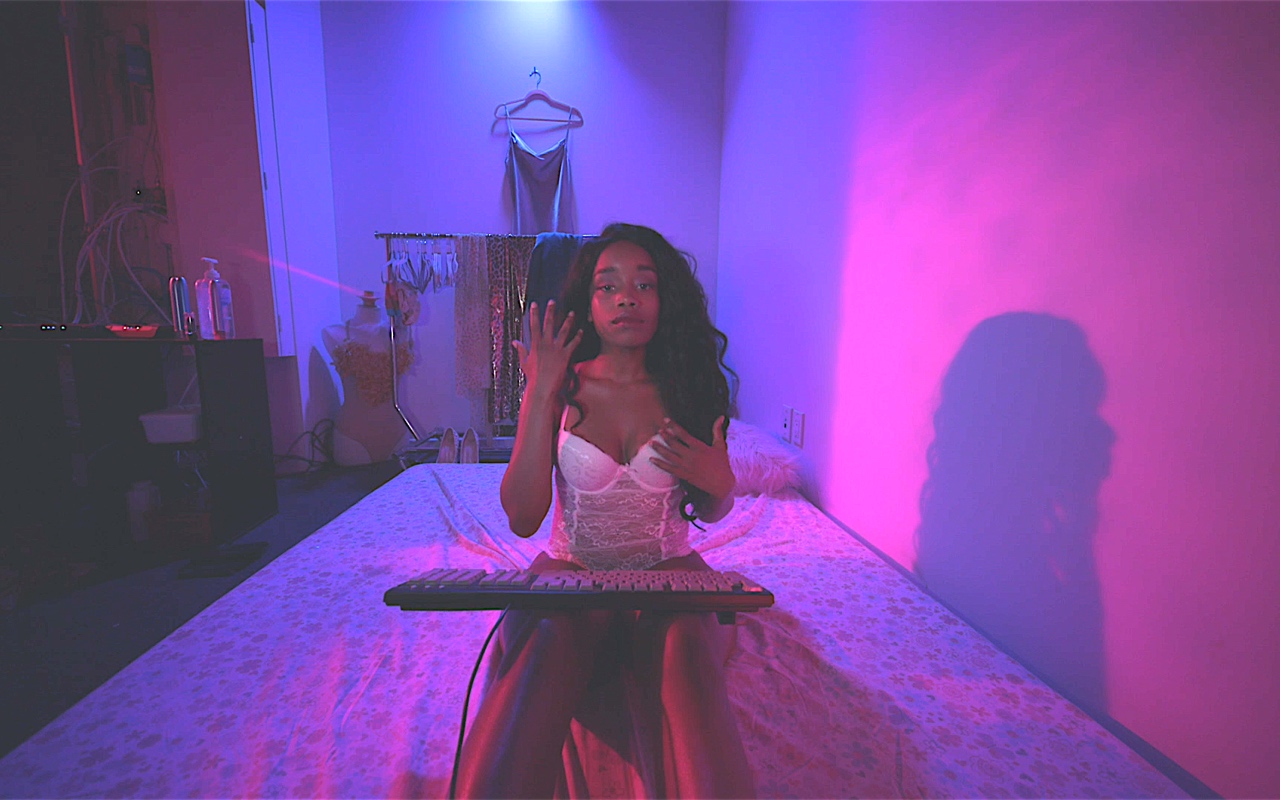 While the festival was created to celebrate the work of filmmakers of the global African diaspora, Holmes expanded her festival’s submission criteria in 2014 to include brown and indigenous filmmakers from all over the world. That was a major turning point in expanding the festival’s reach, and was spurred by unsolicited submissions the festival started receiving from other filmmakers of color. “I was hearing from friends who were not black, but people of color, who were saying that the festival wasn’t like anything they’d experienced, for reasons that were often about politics and aesthetics,” she said. “And so we decided, if these other folks were feeling a kinship with us, then we should consider their work, and think about what transracial allyship looks like.”

Eight years later, Holmes now has a clearer vision for what she wants her creation to become, citing the Sundance and Tribeca Institutes as her models. “They are festivals, but they are also resources for filmmakers, distributors, and exhibitors,” she said, with an eye towards building a similar kind of all-encompassing apparatus, specifically for under-represented filmmakers. “One of the wonderful things about BlackStar is that it’s like a camp for artists. People have met collaborators there, and then the work screens at the festival a year or two later. It’s been really great to feel like we’re fostering that kind of community.” 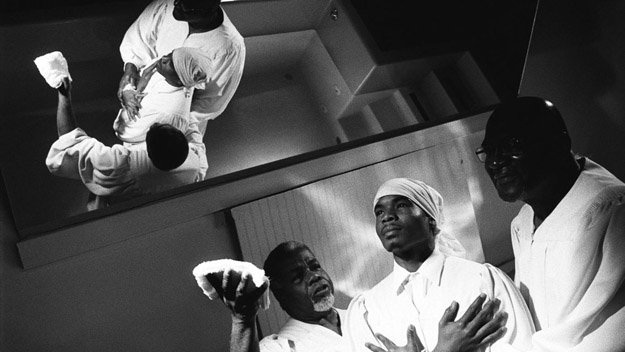 Additionally, Holmes, who is deeply passionate about film criticism, wants BlackStar to provide a space for the development of film critics of color, as well as criticism in general around visual culture.

Under her curatorial vision, the festival has showcased over 400 films from nearly 20 countries and 5 continents, since its inception. Notable alumni include Terence Nance (“An Oversimplification of Her Beauty”; HBO’s “Random Acts of Flyness”), Nijla Mumin (“Jinn”) Nuotama Frances Bodomo (“Afronauts”), Darius Clark Monroe (“Evolution of a Criminal”), cinematographer Bradford Young (“Selma”), Nefertiti Nguvu (“In the Morning”), and actress/director Adepero Oduye (“To Be Free”), to name a few.

Selected films are a combination of hand-picked work, as well as those sourced from submissions. And while they run the gamut in terms of story and style, Holmes said she and her curatorial staff favor more boundary-pushing work (both fiction and documentary) with themes involving social justice. The lineup is also designed to inspire more critical conversations around the art form. 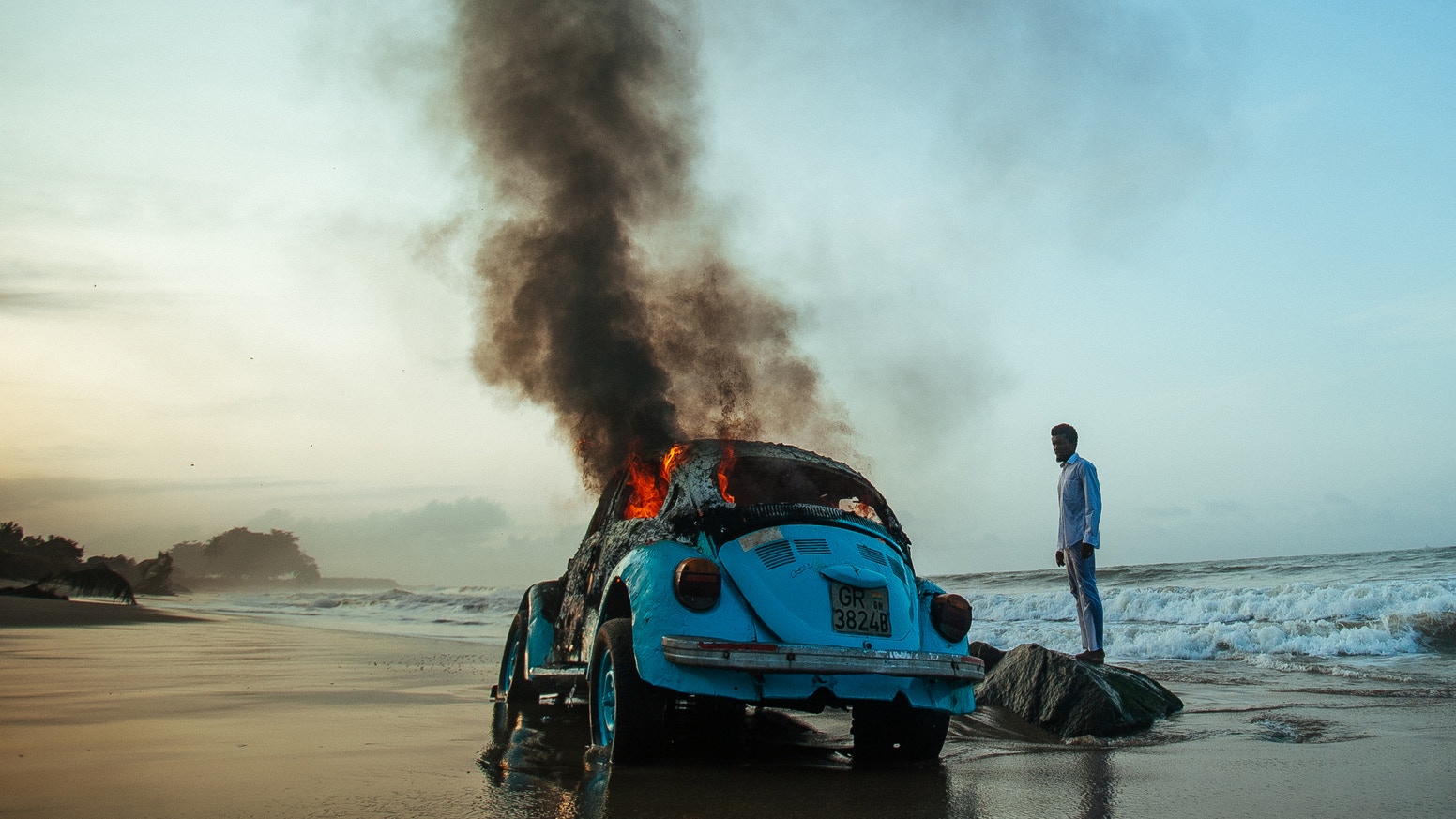 “The Burial of Kojo” directed by Blitz Bazawule

The 2019 lineup is BlackStar’s most robust to date, with over 100 films from around the world. Highlights include its opening night selection, “Jezebel,” the feature directorial debut of actress and writer Numa Perrier. The film, which premiered in March at SXSW, explores the complex life of a young 19-year-old who’s introduced world of internet fetish cam girls. Additionally, to commemorate the 30th anniversary of “Do the Right Thing,” Spike Lee and #MeToo founder Tarana Burke will discuss the possibilities of using radical storytelling to center social justice and foster narrative change.

There will be a sneak preview of “Hip-Hop: The Songs That Shook America,” a new documentary series from executive producers Ahmir “Questlove” Thompson, Tariq “Black Thought” Trotter (also from the band, The Roots), and Oscar-winning documentarian Alex Gibney. And Solange Knowles will screen “When I Get Home on,” as part of BlackStar’s closing night film presentation of shorts that examine cultural history through music. 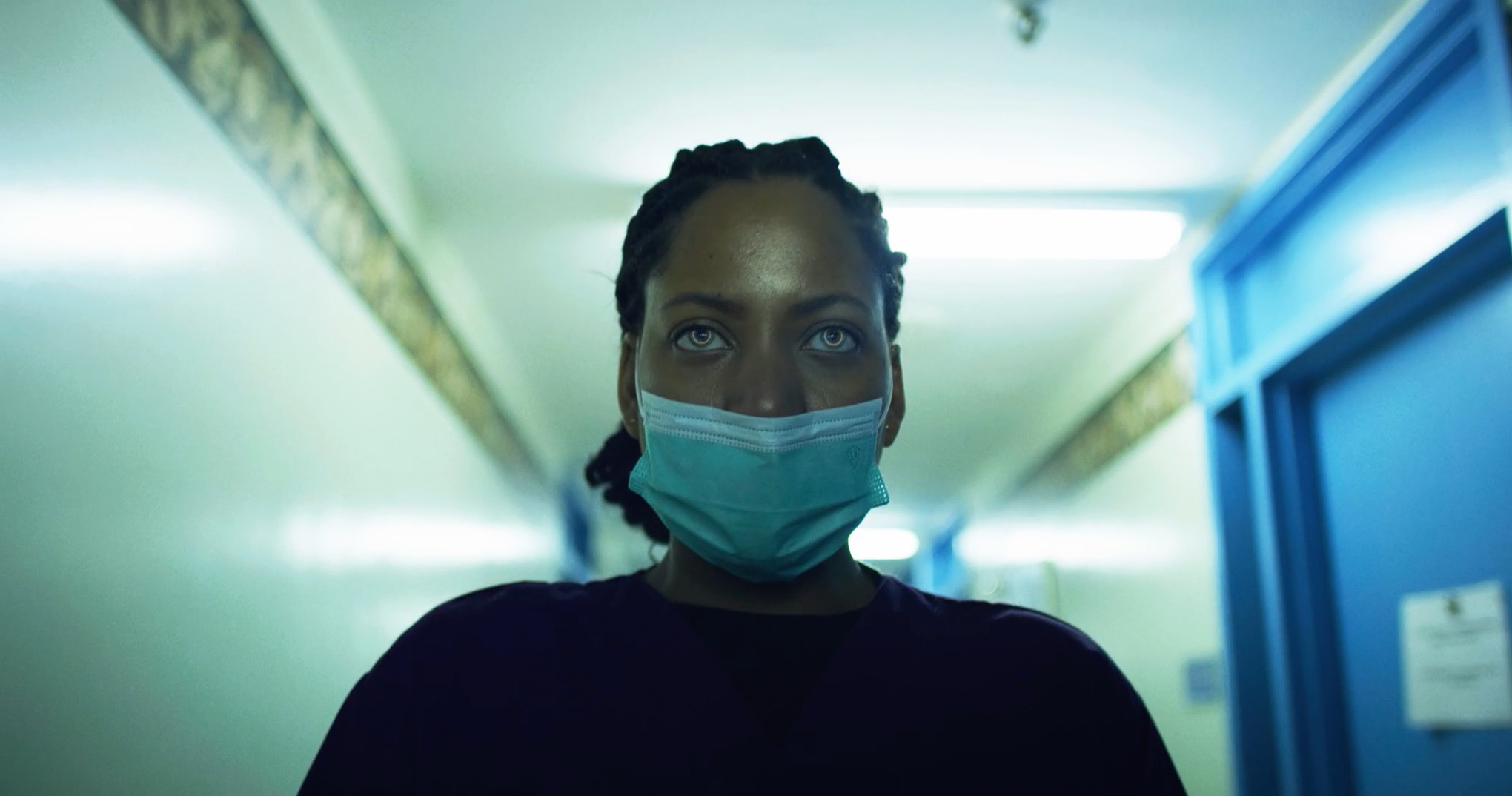 Other notable entries include British-Nigerian artist and director Jenn Nkiru’s experimental documentary “Black to Techno,” which reclaims the black origins of techno music; Ghanaian-American musician and filmmaker Blitz Bazawule’s magical realist feature debut “The Burial of Kojo”; Garrett Bradley’s “America,” a cinematic omnibus challenging the idea of black cinema as a “wave,” instead proposing a continuous thread of achievement; and Sierra Leonean-American filmmaker Nikyatu Jusu’s “Suicide By Sunlight,” about a day-walking black vampire protected from the sun by her melanin.

“There are so many festivals for people of color that are representational, but there’s also a need for black people and other folks of color to move beyond representation, and really get at what it is we really want to do with the medium,” said Holmes, who was a guest curator for the Whitney Biennial this year. “And we at BlackStar are very interested in working to get to that place. We’re constantly asking questions about how the form itself can be pushed, and I think that’s one way that we are making ourselves stand out.”