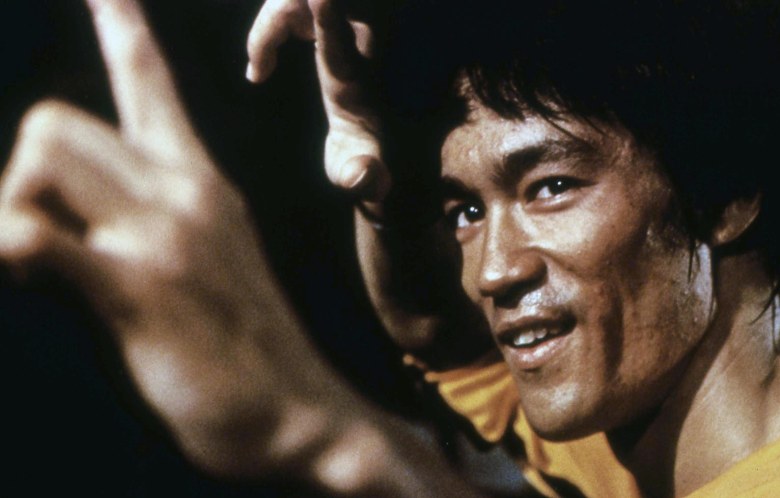 Bruce Lee in “Game of Death”

A day after Bruce Lee’s daughter condemned “Once Upon a Time in Hollywood” for its portrayal of the martial arts legend, Lee’s protégé and training partner Dan Inosanto spoke out to defend his mentor’s honor and legacy. “Inhumans” actor Mike Moh portrays Bruce Lee in Tarantino’s film during an extended scene in which he faces off against (and at least meets his match with) Brad Pitt’s character in a fist fight on the set of “The Green Hornet.” Prior to the showdown, Lee is heard making haughty comments and criticizing Muhammad Ali.

“Bruce Lee would have never said anything derogatory about Muhammad Ali because he worshiped the ground Muhammad Ali walked on,” Inosanto told Variety. “In fact, he was into boxing more so than martial arts.”

Inosanto is one of only three martial artists who were trained by Lee to teach Jeet Kune Do at Lee’s martial arts institutes. As Lee’s protégé, Inosanto accompanied the actor on the set of several television shows and movies throughout the 1960s, including “The Green Hornet.” Inosanto starred opposite Lee in the latter’s final film, “Game of Death.”

As Variety reports, “Inosanto has not yet seen the film but says that from his memories of Lee on a working set, he never saw the San Francisco-born, Hong Kong-raised actor being braggadocious or engaging in scraps for the sake of showing off.”

“Bruce Lee broke ground for Asian Americans,” Inosanto said. “Breaking in as an Asian was very, very difficult at that time. He paved the way for all the action stars.”

Inosanto’s support for Lee follows criticisms made by the late actor’s daughter Shannon Lee. Shannon told The Wrap earlier this week she was upset with how Tarantino portrayed her father as an “arrogant asshole.” Speaking to Variety, Shannon said she’s unsure if Tarantino even liked her father.

“Once Upon a Time in Hollywood” is now playing in theaters nationwide.

This Article is related to: Film and tagged Bruce Lee, Once Upon a Time in Hollywod, Quentin Tarantino