The Oscar winner once again had the ultimate kiss-off for internet trolls. 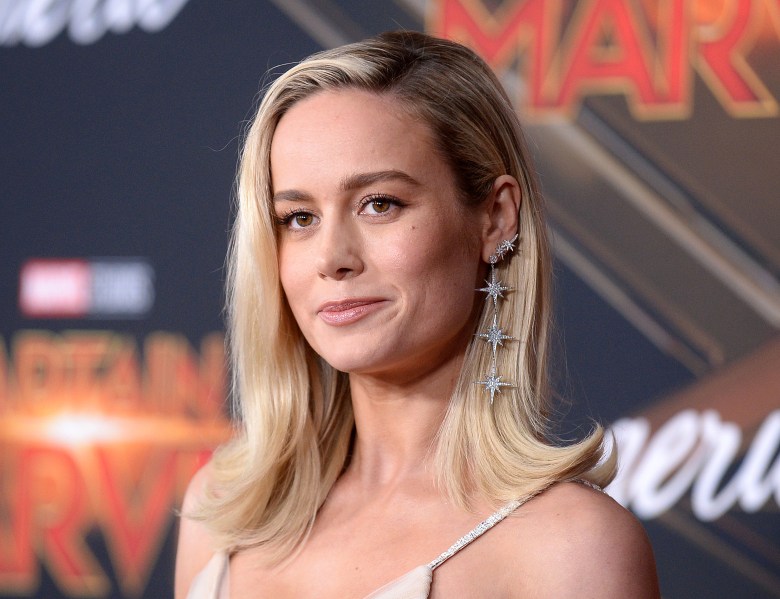 Brie Larson once again had the ultimate kiss-off for fanboy internet trolls who don’t believe that the “Captain Marvel” star is capable of shouldering a movie in the Marvel Cinematic Universe. The actress, who plays superhero Carol Danvers, took to Instagram to show off the fact that she can, indeed, lift Thor’s hammer — literally, yes, but the image also holds great metaphorical power. See her post below.

This is not the first time that Larson, who recently starred in “Avengers: Endgame” and will topline the announced “Captain Marvel” sequel, has had to answer to the fanboys, who previously beat the film against the rocks due to a supposedly triggering deleted scene among other complaints.

The Academy Award-winning actress, who has long been a vocal proponent of parity for women in film and television, is clearly reveling in the chance to stick it to the trolls who think a female can’t lead a Marvel film. These pods of toxic masculinity were previously threatened enough by “Captain Marvel” to try and tank the film’s positive score on Rotten Tomatoes prior to the film’s release back in May of 2019.

A Larson fan account on Twitter was quick to point out the internet bros who think Larson can’t actually wield Thor’s hammer. The account goes on to trumpet Larson’s “bad bitch energy.”

Larson has long been adamant about the film’s powerful message, and what it means for the state of women in film. Recently, in an interview, she said in response to critics’ bafflement at the film’s $1 billion-plus gross, “I understand film history. I know that the film industry started with a majority of women. It started with women filmmakers. This weird idea that women maybe can’t open movies or are not important to storytelling or the female story is not high art, it’s bogus. I don’t want to for a second buy into it.”

Larson also added, “I’m very grateful to have broken this glass ceiling of normalizing the concept that women can also make a billion dollars. I don’t know why that was so hard to comprehend in the first place. It’s just like we’re human, whatever. If people needed this to be another reminder this decade [that minority groups can open movies and make a billion dollars] then great, I’m here, I did it.”

Not to be whatever, but….told you I could lift it 😇