Starring Orlando Bloom and Cara Delevingne, it's a series that's admirably inventive in theory, but can't juggle the many pieces of the fantasy world it fashions for itself. 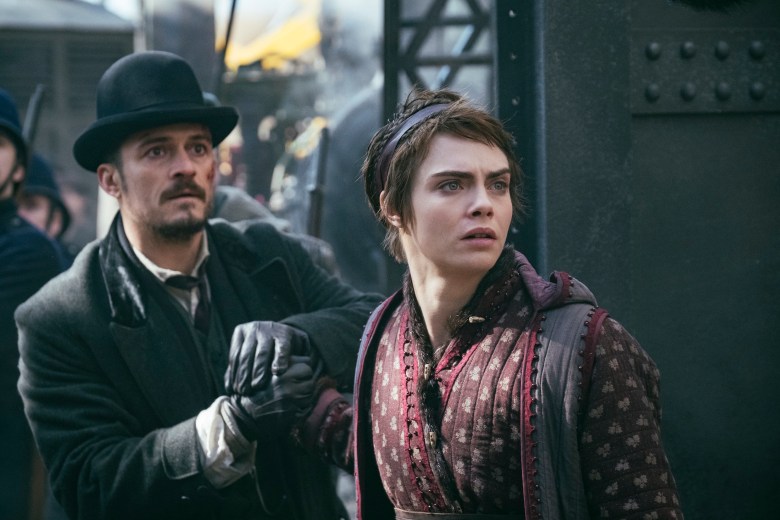 Regardless of era, there will always be an audience that pines for originality. Even while snatching up intellectual property that can be transformed into the next blockbuster, networks and studios love to tout entertainment that is truly original. “Carnival Row,” the latest big swing from Amazon Prime Video, ostensibly falls in this category. A curious hybrid of a murder mystery, a love story, and an unabashed political allegory, this Victorian-infused fantasy would-be epic is certainly striving to carve out a category all its own.

But while this eight-part season has fashioned a highly detailed world for itself, immersed in a mythology that spans multiple lands and stretches over entire cities, there’s still something empty in its execution. It’s a show with certainly admirable ambitions, but through nearly every aspect of its swirling narrative, “Carnival Row” is less than the sum of its otherworldly parts.

There are kernels within this universe that merit some exploration. A former soldier turned inspector Rycroft Philsotrate (Orlando Bloom) investigates a series of unexplained murders, all while wrestling with his nascent feelings for Vignette Stonemoss (Cara Delevingne), a recent immigrant to the Burgue, a city far from her faery homeland. There’s political intrigue as Chancellor Absalom Breakspear (Jared Harris), the ranking official in the Burgue’s vaguely parliamentary system of governance, finds himself at the center of a multi-front attack on his authority. A pair of socialites (Tamzin Merchant and Andrew Gower) are forced to confront their own prejudices and expectations when Agreus (David Gyasi), the new tenant at their neighboring property, is a well-to-do faun. 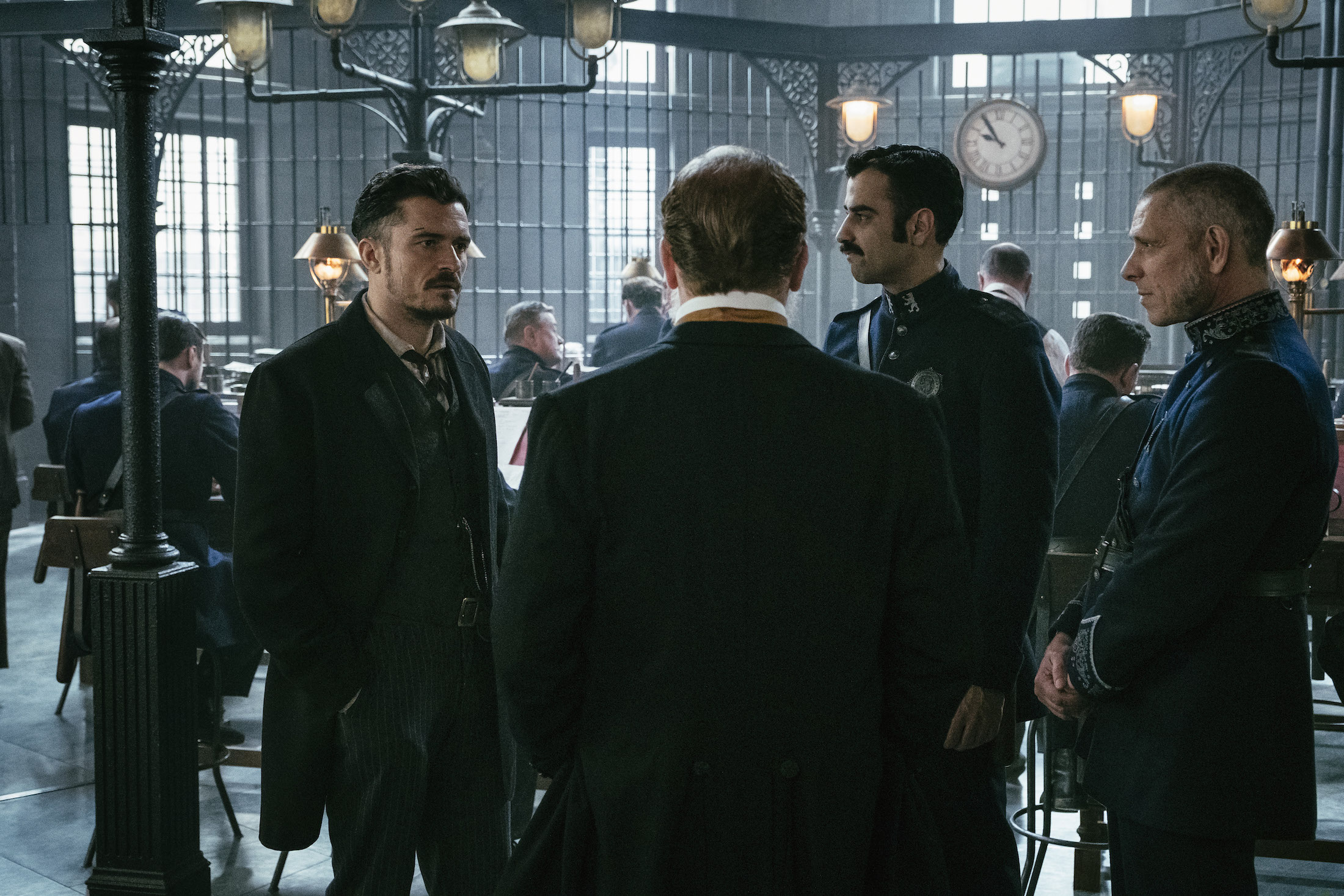 Were “Carnival Row” able to juggle all these gradually intertwining strands while engaging with what feels necessary and compelling about this world, there would be more reason for viewers to become involved. As it stands though, this season plays out more a as fantasy story grafted onto a political allegory rather than a tale that flows from these particular characters’ experiences in way that says something meaningful about How We Live Now.

One of the main issues with the series is foregrounding Philo (as Rycroft is more conveniently known) as the main means of connecting all these disparate threads. Bloom’s strengths as a performer have traditionally been as a supporting player, and the tricky combination of an abundance of murder-related screentime and the character’s main purpose as a conduit for everyone else’s anxieties leave him too much space to fill. Aside from one revelation that comes about halfway through the season, it seems that Philo’s primary distinguishing traits are being conflicted about his various romantic partners and being one step behind a murderous force that is not only slaughtering a number of victims in and around the Row, but harvesting their organs.

It doesn’t help that with this many ancillary characters woven into the fabric of the show, all of them seem to call out for more time than the show can afford them. Runyan Millworthy’s (Simon McBurney) band of miniature theatrical performers becomes an incidental Greek chorus at key points in the season. Delevingne does her best to provide Vignette a meaningful throughline as she bounces between household servant positions and dabbling in the Burgue’s growing resistance movement. But in what becomes an impossibly interconnected web of intrigue drawing all them and others together, individuals in this story feel more like puzzle pieces than autonomous characters. 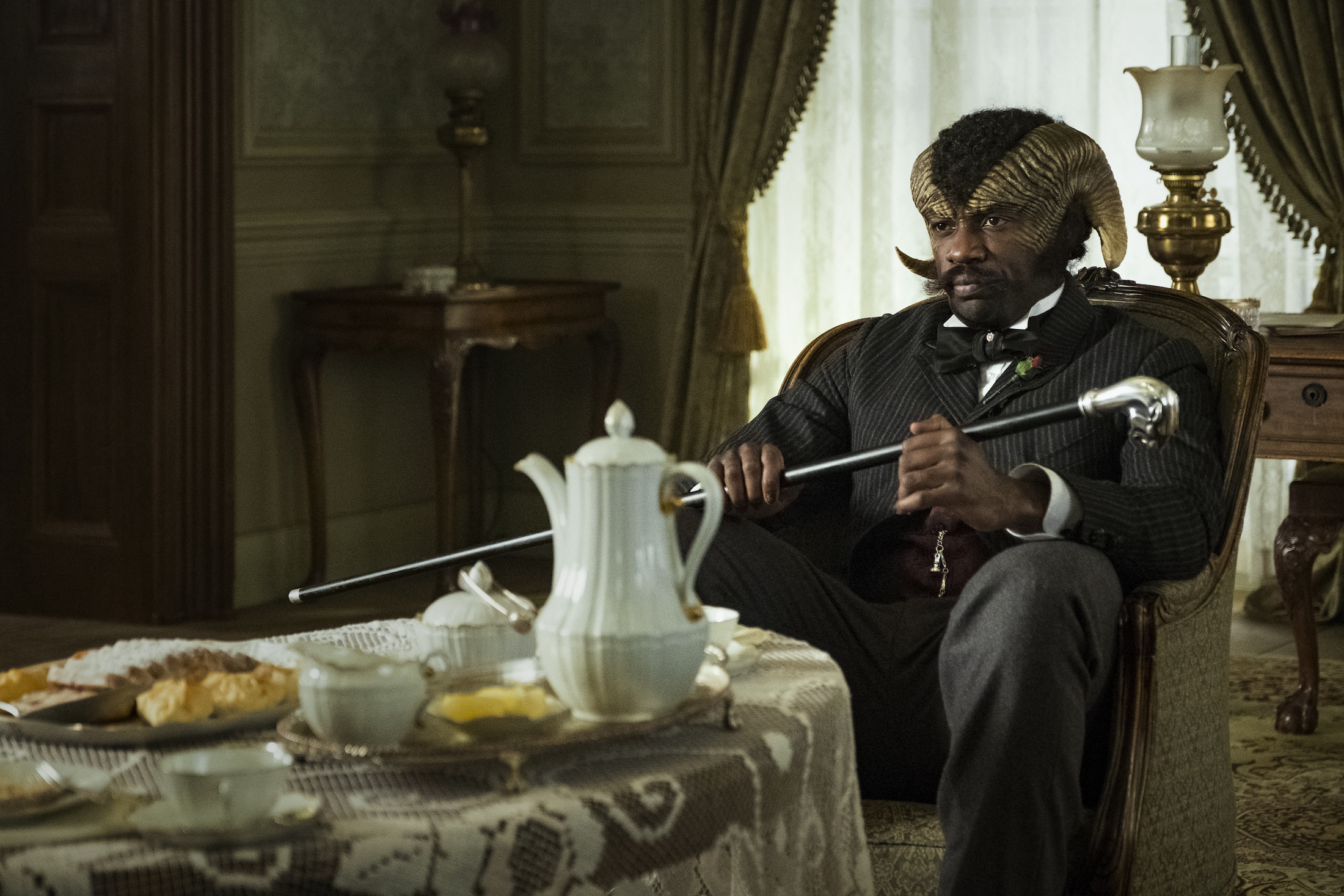 The way that “Carnival Row” obscures its own timeline doesn’t help matters. Just one of a handful of romantic entanglements that seem to be the only fuel that drives this story forward, Philo and Vignette’s shared history is one particular case of the series needlessly withholding information where that context would be more helpful. All the way up until the season’s climactic showdown, the truth behind the overarching mystery of the deaths in the Burgue becomes less powerful the longer they’re shrouded. Opting for a twisty, convoluted justification for bloodshed, that choice only serves to deaden each successive reveal instead of making them feel earned or necessary.

It’s clear that “Carnival Row,” co-created by René Echevarria and Travis Beacham, is aiming for a story that examines power in all its forms. There’s the idea that the memory of a past love can exert such powerful control that it transcends time and place. One undercooked Season 1 subplot looks at how oppression can curdle into a violent revolutionary movement that doesn’t shy away from targeting anyone in its path. And by embracing the idea that, in this society, humans are widely seen as the social and physiological superiors to their fae and fawn counterparts, it dives into a form of deeply held, subconscious prejudice that spans centuries, not just genres.

By virtue of some of the ensemble members, some of these threads are more successful than others. As he was in last year’s similarly frustrating “Troy: Fall of a City,” Gyasi is a clear reason to keep watching the series, even as the elements surrounding him fall flat. With subtlety in short supply elsewhere in “Carnival Row,” Agreus feels like the rare character here that exists as something other than merely serving an analogue or embodying a single trait to serve the overall series’ purpose. Largely consigned to the season’s back half, as Agreus continues to try to reconcile practicality, survival, and his own happiness, the promise of the series grows with him.

Despite those momentary bright spots in an ongoing bleak collection of fates, “Carnival Row” largely meanders through the world of its own making. That alone is far from a reason to condemn it. It’s just that whenever the show pauses to take note of its surroundings, it’s rarely ever looking in the most interesting places.