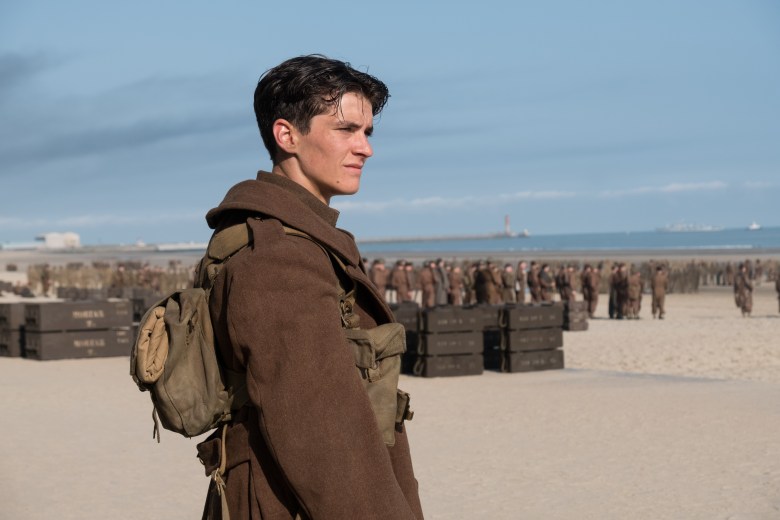 Richard King — sound designer and supervising sound editor on films including “Dunkirk,” “Inception,” “The Dark Knight,” and “Master and Commander: The Far Side of the World,” all of which won him Academy Awards for Best Sound Editing — has been creating aural effects for movies since 1983. He’s a longtime collaborator with Christopher Nolan, realizing the sonic worlds of all of the British auteur’s films since “The Prestige.” King also serves as supervising sound editor on Nolan’s upcoming, mystery-enshrouded “Tenet,” which currently has a trailer playing in theaters ahead of screenings of “Hobbs & Shaw.”

In a recent Reddit AMA, King shared some of the secrets to his success, including the innovative foley techniques he employed on 2017’s World War II epic “Dunkirk.” (For filmmakers, King has also made available a sound effects library.)

With regard to one of the exhilarating plane-crash sequences in “Dunkirk,” King said: “Chris had the genius idea of having the plane’s engine winding up instead of sputtering as it goes down. I put a billiard ball in my dryer at home to get random banging to simulate like a crank shaft is broken loose. He’s going 100 knots so at that speed hitting water is like hitting concrete. The penultimate moment had to be huge. That’s a sound we worked on for a long time to try to give it the biggest metal crack we could make.”

King also added, “Loud sounds like explosions are more startling and effective if they’re preceded by a little silence. For instance, the scene where the British soldiers are hiding in the metal trawler which the Germans begin using as target practice. It’s shocking because it’s a fairly quiet scene.”

When asked about his favorite “sound accident,” King said, “I accidentally crashed a Mercedes Benz once and got an incredible impact sound.” King also said, “We crashed into an airplane hangar within 2 feet of an airplane propellor. We revved up an electric car so high that the engine seized up and I got a great shuddering clunk sound. We dropped a concrete k-rail on a car, inadvertently crushing the microphone inside. We got a great crash sound up until the mic was destroyed. These are accidents I would not suggest repeating, but we got some great sounds (and nobody got hurt).”

To achieve the terrifying gun sounds in “Dunkirk,” King said, “The guns in the opening sequence in the town of Dunkirk were a combination of great production sound(!) and the German machine guns that we recorded. The production gun sounds had a great crack and had the benefit of the natural reverb of the narrow cobblestone street. They were also played very loud, which makes them abrasive and shocking. They also sound harsh and raw because there’s no sound absorption on that street, it’s like a little stone canyon, which makes it bright and abrasive.”

King said that the hardest sound he ever worked on was for “The Dark Knight Rises.” “We didn’t want [the bat] to sound like a helicopter,” he said. “It needed more of a flangey whir. It was a long process to try to figure out how to accomplish that without making it just sound like a big fan.”

This Article is related to: Film and tagged Christopher Nolan, Dunkirk, richard king