It's unclear why Comcast may be looking to drop Starz, but investors did not react kindly to the news. 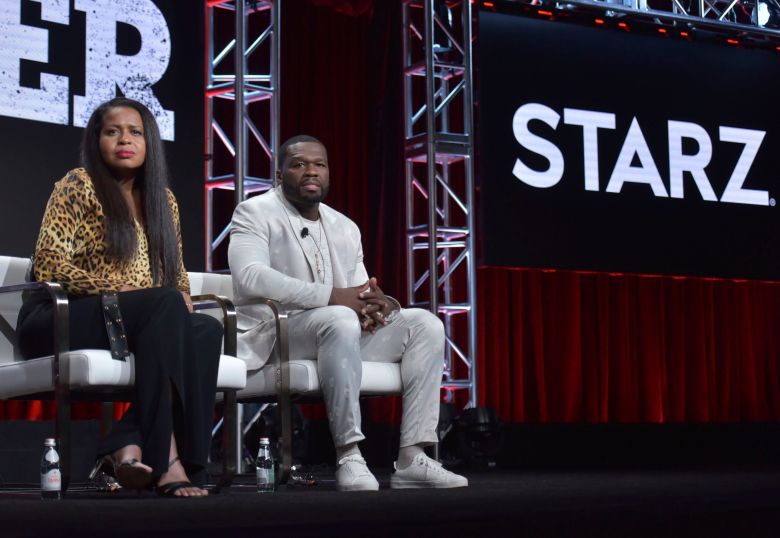 Courtney A. Kemp and Curtis Jackson speak during the “Power” panel at the Television Critics Association Summer Press Tour.

Comcast told Lionsgate that it planned on dropping the Starz network, according to a report released Friday.

The Information reported that Comcast intended to drop Starz and Starz Encore from its main bundle of channels by the end of 2019, which could cause the company to lose millions of subscribers. The network is home to several popular shows, including “Power and “Outlander.” The former show is a particular hit for the network, with most episodes from Season 4 and Season 5 pulling in around 1.5 million viewers.

Although “Power” is currently airing its sixth and final season on Starz, the series will live on in spin-off shows in what Starz president of programing Carmi Zlotnik referred to as the “Power cinematic universe.”

A Comcast representative did not return a request for comment but Variety cited an anonymous individual who said that Starz discussions were ongoing and noted that there were still four months to go before the companies’ pact ends.

If Comcast ends up dropping the channels, Starz would lose about a third of its American subscribers, according to an anonymous source in the The Information article.

Lionsgate acquired Starz for $4.4 billion in 2016. Although Starz is a relatively recent addition to the Lionsgate family, CBS has been eager to purchase the pay TV service from the company for quite some time. In May, Reuters reported that CBS offered to buy Starz from Lionsgate for $5.5 billion.

It’s unclear why Comcast told Lionsgate that it planned on dropping Starz Friday, but investors did not take kindly to the news, as Lionsgate shares were down 6.74 percent in late Friday trading.

Comcast isn’t the only television giant to face unrest recently: AT&T and Nexstar Media, which owns and operates a multitude of television stations, butted heads in July over a carriage deal that resulted in a blackout of Nexstar channels in 97 U.S. markets. The issue caused stations such as ABC, FOX, CBS, and NBC affiliates to disappear from DirecTV, AT&T TV, and U-verse. AT&T and Nexstar Media agreed to a new multi-year deal on Thursday, restoring those channels to AT&T television properties.

This Article is related to: Television and tagged Comcast, Lionsgate, Starz, TV Business