Netflix's fantasy prequel series is an eye-popping masterpiece full of both wondrous and violent delights. 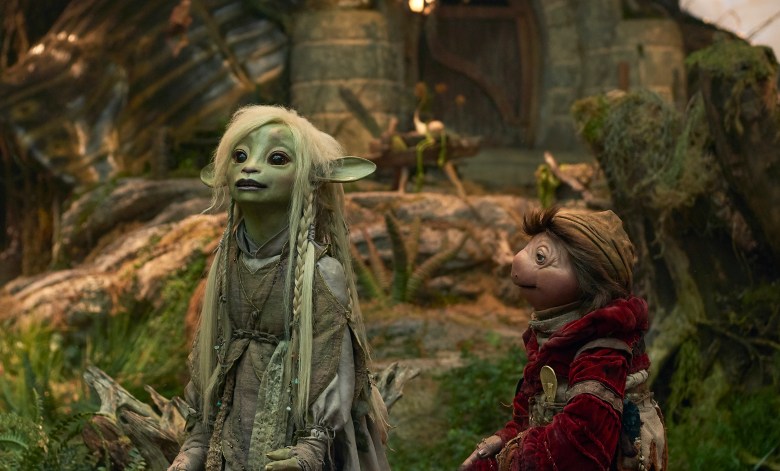 [Editor’s Note: The following contains spoilers from “Dark Crystal: Age of Resistance,” including the finale.]

Looking at the season as a whole, its roughest storytelling moments occur in its first episode when Sigourney Weaver’s exposition dump as narrator is excessive and completely unnecessary to front-load in the season. Also, the relationship between Rian and Mira is quickly introduced through the phenomenon known as Dreamfasting (the magical psychic ability that replaces the flashback), but she is soon killed off, effectively fridging her. Any friend’s death would’ve been enough to incite Rian to revolt, and it didn’t need to be a female love interest, which comes off as one of the most cliched motivations for a hero and using a love interest solely as a plot device.

The show picks itself up from those stumbles, however, and shows that it’s far from sexist. It introduces plenty of fun and varied female characters, ranging from the self-sacrificing Deet and all-knowing Mother Aughra, to the trio of Vapra princess sisters. Those siblings are similarly differentiated by their personalities and values. While the bookworm Brea and valiant Tavra are straightforward and heroic, it’s harder to love eldest sister Seladon, especially after she sides with the Skeksis in her devotion to the status quo. Her divisive viewpoint is realistic though, and the series showcases her stubbornness in an audacious scene where she effectively dresses like her oppressors, all in black and wearing makeup. It’s both delicious and weird, and something only “Age of Resistance” seems to know how to pull off. While the season is full of intriguing moments, Episode 7 stands out with one of the most hilarious scenes that also combines an organic and innovative way to present exposition. When the trio of hero Gelflings make it to the Circle of the Sun, they’re shocked to find a Skeksis named the Heretic (a raucous Andy Samberg) and a Mystic named the Wanderer (Bill Hader) living together in harmony. They know that they are the two halves to one whole urSkek, and they present this information to the shocked Gelfling through “that most ancient and sacred of arts: puppetry.” Yes, there’s a puppet show put on for puppets within a puppet show. It’s a brilliant moment that demonstrates the show’s tonal mastery.

As for the final battle between the Gelfling and Skeksis, it has a rather rudimentary quality to it, with most of the combatants taking turns looking on as a specific one-on-one conflict takes place. But even here, “Age of Resistance” takes a left turn with Aughra is suddenly revived from her essence that was inside the Hunter, who was forced to die when his Mystic counterpart died. Victory goes to the Gelfling and their newly acquired allies, the spider-like Arathim – earned by a demonstration of selflessness – but it’s a pyrrhic victory in which Deet has been infused with the toxic Darkening that was in the Emperor’s staff crystal. Proximity to the tainted crystal already caused his deterioration; there’s no telling how Deets’ more fragile body will be able to withstand the Darkening in her own veins.

Overall, the season concludes on a satisfying note despite poor Deet’s predicament. The shard from the Dark Crystal has been found in the Dual Glaive, and the Skeksis are running scared even though they’ve just bio-engineered the murderous Garthim. If the show ends there, then fans already know that a happy ending will be achieved by the time of the events in the 1982 movie. But if Netflix decides it wants to return to Thra, there’s plenty more story to tell to uncover – how the prophecy was first established and what exactly happens to all of the Gelfling in the interim, before Jen and Kira supposedly become the only survivors.

With a title like “The Dark Crystal: Age of Resistance,” the fantasy series evokes the same epic storytelling and rallying tenacity as the “Star Wars” saga, which is no stranger to its own subtitles. It’s enough that the series boasts visual mastery and a stimulating plot, but its message of hope and community gives it a far richer purpose. “Age of Resistance” matters, and that’s some admirable alchemy at work.