Is there any genre these brothers can't handle? No, there isn't. 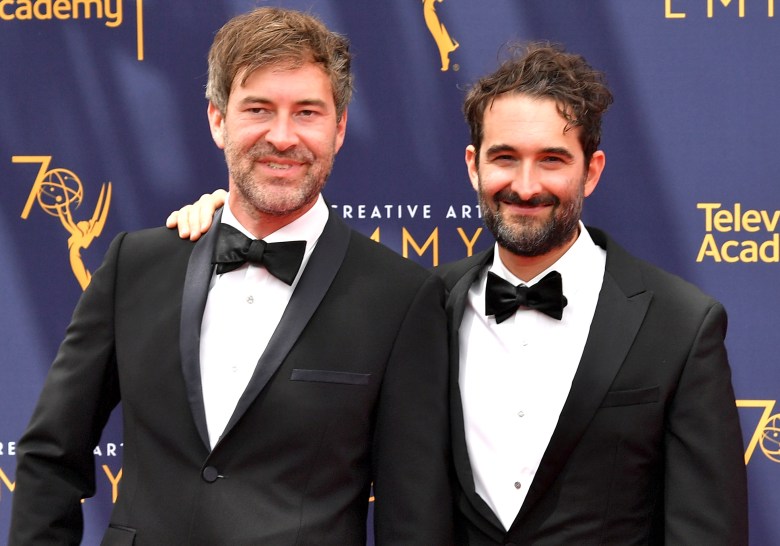 The first names that come to mind for producing a hip-hop dance series aren’t Mark and Jay Duplass. Nevertheless, the ubiquitous siblings will produce one and simultaneously extend their dominion to Disney Channel. Actors, directors, producers, and writers commonly known as the Duplass Brothers will executive produce the short-form series “Shook” for Disney Channel’s YouTube, it was announced Wednesday. The modern hip-hop dance series will be made available on Saturday, Sept. 28.

“Shook” stars Sofia Wylie — lately of “Andi Mack” and star of the upcoming “High School Musical: The Musical: The Series” for Disney+ — as 15-year-old Mia, who wants to take up dancing professionally. But her first duty is to her family — her younger sister Skylar and her busy single mom who’s a registered nurse — which doesn’t leave a lot of time to pursue her dream. Through her outgoing best friend Fredgy and mentor Ritz, Mia begins to explore the liberating world of street dance and learning to express herself.

“It’s not every day that Disney asks you to partner on a diverse, fun, avant-garde dance series. Actually, this may never happen again, so we’re enjoying it while it lasts,” said Mark Duplass, co-founder, DBP Donut.

“Disney Channel’s YouTube channel already has 3 million subscribers and 1.4 billion views. Adding ‘Shook’ as our foray into original scripted content is a great step in continuing to connect with our viewers on a platform they already use,” said Vincent Aricco, VP Multiplatform Content Development, Disney Channels Worldwide. “Sofia’s extraordinary talents and already huge fan base enable us to reach and engage with our core kid and tween audience through visual storytelling for an increasingly digital audience.”

The Duplass Brothers have been producing movies and TV shows for over 20 years with the most recent projects at HBO (“Room 104,” “Togetherness,” “Animals.”) and Netflix (“Wild Wild Country,” “Evil Genius”). Although they have experience in the comedy, drama, anthology, animation, and documentary fields, “Shook” will be a fresh foray into youth programming.

Hannah Peterson (“East of the River”) is directing the single-camera narrative from a script by Jonathan Hurwitz (“Andi Mack”). Alexis Beauregard (“Love & Hip Hop Hollywood”) will choreograph. The series has already begun filming in and around Los Angeles.

“Shook” will be made available Saturday, Sept. 28, on Disney Channel’s YouTube.

This Article is related to: Television and tagged Disney, Duplass brothers, Shook