The actor and filmmaker says his passion project is "especially resonant when you’re going through moments that are giving people deep dismay.” 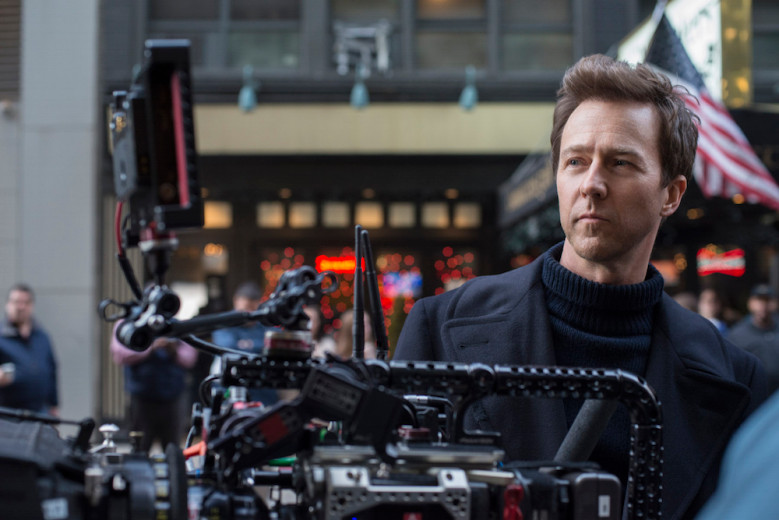 Edward Norton on the set of “Motherless Brooklyn”

Even in an industry where seemingly everyone has a long-gestating project, “Motherless Brooklyn” has had a particularly convoluted journey to the big screen. When Jonathan Lethem’s crime novel was published in 1999, a white-hot Edward Norton quickly became attached to a film adaptation. Various hiccups stalled production for 20 years, but the actor never gave up hope of bringing the story to the big screen.

In the coming weeks, Norton will bring the completed “Motherless Brooklyn” (which he directed, wrote, and stars in) to the  fall festival circuit, including planned stops at the Toronto International Film Festival and the New York Film Festival, all leading up to a November 1 release from Warner Bros. Reflecting on his longtime passion project, the actor revealed that the decades-long delays may have actually been a good thing.

In a new interview with Vanity Fair, Norton suggested that his take on the film noir genre can be read as a socially-charged response to the Trump administration and the current cultural and political divide in America. While the novel takes place in 1999, his choice to set the film in the 1950s is intended to confront reality, not escape it.

Norton says the period includes “the secret history of modern New York, with all of its kind of institutional racism and the devastation of the old city from neighborhoods right up to Penn Station, perpetrated at the hands of an autocratic, almost imperial force, who was intensely antagonistic to everything we think defines American democratic principle.”

He acknowledges that many of these themes ring true today, and compares “Motherless Brooklyn” to perhaps the quintessential film noir, “Chinatown.” Both films were made after the genre’s heyday, but use classic detective tropes to comment on current societal unrest.

“It came out right when the Watergate scandal is breaking open, Vietnam is ending, [Roman] Polanski’s wife has been murdered,” Norton said of “Chinatown.” “You have probably the deepest cynicism that had ever emerged in American society, and that film was responsive to that. … I think there’s a lot of what we’re going through now that is provoking also a lot of looking at dimensions of what sits under the surface of what we call American life. [It’s] especially resonant when you’re going through moments that are giving people deep dismay.”

Norton and his collaborators finished the script in 2012, and it only became more relevant with each passing year. Comparing any film to “Chinatown” is about as bold of a statement as you can make, but after two decades with the project, Norton clearly feels like he’s revived the socially-conscious noir for a new generation.