Put that on your fourth wall and smoke it. 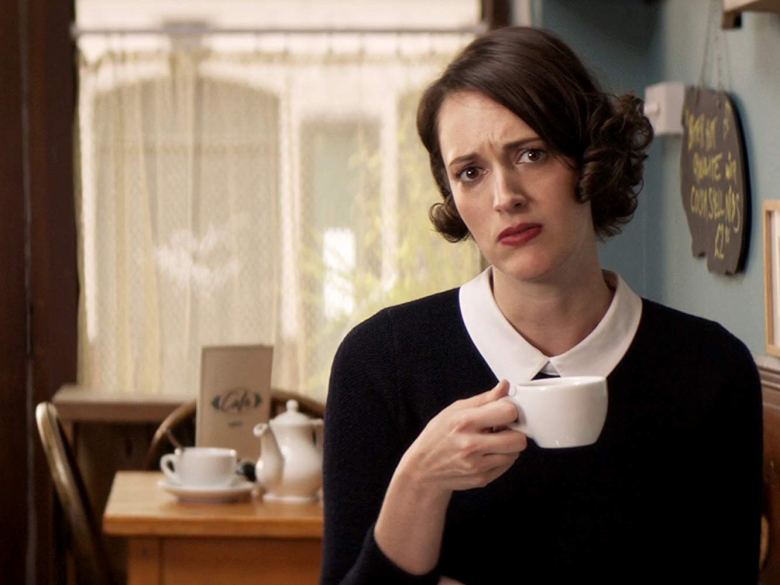 “Fleabag,” the smash hit comedy series from hilarious wunderkind Phoebe Waller-Bridge, which began as a one-woman show, will now exist in book form.

Random House announced Wednesday that it will publish a book dedicated to the Emmy-nominated BBC/Amazon comedy-drama series, titled “Fleabag: Scriptures,” to be released November 5. The book will feature brand new writing from the writer, creator, and star, and will include full filming scripts of both six-episode seasons, as well as never-before-seen stage directions. Each season’s scripts will include an afterword from Waller-Bridge about the production process.

To whet your appetite, here’s a sample of one those never-before-seen stage directions: “Her coat falls open. She only has her bra on underneath. She pulls out the little sculpture of the woman with no arms. It sits on her lap. Two women. One real. One not. Both with their innate femininity out.” (Via The Irish Examiner.)

“’Fleabag: Scriptures’ showcases all we’ve loved about ‘Fleabag,’ but also proves that what we’ve seen on our screens is only the tip of the iceberg,” said Emma Herdman, editorial director for Random House’s Sceptre Books imprint. “The reading experience, with the stage directions and Phoebe’s original work, is just as rich as you’d imagine.”

Fleabag made its debut as a one-woman show at the Edinburgh Festival Fringe in 2013, before being adapted for BBC Three television in the U.K. in 2016. Since premiering in the U.S. on Amazon to rave reviews, the second season garnered 11 Emmy nominations, including Outstanding Comedy Series and two nominations for Waller-Bridge herself. It also received a whopping five nominations for its actresses: Waller-Bridge in the lead, Sian Clifford and Olivia Colman for Supporting Actress, and Kristin Scott Thomas and Fiona Shaw for Guest Actress.

The second season follows Waller-Bridge’s character, the titular Fleabag, as she rebuilds her life following the death of her best friend. As she repairs the relationship with her older sister Claire (Clifford), she also enters into an intense friendship with a priest (Andrew Scott).

Highly in-demand, Waller-Bridge is penning the book while juggling various other projects. After writing and creating the critically-acclaimed and Emmy-nominated BBC/AMC series “Killing Eve,” starring in last year’s “Solo: A Star Wars Story,” and returning “Fleabag” to the stage, she is currently working on the script to Bond 25, which will be directed Cary Joji Fukunaga.

This Article is related to: Television and tagged Fleabag, Phoebe Waller-Bridge