In her brilliant "Fleabag" she explores the power and danger of vulnerability, and in turn created critics' favorite in the race for Outstanding Comedy. 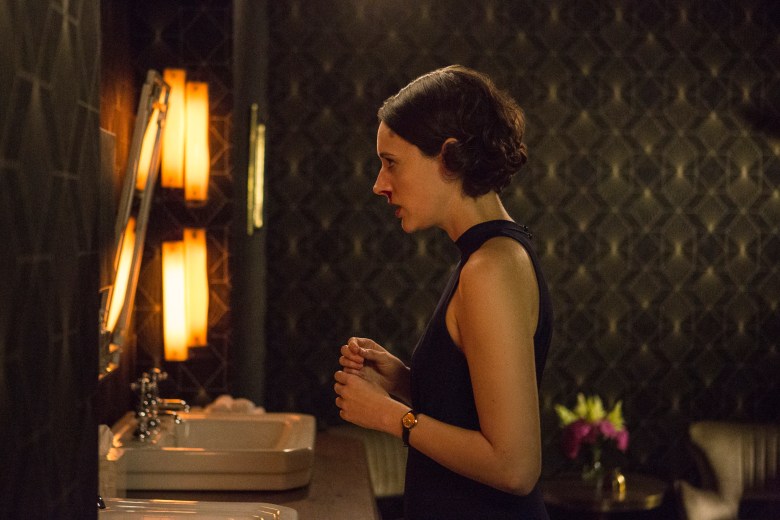 The second season of Amazon Prime Video’s “Fleabag” is a miracle in the age of Peak TV. The small series, distributed by the BBC, could easily have been subsumed by the constant rush of new content – remembered only by a handful of TV critics mumbling “Kneel” to themselves – but for the fact that the six episodes were exquisite meditations on love in every iteration, leaving an indelible mark on an already remarkable TV season. And for its trouble, the series earned 11 Emmy nominations.

At the center of it all, is Phoebe Waller-Bridge. Star and creator of not one, but two Emmy-nominated series – “Fleabag” and “Killing Eve” – the auteur has become something of a Hollywood darling, rewriting the script for “Bond 25” and voicing a droid in “Solo: A Star Wars Story.” But it’s “Fleabag” that has left audiences hungering for more from the brilliant writer who carves through the artifice of human interactions with an ease that leaves even the most cynical viewer vulnerable. As if that weren’t enough, the actress has done more to further the relevance of jumpsuits than anyone since Devo.

Waller-Bridge spoke to IndieWire about the complex relationships that underlie the bulk of the her series, the hard work of being a better person, and what exactly scares us so much about intimacy.

IndieWire: The very first thing Fleabag tells the audience in the second season is that this is a love story, but everyone I speak to disagrees about what relationship in particular she’s referring to. Is there a right answer?

Waller-Bridge: I really want people to argue about it, actually. So I’m not going to tell you what I think. I feel like I’m leaving it open for people to find, because I think whichever love story you think it is says something personal to you. So, I prefer you to choose it yourself. Who did you think the love story was between?

Waller-Bridge: Oh, I love it.

Talk a little about Fleabag and Claire’s relationship, particularly in the second season. It really is the spine of so much of the show and it can be easy to be waylaid by the hot priest of it all.

Waller-Bridge: It goes without saying that Claire and Fleabag are meant to be together in the world. They’re meant to be. They love each other so much and they’re connected by so many things and yet they can’t quite connect. I think on the outside they were sort of paralyzed by the grief of their mother’s death and also paralyzed by their differences.

For Claire to feel criticized is the worst thing that could possibly happen to her and she feels criticized every time Fleabag looks at her, even though Fleabag isn’t criticizing her. If anything, it’s very much the other way around. There’s a little projection going on with them. I mean, this relationship just pours out with me when I’m writing it.

And mainly because I’m writing for Sian Clifford who can do literally anything. She can go anywhere and she changes on such a profound and cellular level when she plays Claire. And knowing that I can write things for her, like writing that first episode, knowing I needed something very quickly that would bring them back together. Despite everything that has happened between them that could possibly end up being a feud forever and ever and ever. There had to be one thing that was bigger than everything and an act of kindness and an act of urgency between the two that would just make everything else pale into insignificance, which is where the miscarriage idea came from, and that shows the true kind of mettle of their sisterhood right there. 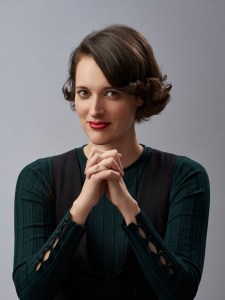 I also loved the dynamic between Martin and Fleabag this season, in that he seemed almost a little betrayed by her. As though they were both trash people and Fleabag had dared to change, to improve herself, to do the work, and there was this weird subcurrent of betrayal there. Was that an element you recognized as you were writing?

Waller-Bridge: Oh my God, I love that you saw that. I mean, I always felt that they were too similar for their own good, and that’s why they didn’t like each other. They were sort of self-loathing mirrors of each other. What Martin does is takes pleasure and in upsetting people with the truth. Whereas, Fleabag takes pleasure in entertaining people with the truth. But they’re both still weaponizing the truth. And the more she lays down her weapons towards the end and decides that she’s okay and she can walk strong in the world and be kind to her sister and actually be a good person and he’s still holding his, you know, machine guns and he’s like, “Don’t leave me!” I think there is that feeling. I think he really hates how much he likes Fleabag, and I think that’s what causes issues between them.

The opening moments of the season, just after the love story proclamation, the audience rapidly gets caught up on the last year of Fleabag’s life, during which she works really hard to better herself since we last saw her. She’s eating right and she’s exercising and the cafe has turned around and she’s doing everything right. And even though she’s made all these profound changes, she’s still not happy. Was that something it intrigued you to explore?

Waller-Bridge: Yeah, I mean, it was a real road of discovery getting to that very first monologue of Fleabag’s. It took me quite a long time to get there, not so much drafting it, but actually having the idea that she’d starts off saying she’s fine because the whole of the first season is her quite deliberately saying, through lots of little ways, “I’m fine, I’m fine, I’m fine, I’m fine, I’m fine,” quietly down the camera the whole time to the audience.. until you realize at the end when she’s kind of wails “I’m not fine!” and it finally catches. But in this one, there seems something innately less dramatic about her saying “I am actually fine.” I was sort of reluctant to go down that road until I realized that was the truth, and the truth is that she discovered what fine is and she is going to be fine now. She has a balanced life.

And yet that emptiness is something that you can only fill by going on a true and honest journey with yourself, taking different kinds of risks, and I think the risks that she took in this first season were to push and provoke her family or to have sex with people to feel something and just cast people aside and call them names and compartmentalize her head. This season she realized that the most dangerous thing you can do is be vulnerable and wear your heart on your sleeve and tell your priest that you’re in love with him.

That’s the scariest thing to her and that’s what makes her grow the most, and that’s where all that came from.

What do you think it is about intimacy that fucks all of us up so much?

Putting yourself out there, and just rolling with the punches and taking that energy from it in a positive way would be an amazing way to live, but it’s so hard. And even though we all know it’s the right thing to do, I think that we all have a complicated relationship with ourselves. We see ourselves in lots of different ways and I think that there’s probably a scared person inside of us who just doesn’t want to be seen that often.

It’s very unfair for me to ask that question just because you’re famous and a genius, but it seemed like I should ask in case you had it all figured out.

Waller-Bridge: If I ever get the answer, trust me, I will tell you.