Not everyone liked the choice of ultimate Iron Throne-holder, but Sansa Stark herself has a clever defense of the (decidedly) male pick. 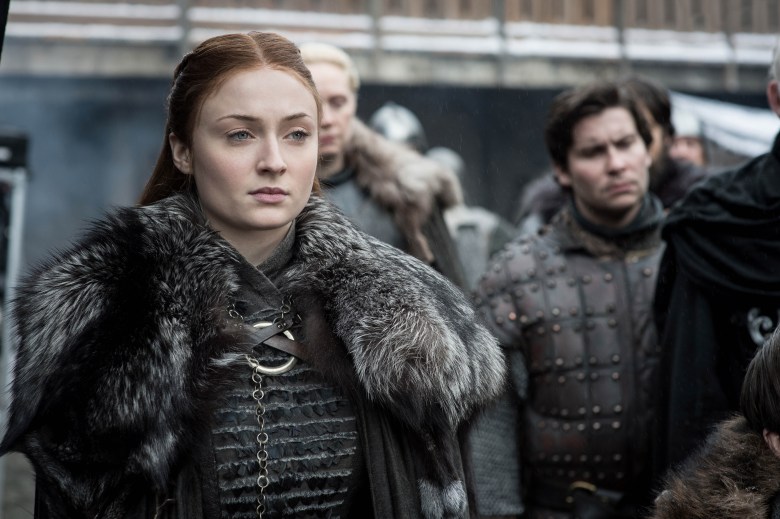 HBO’s hit series “Game of Thrones” may have wrapped up back in May, but the beloved (and often controversial) show based on the works of George R.R. Martin seems destined to dominate the discourse for many more months to come. And with the series pulling in a record 32 Emmy nominations — including Outstanding Drama Series and a number of nods for its stacked cast — questions regarding its maligned finale continue to reign.

Top of mind for fans: Did the right person earn the right to the Iron Throne? Emmy nominee Sophie Turner, best known as the series’ Sansa Stark (herself a contender for last royal standing) has her own thoughts on the show’s decision to pick her character’s brother Bran Stark as the ultimate leader of Westeros.

Bran, AKA the Three-Eyed Raven, was always a dark horse pick, and as a new interview with The Wrap reminds, he was also a ruler who emerged after a season filled with powerful female characters making a play for supremacy. Turner, however, doesn’t see a problem with Bran emerging victorious against a crowded field of (mostly female) contenders.

“I think it’s true what Tyrion was saying: Bran holds all of our stories, and we can’t move on unless we remember our history,” she told the outlet. “Daeneyrs had to die. Cersei was a mad queen. Arya is too much of a free spirit. Sansa probably wouldn’t want to rule the seven kingdoms anyway — she wanted to stay in the North and defend the North. I really think Bran might be the perfect person for the job.”

Asked if she had her own “dream ending” for the series, Turner offered a number of intriguing alternatives, while still stumping for the ultimate ending that was presented by creators and showrunners D.B. Weiss and David Benioff. “I thought Arya would kill Cersei,” she said. “And I would like to have seen Sansa and Cersei reunited, or Arya and Cersei. But there were so many ways the story could have turned out. I felt very passionately about the ending for Sansa, and I was very happy with the ending that turned out for her.”

Turner has been consistently outspoken about fan backlash that plagued the series’ final season. In May, Turner hit back at a “disrespectful” petition being passed around online that called for the final season to be remade. A few months on, Turner is still holding her position, and with good reason.

“The fans are incredible and so loyal, and we love them because of the fact that they’re so, so passionate,” she told The Wrap. “I cannot fault them there. But when people were saying that there was no effort, that the writers were terrible … The most effort was put into this final season. We were shooting for an incredibly long time, nearly 11 months. We did the most night shoots anyone has done ever, I think. I felt a little defensive, and I think I’m entitled to feel like that.”