The Australian filmmaker shared with IndieWire her vision for the Marvel Cinematic Universe. 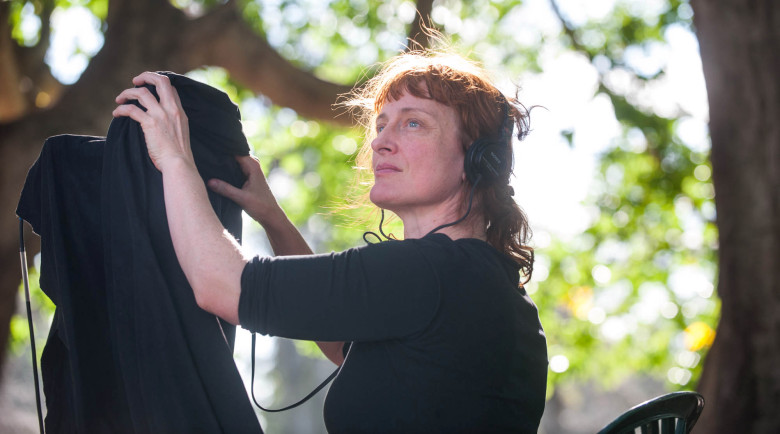 Adding to the growing collective of female directors taking on superhero movies, Australian filmmaker Jennifer Kent is ready to throw her hat into the Marvel Cinematic Universe ring. During a recent IndieWire interview about her controversial new film “The Nightingale,” now out in select theaters, “The Babadook” director spoke about offers she’s received to take on blockbuster movies. But she has her own ambitions for the Marvel canon, setting her sights on one comic-book character in particular.

“The opportunity has been there if I really wanted to pursue that path and it still probably is to some extent. I am excited by this aboriginal Marvel character, Manifold,” said Kent, referring to the Aboriginal Australian mutant superhero, also known as Eden Fesi, with the power to bend time and space in order to teleport. “Aboriginal culture is the oldest culture in the earth; it’s so sophisticated and deep. It would interest me to take that out to the planet. There could be some amazing story there.”

Kent paints a bracing portrait of Australian Aboriginal culture in “The Nightingale,” a pulverizing gut-punch of a movie that follows an anguished young woman’s quest for vengeance following a hideous act of violence brought upon her family in 1820s Tasmania. Underpinning this brutal revenge story is the backdrop of colonial war between British imperialists and the black indigenous Tasmanians whose land is being ravaged by their occupiers.

Kent was clear about why Aboriginal stories have been so under-explored in film history. “Aboriginal people haven’t the means. They’ve had the talent and the wisdom and the wherewithal to make things but they haven’t been supported,” Kent said. “They’re five percent of the population, but people have this impression of them being drunk or whatever, and it’s just not true.”

As with her sophomore feature “The Nightingale,” Kent said she envisioned working with an actual Aboriginal population to realize the story of Manifold. “You just can’t go in anymore and not collaborate. I would never even dream of telling an Aboriginal story without guidance from an elder from that particular region,” she said. “You’ve got to go to the source and follow the right protocols and show respect and be educated.”

Kent — whose “The Babadook” became a cult hit in 2014, grossing more than $7 million and even spawning a now-iconic LGBT meme — has been courted by major studios to direct. “I did entertain one blockbuster seriously and I thought, yeah, I could give this something really special. But then ultimately I heard about the way the films are made, and I thought it would kill me,” she said. “As it stands now, I’ve just wanted to make films like ‘The Nightingale’ or ‘Alice + Freda Forever,” referring to her upcoming 19th-century lesbian thriller.

The filmmaker added that whatever blockbuster project is on offer, “it would have to make me want to ditch making [independent] films like that.” When IndieWire asked Kent about being offered to direct the upcoming “Black Widow,” she said, “It was thrown across the table.” Set for 2020, the Marvel tentpole starring Scarlett Johansson as the titular S.H.I.E.L.D. agent and KGB assassin is being helmed by another Australian woman, Cate Shortland (“Berlin Syndrome,” “Lore”).